Primary Temporal Position: 0495
Reset Temporal Position
HighwayWizard:
>Kendra: RUN. RUN AWAY. You might have to give up on those files because the corpse-tent may or may not be a complete hellhole of terror and squelchiness right now.

No! Without at least a copy of the map, they'll be left, literally, stumbling around in the dark.

She has to at least try.

curiousTerminal:
Kendra, if you need the files, why not try going around the truck? head over to the front if the thing pursues you, and run around the side, making sure it follows you around to the other side of the truck, then book it to the corpse tent.

She slows for a second to check that the thing is still following her. 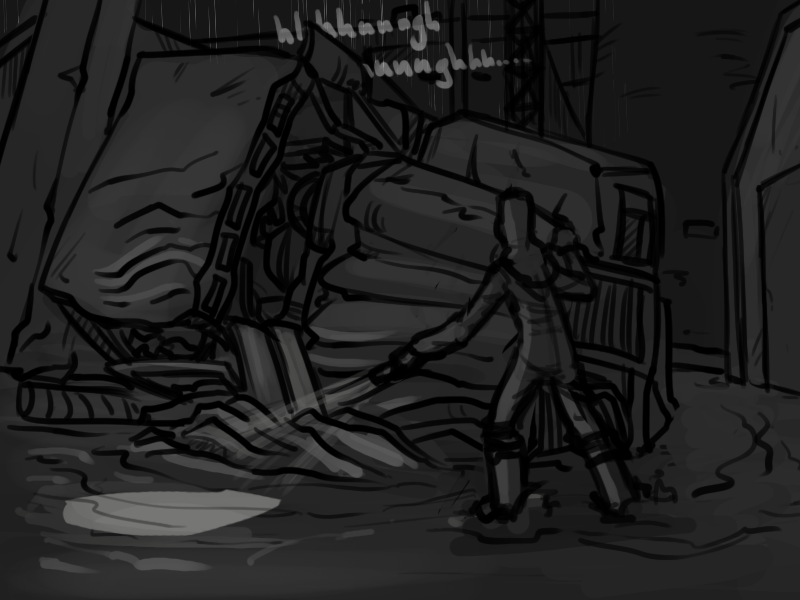 OK. She can do this. It's not as fast as she is. All she has to do is build up enough distance between them to run in and grab the papers. 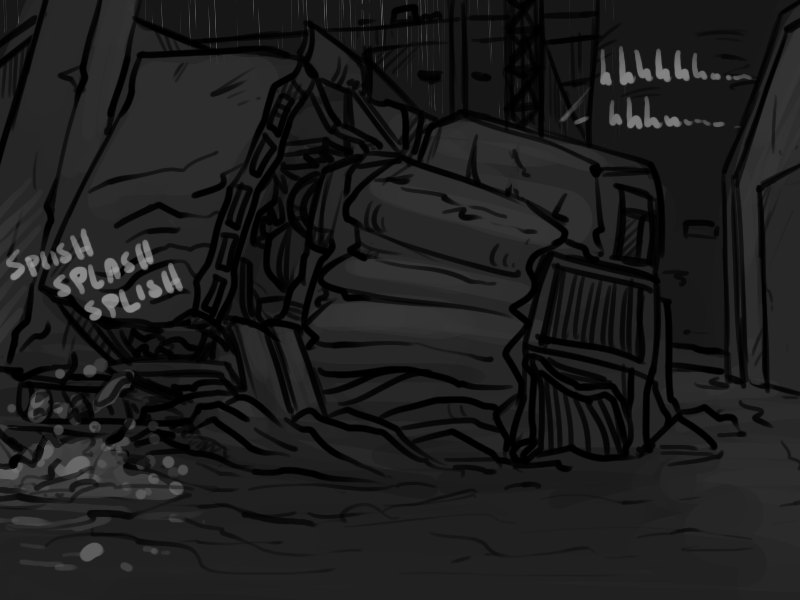 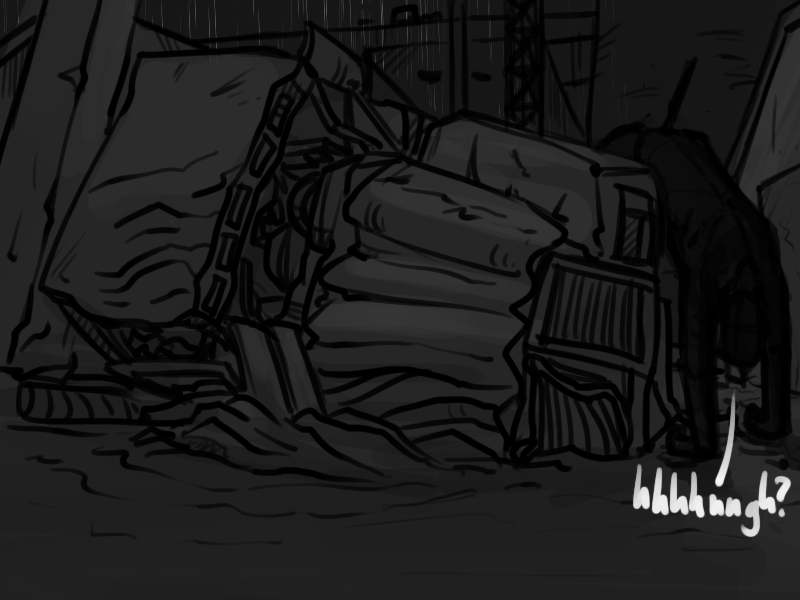 She lengthens her stride and keeps running.

HighwayWizard:
Hooray! It's been quite a ride to this milestone, Jack, and you're very generous to share a giveaway with us. Here's to time shenanigans, Nopes, and vidja games!

…Am I forgetting something? …Oh, right! Running from the horrific, squelchy Not-Human.

Thanks HighwayWizard! I hope you like Civilization, and that it doesn't consume your entire life (I cannot have games from that series installed on computers I own, because then I don't get anything done!).

curiousTerminal:
If you need one more nope gif, I have one:

And now for the polar opposite:

One can ALWAYS use additional NOPE gifs.

That other one is decidedly spooky!

Lacemaker:
jack-fractal:
A single feather, white, insubstantial. If held to the ear, one can hear the sounds of what appears to be an ancient marketplace. The language spoken is unknown, but one can hear the calls of camels and an ibis. In the distance is the sound of running water.

I will treasure it always, jack-fractal. Thank you.