No. No it won't. Ok… She tentatively tries touching the wire. Here goe -

Bina can feel the wire, rubbery and entirely WRONG feeling, rubbing up against the bones of her wrist. She tries desperately not to think about surgery, or nerve damage, or infections, or whatever the hell the wire REALLY is when it's not playing possum.

She tells herself to stop it. She'll deal with all that later. Her choices right now are leave it in there and keep bleeding, or pull it out and stop the bleeding.

That's not much of a choice at all.

She realizes that she does have one choice though. A pretty important one.

Crowstone:
have piotr yank it out as quickly as possible

tegerioreo:
Tie one end around a doorknob, then slam the door. It will hurt a lot but it will be over quickly. 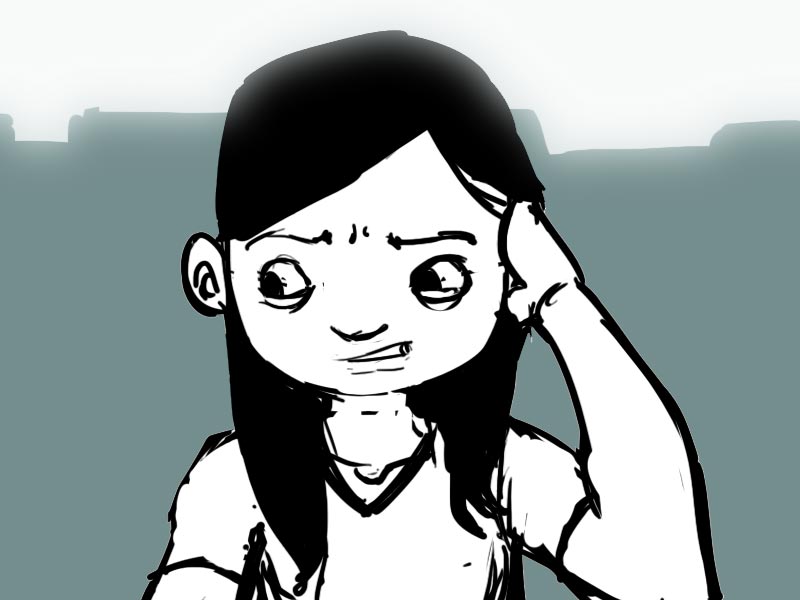 Kyky25:
Regardless of how bad it's going to be, it's only going to be worse if you leave it in.

>Pull it out carefully, try not to pass out again

Kyky25:
You're better off not taking it out too fast. Although the pain will be gone faster you're also more likely to damage something. The trick is to pull it out quick-ish but careful. 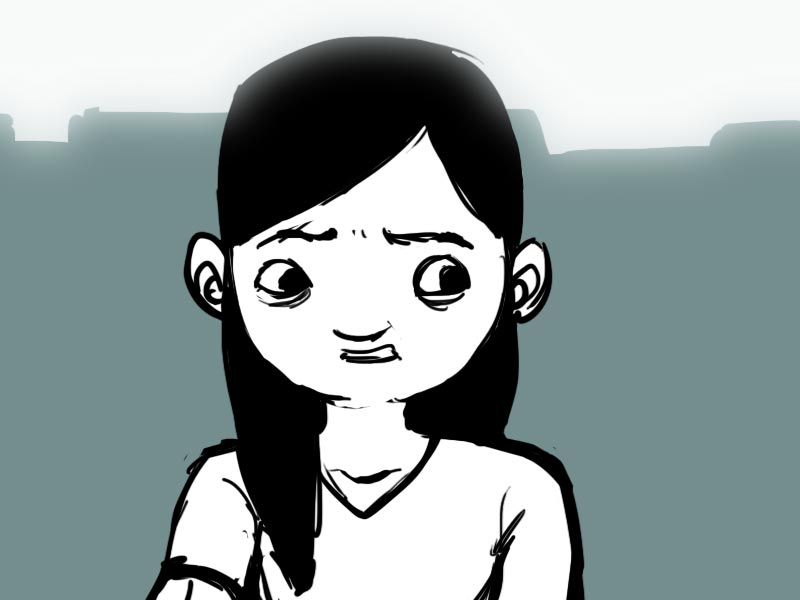 Bina hears the voice of the woman from the couch call out. She asks if Bina is OK over there. 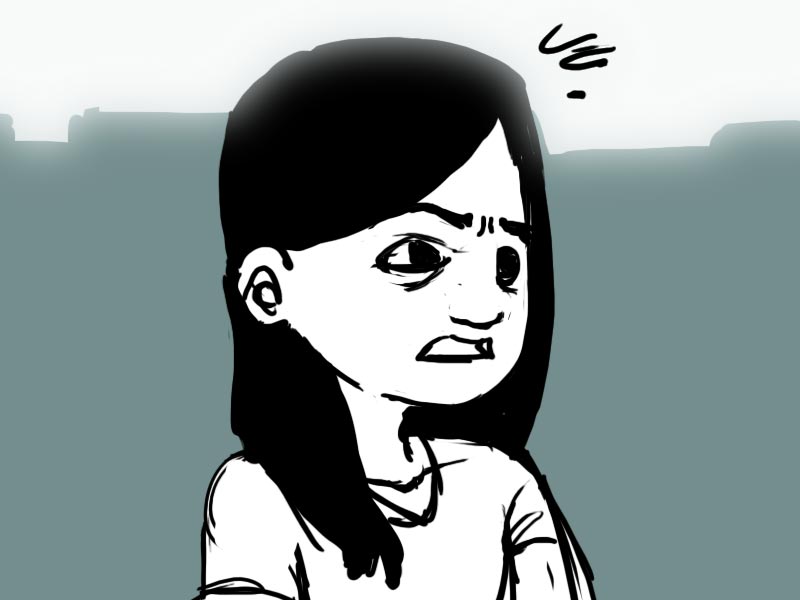 Bina replies that she's just PEACHY, really, but she's kind of in the middle of something right now.

The man yells that she needs to get that thing out of her arm. Very quick.

She yells back that THANK YOU, she KNOWS THIS, and would you both kindly SHUT UP NOW?

loneVision:
>Once you pull it out, you'll also need something to stop the bleeding, which will become more profuse once the blockage is removed. You're probably not strong enough to rip the fabric from your jeans, so you'll have to remove your t-shirt to use as a makeshift bandage… Hope you wore a bra today, dear. 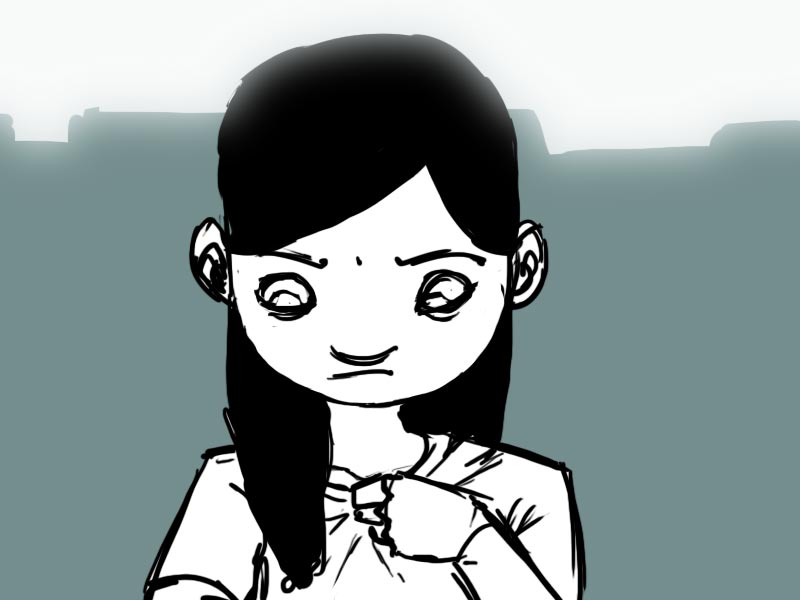 Oh crap. Right. She's going to bleed like crazy once the wire comes out.

Bina considers her t-shirt. She'd really rather not be even sort of naked right now, but it's pretty much that or her pants, and her jeans are denem, and thus not really bandage material. Not that she's going to be able to tear the shirt into strips anyways because that requires two hands.

Even worse, she's wearing her t-shirt right now and the wire stuck in her arm is connected to the totally-not-a-TV, which means that to get her T-shirt off she'd have to get the wire out first.

Errrr… that would be bad.

Chizita:
>Use Granny's scarf instead. 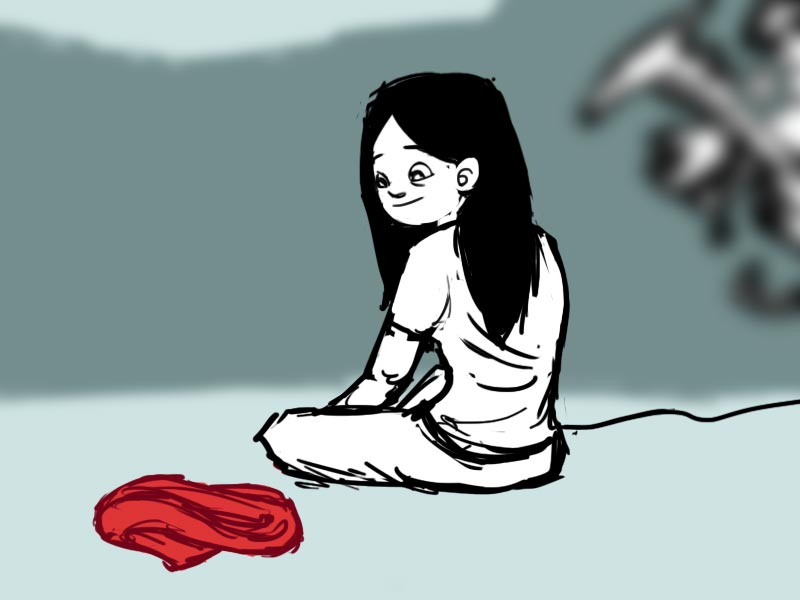 OK. Yeah. That will work.

The next update is Bina pulling the wire out. Vote with your suggestions. Fast or slow? The most popular option is what Bina picks.

And you lucky ducks seeing this immediately after I post it will see a partially finished copy of the last panel because dammit, I'm updating before midnight.