Bina agrees without argument. It's been about ten minutes since the crane stopped, a good fifteen minutes, since Elizabeth went over the ledge. Bina can feel the passage of time as though it were a physical thing, slick fabric sliding through her hands.

"How do we get it started?"

"We shift our weight back and forth."

"By leaning against the opposite walls?"

"Eventually, but I think we can start standing still."

"OK, but we still better dump these. We don't want to trip, and we can't jump while carrying them."

They toss their walking sticks. Lot of good they've been so far. 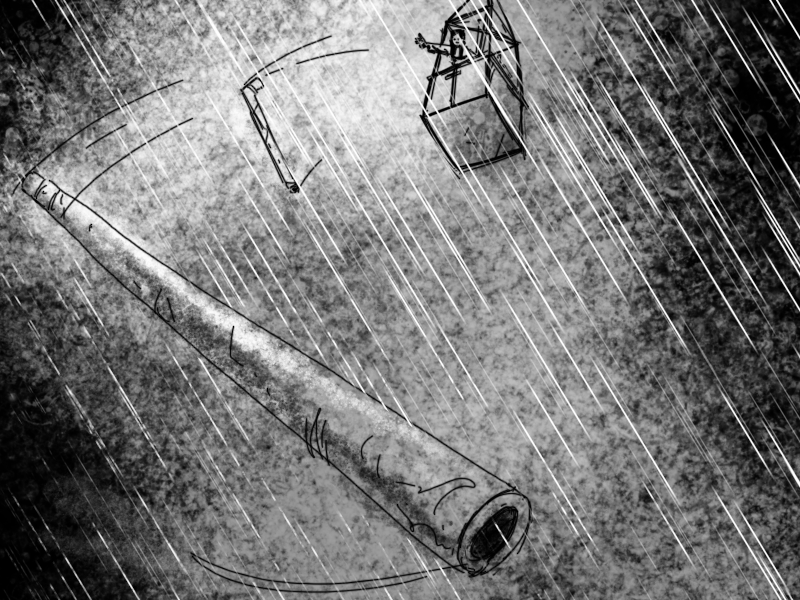 Next time she's picking out potential weapons, she's getting something that works at a distance.

"What about the backpack?"

"We have to keep it. We'll need the flash-lights, but the bigger reason is that I have no idea what will happen if we drop the Thermos. If the shard inside it breaks, it could, you know, do bad stuff."

Bina remembers that she hasn't told Kendra about the television and all that bizarre nonsense yet. "Weird bad stuff."

"Right, ok. I'll hold onto it. Here, lets stand facing each other like this. OK?"

"At the top of the arc you lean the other way. Like a big swing. When the arc gets long enough, we start leaning against one railing, then the other."

"You think we'll make it? I mean, can we make it swing that far?"

"The cable is really long, and it's not that far away. I think so."

"Are you going to be ok with this?"

"No, you know, swinging… jumping."

"I'll be fine!" Her voice is high and brittle. 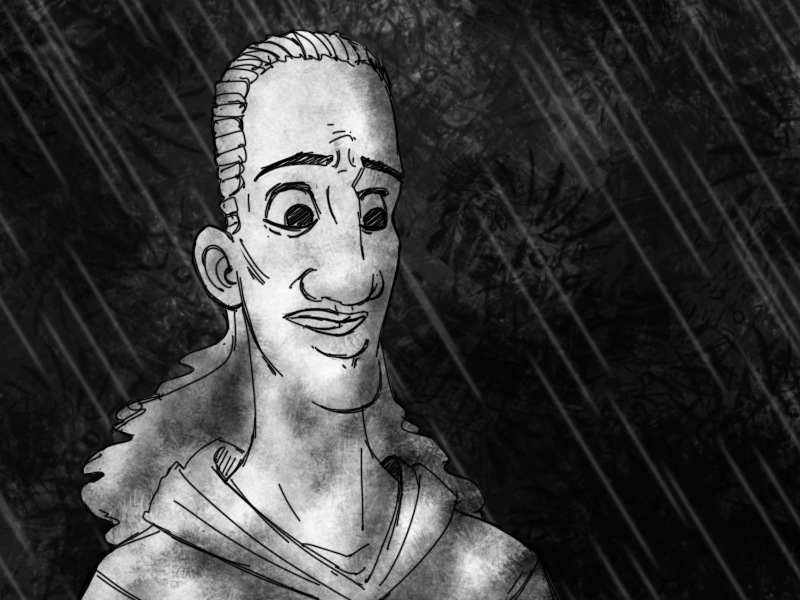 Bina is really hoping she doesn't end up having to push her.