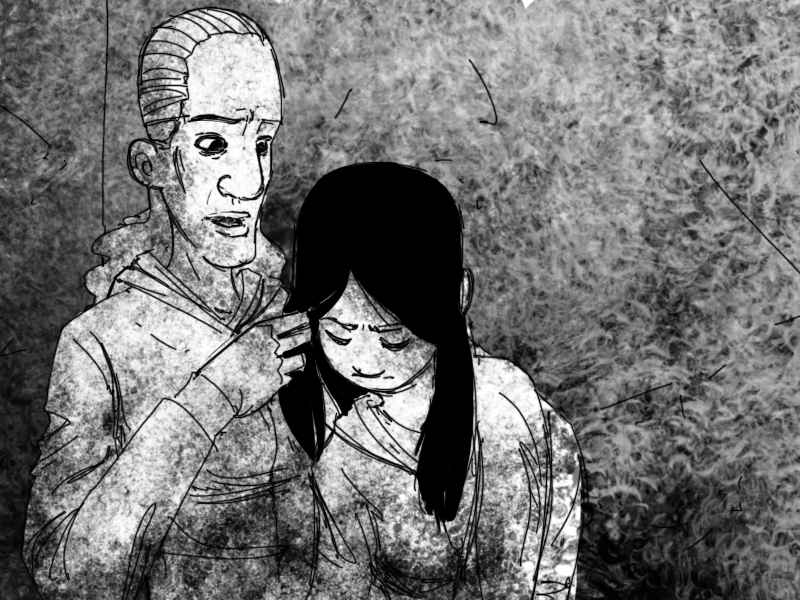 "You've never seen anyone die before, have you?"

Eventually, Bina says, "I… have an idea you aren't going to like much."

"Well, I don't like anything much about this situation."

"I know, but you're really going to hate this."

"If it gets us out of here before Gregor figures out how to get control of the crane, I am willing to try anything."

"Well, we could, you know what Eliz - what she was saying? Before we went up? About how we shouldn't move around much 'cause it might make the gondola swing?"

"Well… we could do that… we could swing the gondola."

"You are right, I am not liking this idea."

AweshumeT:
Swing the gondola. Then slide down the other rope(coil)

"And then we could… like… grab those power lines and climb down."

"You think that would work?"

"Nnnoo? You don't think it would work?"

"Well… what if you missed?"

"Or what if the line snapped? Or came unplugged?"

"And those lines are wet and one of them is broken, so even if you got down you'd run the risk of getting electrocuted or -

There is another long pause.

Kendra figits for a few moments and then appears to start saying something several times, but stops herself before she gets the words out.

Anomaly:
Try to land in the mud. That should cushion your fall.

obsidalicious:
I can't quite remember the layout of the place, but is it possible to land in the mud. That should cushion your fall a bit, and this time, you'll be wearing hazmat suits so the toxicity isn't an issue this time.

"No! I mean, we could do what you were saying. We could… we could swing the gondola until it was out over the mud and then jump. Force is mass times acceleration. That means the force from a fall is inversely related to the length of deceleration."

"The mud saved us before. In the basement. When the building collapsed. We jumped down, it wasn't this far maybe, but -

"That's what I was thinking. It could work. I'm not saying that it wouldn't hurt, especially not if we landed on something sharp, but…"

"But it could work."