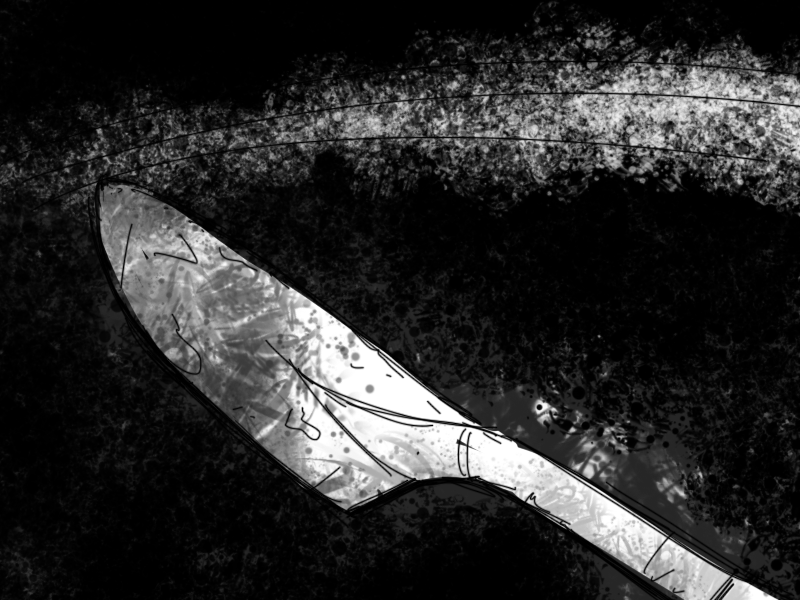 BreadProduct:
We can't just tell her to run. She doesn't have adrenaline going. [She w]on't act fast enough. 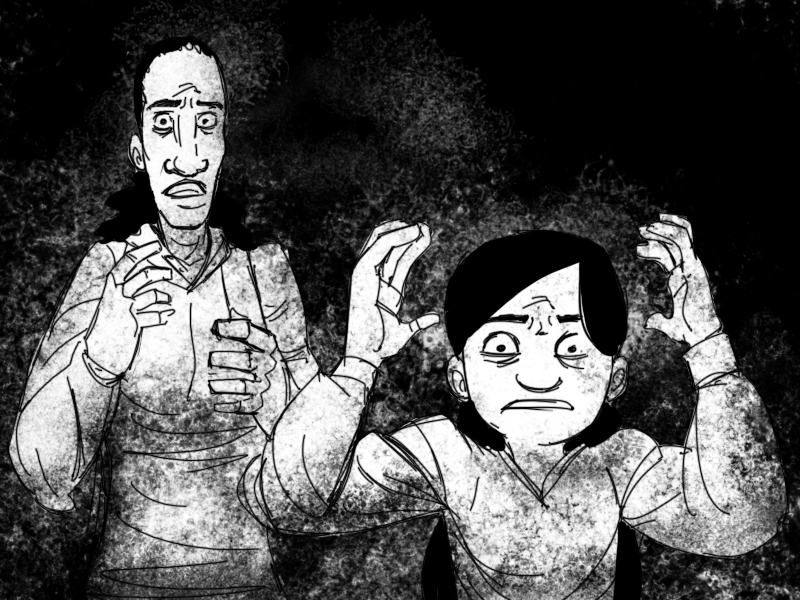 BreadProduct:
Is. Is she standing next to the pit? Where she can be pushed off? :facepalm: 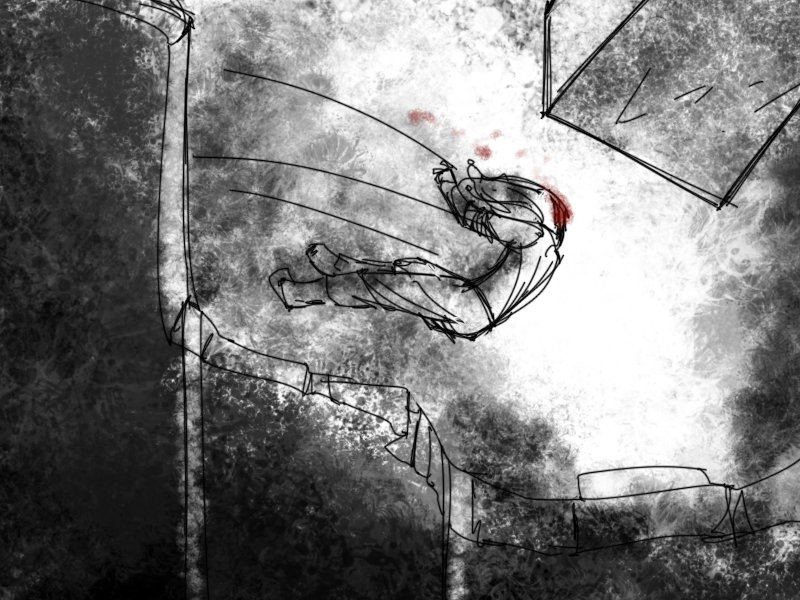 The brushes used in todays panels were created by MissyDemona. She makes good brushes. I like 'em.

Yesterday was day 450 of this thing I'm doing. I'm not even really sure how to process that. This adventure was supposed to last, at most, like three months. Maybe. I was really hoping I could do it in one month.

It is to laugh.

I don't know how this is all going to turn out. I have some ideas for what might happen, but the people commenting really do change my mind. The characters do things I never expected them to do. The world does things I never expected it too. When the thing behind Bina turned into a TV the first time, I was as surprised as you were.

I am happy with how far I've come in a year and three months, but I'm also… tired. I work at a demanding job five days a week. I draw or write for between three and four hours a night. I don't have much of a life.

I've learned a lot. Mostly I've learned that trying to write a complex story in an interactive format, like this one, is very hard. Trying to do foreshadowing, thematic consistency, pacing (good god, pacing!) when you have no idea what you're characters are going to do tomorrow, is really tough. All the other quest creators out there have my immense respect.

I listen to a lot of writing podcasts and some of the most common advice that I hear is "Don't worry about the first draft. The first draft is just for you!"

Except when it isn't.

Except when the first draft is the only one you get.

What am I going to do in the future? Well I'm going to keep going as I've been going until I finish this thing. Like I said, I don't know when that's going to be, but I suspect that we're well into Act 3 in a five act structure. There are people out there laughing at this, as I've been claiming that I'm 2/3rds of the way done this thing for about six months now, but I'm really for serious this time! (For reals!)

The main thing I'd like to get going would be a website mirror. I've been told by several people that they're not the best format for reading something like this. I'd like a kind of infinite scroll-ey-thing, as that seems like it would fit this format really well. Unfortunately, making that work is proving to be challenging (mainly 'cause of time constraints).

I'll figure it out.

Anyway, I wanted to say thanks again for everyone who is still reading and commenting. You are the best. Thank you. I have to go draw the panels you've all just seen now. Not the happiest day for panels. Poor Elizabeth.

PS. This got pretty rambly.