"What? Come on, I don't want to meet government agents while wearing handcuffs. They'd get the wrong idea."

tegerioreo:
Unlock the cuff. This is no time for spiteful shenanigans.

"Yeah ok. Just… keep a look out ok? Every time I do this, that giant dog shows up."

"Every time you do this? You've only done it once."

Without the pressure of imminent horrible death, picking the handcuffs goes much smoother. 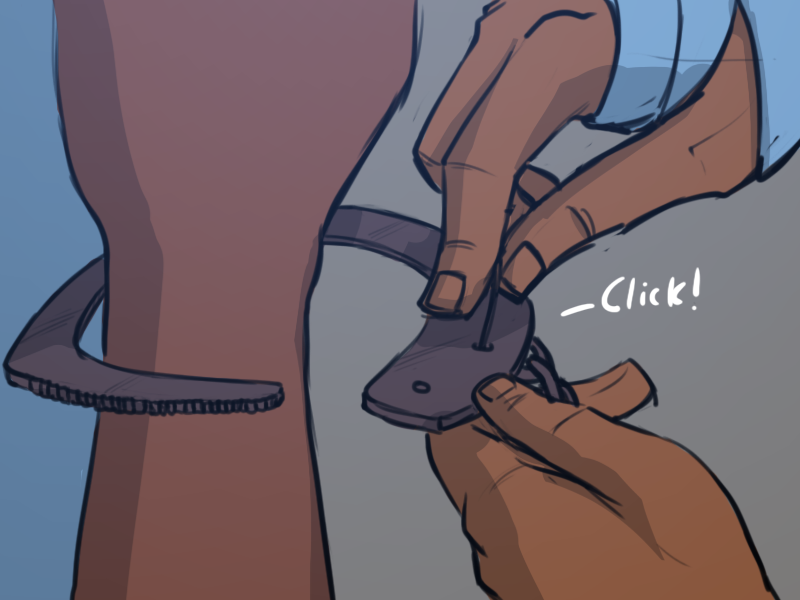 "Where'd you learn how to do that anyway?"

So there's some confusion about the gas-mask.

Bina found the gas-mask when she was running from Gregor. She decided to take it with her into the office where she passed out and had a seizure.

Gregor took her to the basement. There was another gas-mask there. She never figured out if it was the one she found, or if it was one being used by Gregor. Either way, the note in the green envelope told her to try to grab it.

Bina didn't. She grabbed Kendra instead and lost the gas-mask when the Laundromat collapsed. An easy trade.

When she asked B12 in her dream about it, B12 told her that she wouldn't die, but that she'd be miserable as a result.

Thus far, they have found no gas-masks in the camp, though Bina found some gas-mask filters when she was rifling their supplies.