"Uh, we tries to leave a message."

There is a lot of static. Bina is having to listen close to understand what the person on the other end is saying.

"There," says the voice. There are several clicks, "Is that better?" 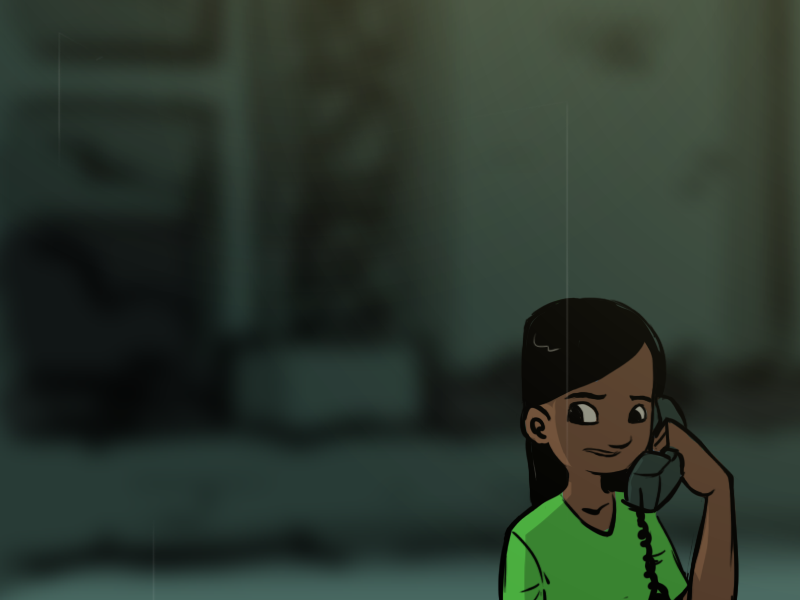 The static is just as bad, but now the voice sounds flatter and tinny. Bina thinks they might have turned on some kind of audio filter on their end.

"Well it's better for me. How did you get on this line?"

"We just, uh, we picked up the phone here and it just sort of called you automatically."

"Wait, you're down in the camp?! How did you get there? You really shouldn't be there!"

"Yes! We know and TOTALLY agree! It's just - the laundromat collapsed! There was a tunnel and, some stuff happened and we ended up in the factory. We were looking for a way out, so we came here."

"Oh jeeze, is that what that big noise was? A building falling down?"

"Uh, probably! It was sort of a busy time for us, us being, at that point, under the building that was in the middle of falling down. I'm not really sure what it sounded like exactly. I mean, from outside."

"That's… not good. Ohhhkay… can you put Josh or Kate on? I don't want to worry you, but you're in a very dangerous situation."

"She's telling us that we're in a dangerous situation." 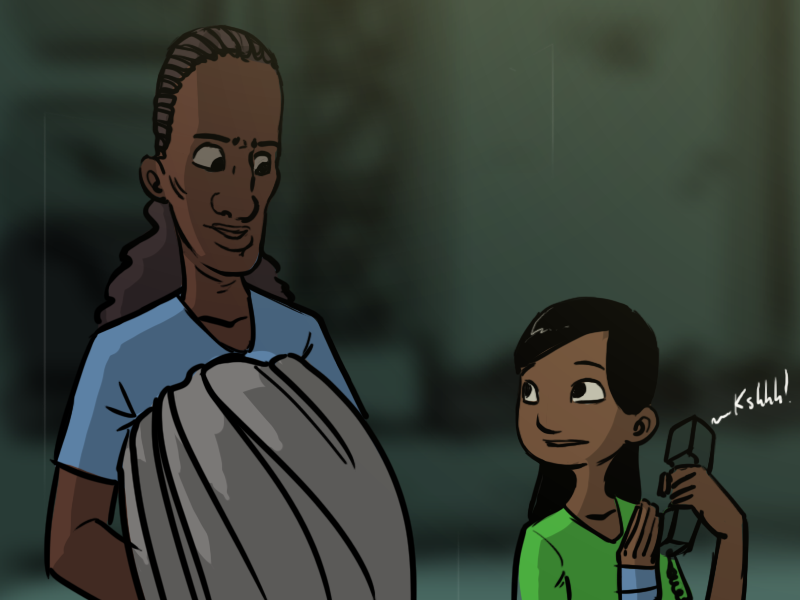 "Oh great! 'Cause we neeeeeeeever would have figured that out."

Kíeros:
> Tell them that you […] would really like to get out.

"Look, we know it's a dangerous situation! That's why we'd really like to leave this situation as quickly as we possibly can!"

"Weeeeee can't. They're not here."

"We did mention this in our message."

"Is that another person? How many of you are down there?"

Lacemaker:
Answer the nice person's question. Your name is Bina, and you are trapped here with your friend Kendra and are very lost and possibly in need of medical attention.

"There's just the two of us. My name is Bina Miryala, I'm a student at McGill, and I'm with Kendra here. She's a traffic enforcement officer -

"Who is also a student!"

"Who is also a student. We're not doing super great, right now, and the controls are broken, on the crane. They've been sabotaged. Can you control the crane from where you are? We need to get out of here!"

"You can't! Not right away. You're covered in - there's a quaren - we can't - they'd kill me - OK, look there should be two other people down there. Scientists. They SHOULD be stacking sandbags but they might be in one of the pressure tents. You need to find them, all right?"

"We uh, we looked but - uh, well we think maybe something happened to them."

When the voice comes back it sounds different, flat, accusing, "What happened to them?"

Professor:
+1 Reader, by the way. Haven't caught all the way up yet, but I'm midway through.

Wooo! Thanks Professor! I hope you're enjoying it.

tronn:
Seconding this. Also, this entire sequence made me laugh, well played!

Yay! It is always nice to know that, when you're trying to be funny, you're actually succeeding.