Primary Temporal Position: 0424
Reset Temporal Position
tegerioreo:
Are the bodies mummified or preserved somehow? Notice how odd it is that you haven't noticed a charnel-house stench in here.

There is clearly some heavy duty air conditioning going on in here. The air isn't just not-smelly, it's got that processed sterility you find usually in expensive offices run by former hippies. No temperature at all, hot or cold, and filtered until flavourless.

Her Yorick, laying on the table, is pretty dry. Just bones. 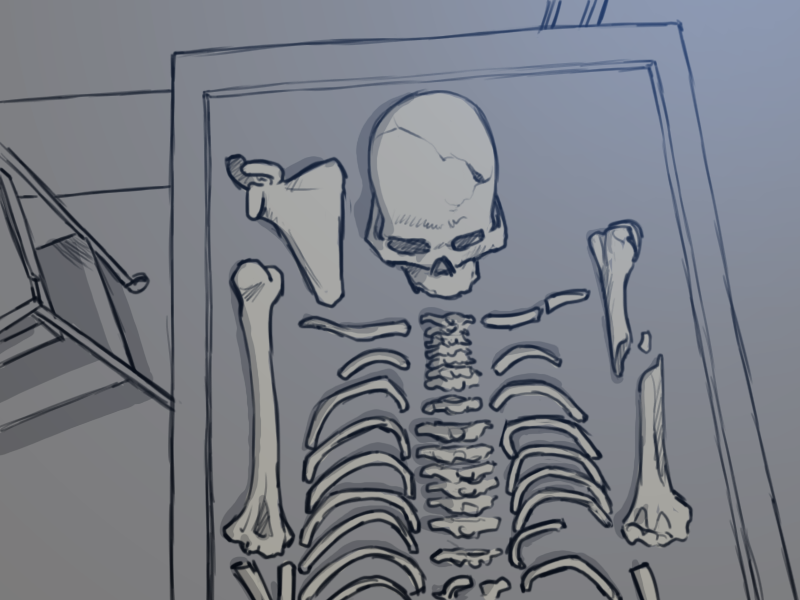 The rest… she's not so sure about.

If they were under the mud, wouldn't they have just rotted away?

This place, this laboratory or camp or whatever, doesn't feel set up to handle a lot of water. They'd have boats, and life jackets, and… stuff. Right?

And how would they have found all these bodies under the mud?

Thinking of that, how'd they clean this area in the first place? Did they place the sandbags, pump the mud out, and then set up the tents? That doesn't make any sense.

Kendra hesitates for only a second then taps on the foot of one of the bodies. 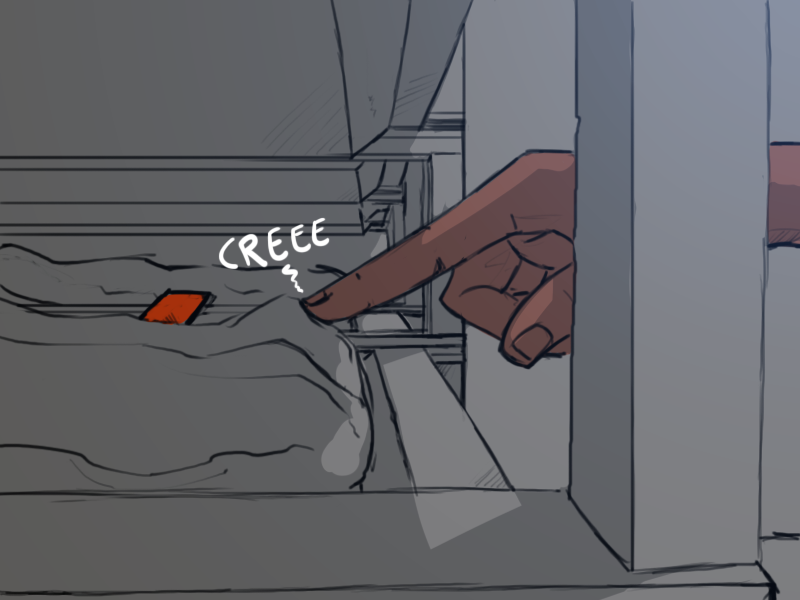 A brittle sound, and under her finger, hard not squishy.

The only thing that makes any sense is if they placed the tents first and then the mud showed up later.

It's not earth. The mud is full of junk, but it's all artificial junk. Pipes and bricks from the factory. Rubble. Gears. There's no pebbles or roots. No fibre. It's smooth, almost sticky, like clay.

And gas masks. Bina had found a gas-mask. Not just that, she'd been told to keep a gas-mask, hadn't she? By her spooky tomorrow-self?

Told she'd be miserable without it.

Well Bina's been pretty miserable, but Kendra can't see how a gas-mask might have helped matters any.

Unless the mud is new.

Unless it used to be something else.

Unless it used to be -

"Dust," says Kendra, "It must have been all been dust before the rain. Heaps and heaps of dust."

And under the dust, corpses.

Aaaah! This is so cute! Thanks Xooxu!