She's considering it. Wandering around down here without shoes is an invitation to tetanus and probably worse things.

Sporothrix:
>Kendra: take skull, succumb to overwhelming urge to do that one quote. You know the one.

Kendra thinks that this particular Yorrick has probably suffered enough.

She briefly looks around.

On the instruments table is something that looks like a sci-fi blaster and a hair dryer had a baby, and that baby was designed by Steve Jobs. 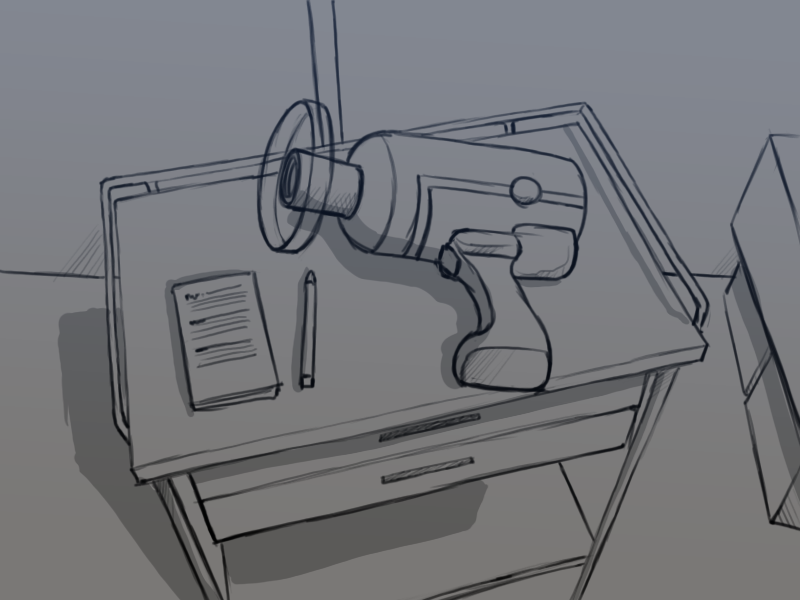 ArcusofBrambles:
Are there any notes about the body lying around? I'd suggest skimming those to see anything unusual, although it'll probably be a dry read.

Beside the strange device is a small notebook.

She reads the top page of the notebook aloud.

"2:45pm - Took break, talked with CJ, more remains in Sector 7. Told her to mark and log them, but not to bother Wong or Lia for recovery, they've already got their hands full."

"3:01pm - Attempted to use portable x-ray machine to take dental scans of C12-1 again, this time with additional shielding around lenses provided by Yosef's team. Still junk. Plates are completely fried like before. Bagging them for the lab anyway, maybe they can get something useful out of them."

Hmmm. Doesn't sound like they've had much luck identifying the bodies.

Lacemaker:
Talking to inanimate objects is more normal than you'd think, especially when you're under stress. It helps people process their emotions in a healthy way.

Now clean the blood off your hand? Pretty please?

Eurgh, yeah, the blood is getting sticky on her fingers.

Kendra walks across the room to the shelves and finds the wet wipes Bina mentioned.

From outside, she hears a clunk and a hiss as Bina starts the shower, then a startled yelp. She's been waiting for this.

The only response is gargled curses. 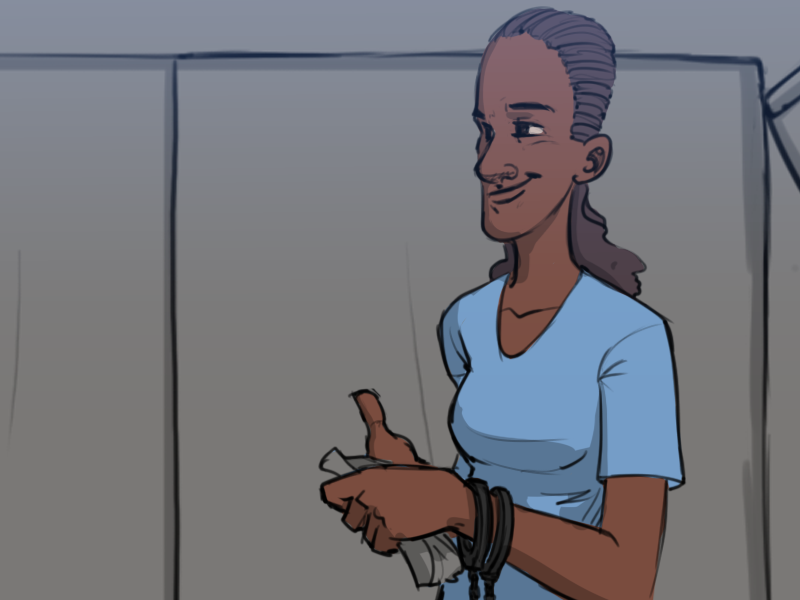 Yeah, the water in that shower is pretty cold.