No, it sounds like she's still freaking out about being naked. Extreme body modesty wasn't something Kendra had expected from Bina, considering how well she's handled everything else.

Still, everyone's got their thing. Five years ago it would have been Kendra freaking out at being naked in front of another person.

tegerioreo:
You cannot resist the curtain's siren song for much longer, Kendra…

Yeah, better grab that. Kendra's not convinced that the journal is going to be in any kind of readable state if they can even get at it, but they have to at least try.

Also, its a distraction from having to think about what they're going to do if that phone out there never rings. She's not looking forward to having to have that conversation. 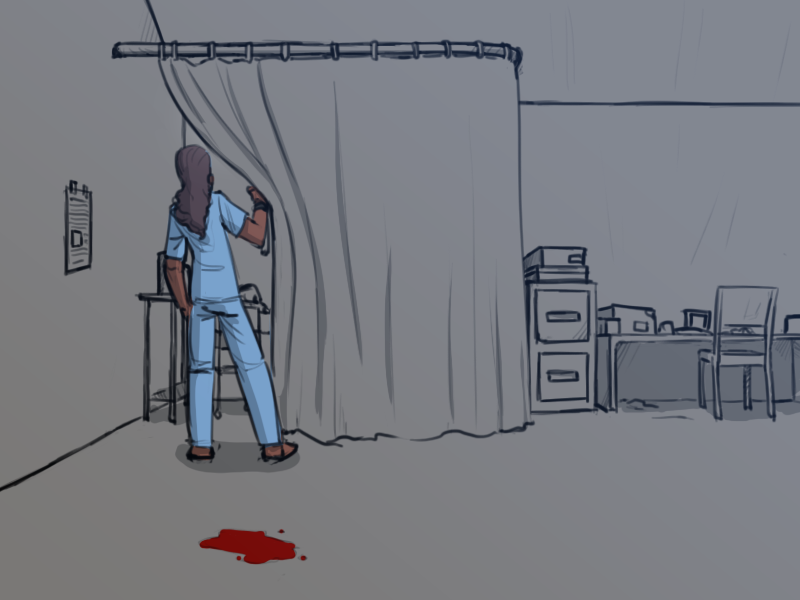 OK. That's actually not as bad as she was expecting.

The skeleton is fleshless, disassembled. 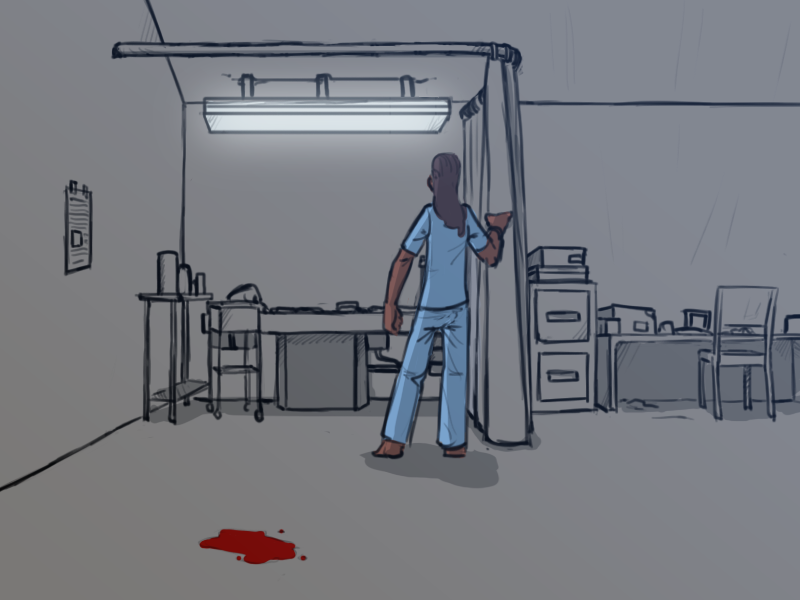 It's weird, but the skeleton's presence just heightens her sense of unreality. Procedural crime dramas have, apparently, warped her reaction to real bodies.

The first thing her brain kicks up after seeing it is "the left arm is a little misaligned", which, on reflection is probably better then the more understandable reaction of "Aaaaah!" following by puking noises.

"Not much I can do for you friend," says Kendra, "Sorry. Also, I'm goinna have to take your curtains."