Primary Temporal Position: 0413
Reset Temporal Position
tegerioreo:
See if that flashlight is normal in your other hand. A directed beam of botfly glow could be VERY useful, in some totally unforeseen situation later on.

Kíeros:
> Okay, grab more flashlights, and test them only with your left hand.

Xander:
Yeah, we might wanna move the green light to our other hand and flick it on. Put the other one down first though. I'm not sure if the greenlight is temporary or permanent, and if it's permanent, we don't want 2 green lights.

CrimsonMage:
>Switch hands. Is it your hand or the flashlight that is the cause of the light this time?

OK, that was really weird. Weird enough to warrant some quick tests.

She switches the green light to her left hand and turns it on. 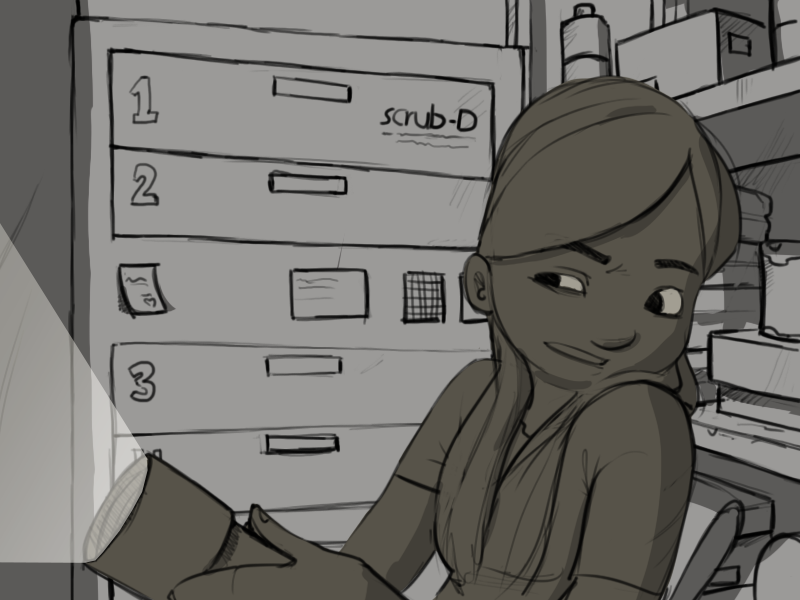 So it looks like whatever shenanigans is going on isn't affecting the light permanently.

Then she keeps the light on and brings her left hand closer too it.

Maltor:
Hey, we have a way to funnel the green light now!
Morphimus:
> Honestly, this could come in handy. I think flicking a switch on and off could be more controlled, quicker, and easier than removing a bandage and putting it back on. If you end up needing it, you could use the green light more effectively this way.

Ha! Look at that! This could be useful!

Way easier to shine un-light this way, and safer then taking off the -

Kendra! Calling from outside. Oh god, is she in trouble -

"Did you find anything? I'm done!"