Bina looks around, hoping that there isn't going to be another bleeding dead person. She's pretty much used up her quota of dealing-with-bleeding-and/or-dead-people and one more might just push her - 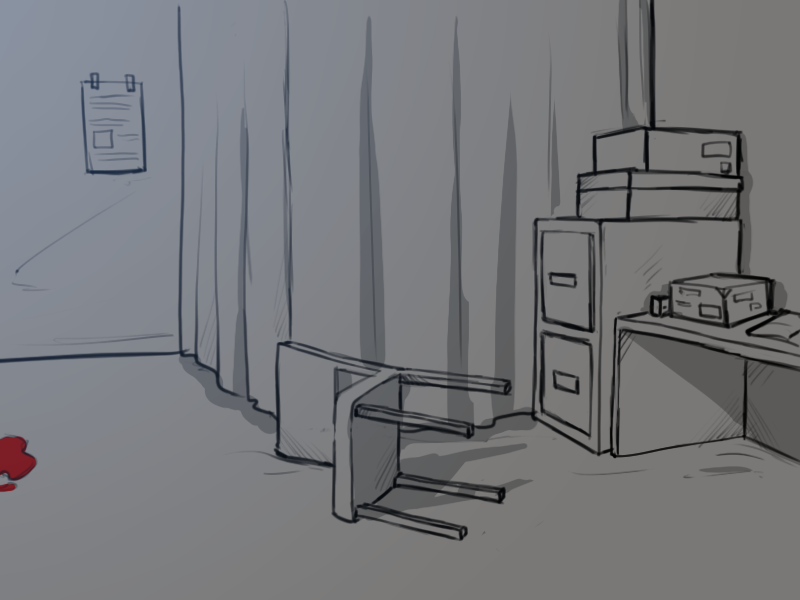 Someone knocked over the chair, but there isn't any more blood. Just those few smears by the morgue shelves.

The phrase 'stacked like cord wood' floats through Bina's mind. 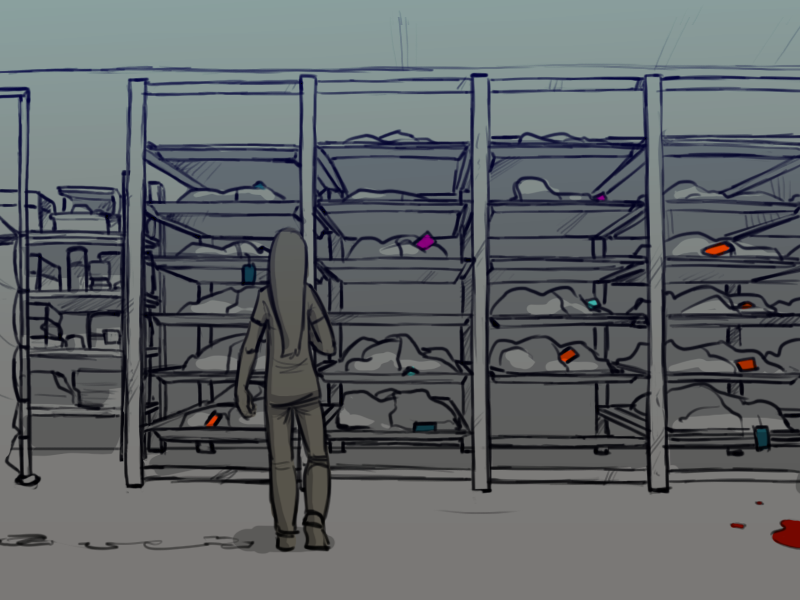 What IS cord wood anyway? Is it like… wood made of string? No, that doesn't make sense. Maybe if you wrapped some rope really tightly to make a kind of - no that REALLY makes no sense, and why would you stack it? Cord wood being, apparently, particularly stackable.

Maybe the cords are involved in cutting it down.

She's never heard it used to describe anything except bodies.

Viiranen:
Bina: See what the bright, colourful, happy! tags have to say! No panic!
Kíeros:
> Do the tags match the ones you found? 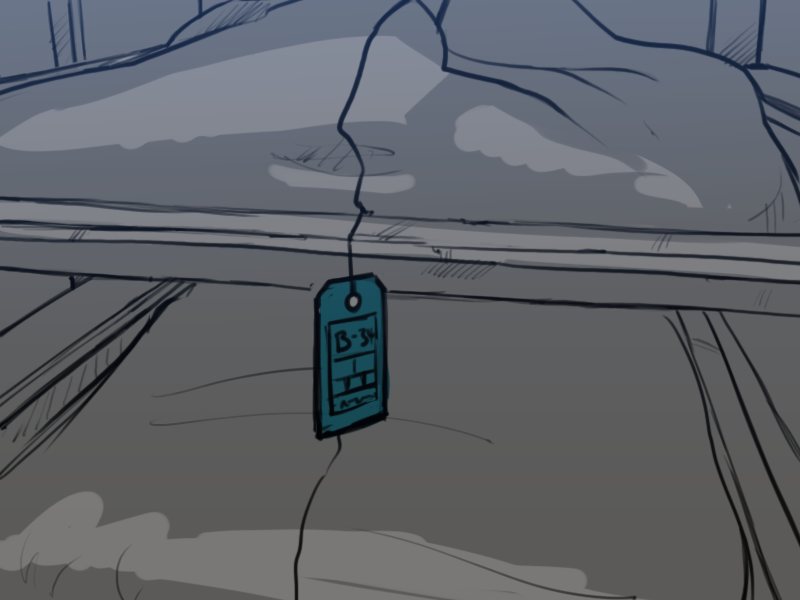 She doesn't remember seeing this flag specifically, but it probably means that this body was found in sector five, the one that she and Kendra walked through.

The highest number she remembers was the first one they saw, 5-72. Were they all bodies? The flags?

The idea makes her shiver. If she'd fallen just one more time while she was dragging Kendra. If she'd slipped on something, or twisted her ankle, or anything, they'd both be down there too.

Would we have had one flag or two? When they found us.

If they found us.

God, she wants to get clean.

Viiranen:
Several spots seem to have missing bodies, five and the top row that I can count.

There are a lot of them here. She does a quick count. Twenty five. Some of the trays are empty, and one tray is missing, but that's still a lot of dead people. Twenty five bodies.

At least they don't smell. The air in here is clean and dry. Sterile.

She looks again at the bodies stacked like… bodies.

Who ARE all these people, and what were they doing down here?