Aaaaaargh! What is she doing!?

Bina leans against the tent flap inside and feels a few moments of fiery embarrassment. 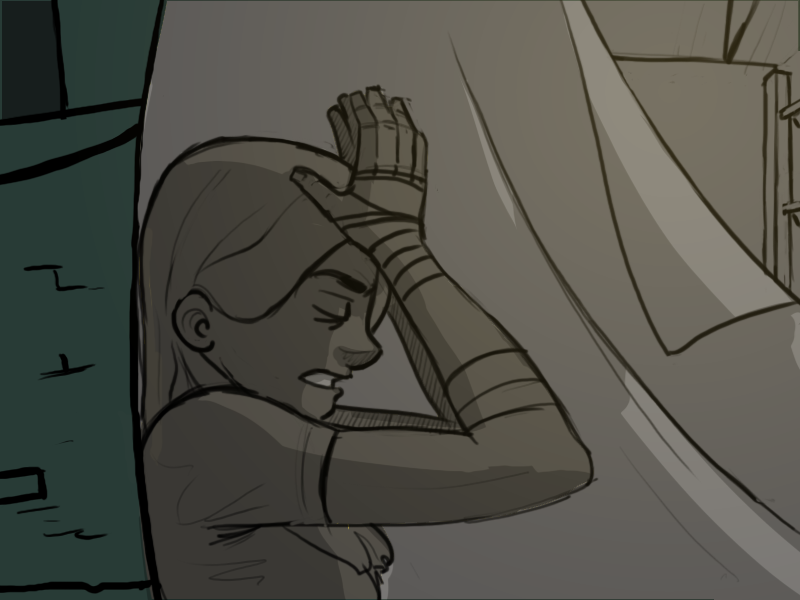 It's not, it's just that she was expecting, I mean, OF COURSE there was only one shower and it was outside. Right? 'Cause it was used to shower off suits. Hazmat suits. Not like, regular shower stuff.

She's not a prude, it was just, you know, unexpected. A surprise. Like, hah ha! Take off your clothes now. Be naked. In front of this person you barely know.

This is ENTIRELY the wrong time for that particular train of thought. You are in a life and death situation here!

Besides! She's ten years older then you, and she's probably straight, AND you're both maybe going to die of TIME CANCER.

And, most important, you're taken. Sort of. It's complicated.

GET IT TOGETHER BINA!