"Where do you think they are? In the tents?"

"No, the rule says 'before entering the tent', so it's gotta be outside somewhere. It won't look like a regular shower. It'll look more - 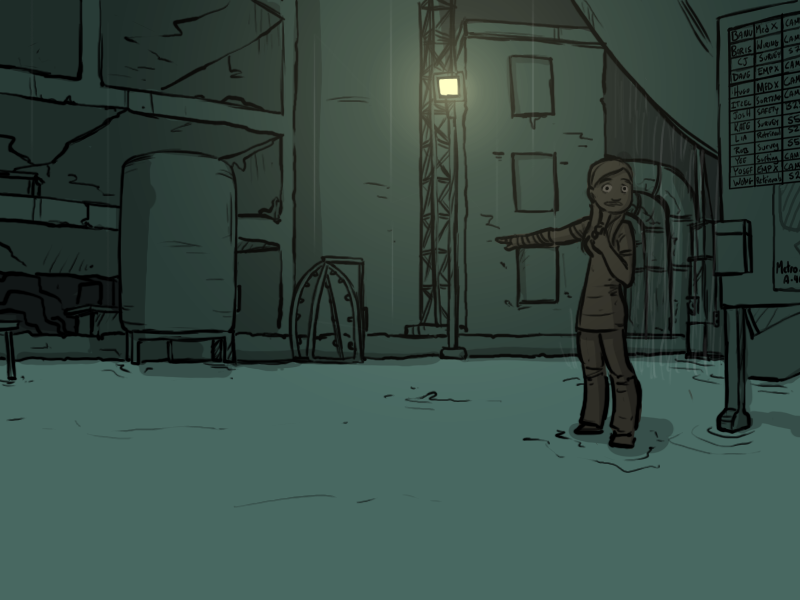 "I was wondering what that thing was for."

Fuade:
>It can't be TOO lethal if all you would have gotten was a gas mask, considering that mud has been leaking into an open wound. It's probably just standard paranoia where they find some new science stuff and go "the shit is this fuck get a suit it may be the next radiation oh jesus"

"It can't be that bad though, right? They're probably just freaking out because of the time stuff."

"But if it WERE that bad, then wouldn't we already be feeling it? We'd already be sick."

"And you're feeling good right now?"

"Well, no, but that's just you know… I got stabbed through the arm by an alien bug, had some kind of time seizure, then I had a building fall on me, and I keep tripping and banging my knees and my hands really hurt… and it's just stuff. I hurt, but it's just stuff. It's not, you know, what you're suggesting." 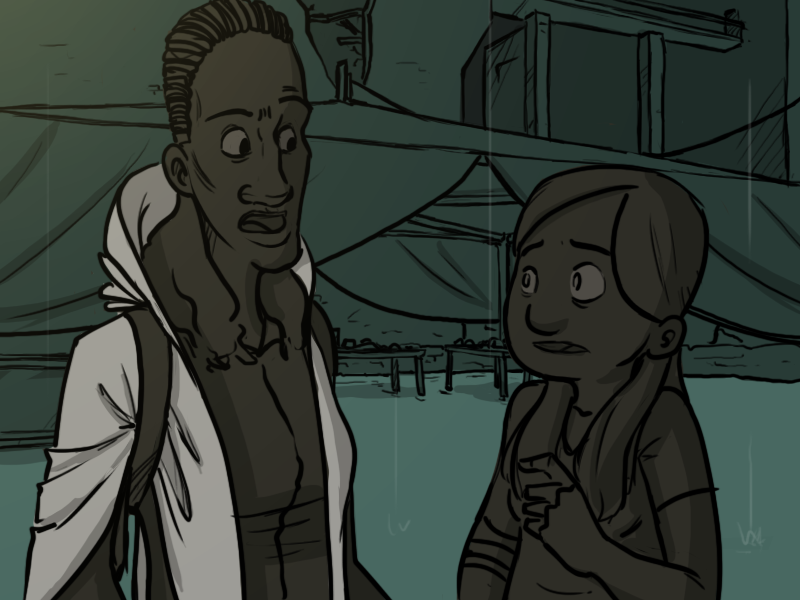 "That is because I am not convinced."