They both sort of panic.

"I don't know! Just say something!"

tegerioreo:
Leave a message summarizing your predicament just in case anybody checks the voicemail.

Kíeros:
> "I don't know who they are, but we have gotten stuck in here and would like to get out".

"Yes! Right. We need help! Uh, we don't know where Kate or Josh are. There isn't anyone down here, it's just us, and the crane controls are broken and we'd really like to get out, of here. So, if you could maybe, do that… that would be great!" 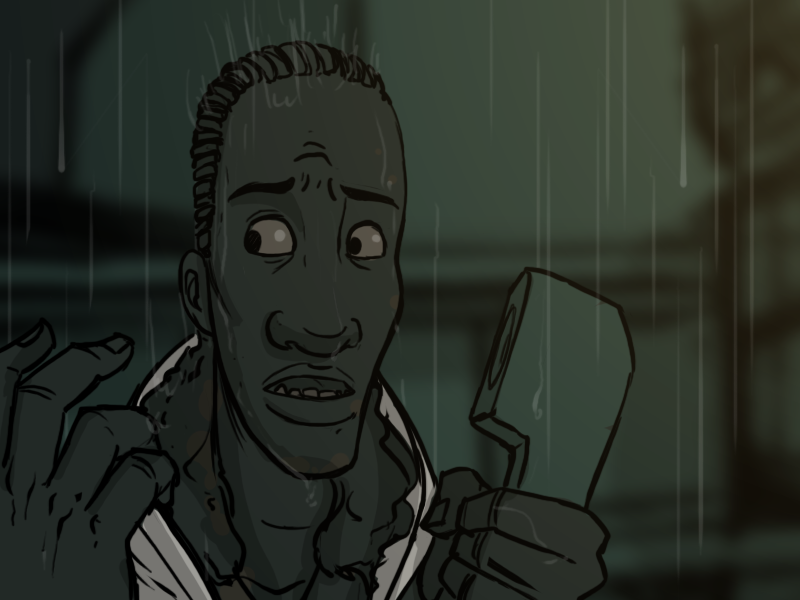 wolftamer9:
> (snip) and suggest they tell the police about the crazy man with a shovel who ran the collapsed laundromat

"Uh, you should also be really careful and maybe call the police because there is a dangerous guy who is attacking people out there and -

" - And he might hit you with a shovel. So call the police!"

"Oh! There are probably police around the laundromat, because it just fell down. Like, an hour ago."

"So maybe you could get those police? That's an idea. Please call us back, or send help or maybe do both? Soon. 'Cause we really need help! Uh… OK. Have a great day. Bye!"