Primary Temporal Position: 0388
Reset Temporal Position
ArcusofBrambles:
Oh yes, because two half frozen, near physically exhausted people who have never had a moment of training in how to properly sneak about are going to be able to subtly hijack a crane without anyone noticing. Well, break a leg you two!

"You realize that my only experience in sneaking consists entirely of the one time that I tried to get into my appartment after a concert while my parents were asleep when I was seventeen, right? A task at which I did very badly and as a result of which I think I may technically still be grounded."

"A bowl of fruit was involved."

tegerioreo:
Sneaking in [strike]ankle[/strike]thigh-deep ice-cold mud? Sure, Kendra. Should be a breeze. Go for it.

"I'd also like to point out that we are also in freezing mud that's up to my thighs, a fact which is currently negating our ability to walk in a non-splashing mannor?"

"No no! We should try it. I mean, this situation cannot exactly be made worse at t-this point can it? I mean, aside from the badgers and snakes you mentioned earlier."

"All right! Jeeze. Can we at least try to get a look at them before they see us? Or do you think that will cause the roof to fall in on us or something?"

"It might do that anyway, I honestly don't know how its still st…"

"Come on! You're the one who doesn't want to get dissected." 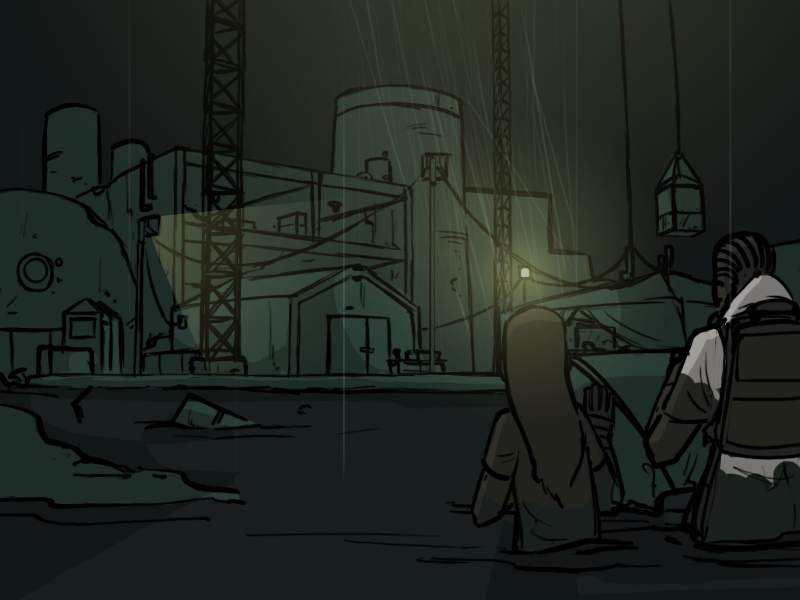 "Well this has gone GREAT, I d-don't see anyone. Do you?"

"No. I hear something though, machinery."

"It's an industrial s-sump. They must be p-pumping out the water from behind the sandbags."

"How can you possibly identify that by sound."

"I s-spent a lot of time on construction sites when I was a kid!"