"Anyways, it looks like one of those things they use, you know, on surveys or archaological sites. Marking things of interest."

Corpseguide:
>Use it as a flag to claim this mud pit as your own

"Or, possibly, it was used to claim that this heap of rubble and this uh… this big metal thingy here, are now part of the glorious country of 5-27"

Dregadude:
>Maybe it's marking something? Strikes me as similar to the little tags they put around points of interest at a crime scene.

Viiranen:
That thing: Be a thing the construction workers left there so they could find the corpse later and get it into a body bag. Only they never came back for the corpse.

"Or it could be like those little tags they use on CSI. Like. Marking evidence or… a body?"

The:
> No point in dwelling on the plastic thing. You already know modern day people have been in here; the fact that they were marking something off is not all that surprising.

"Yeah," says Bina, as they step well away from the innocuous looking blue flag and start walking a little faster then they were before. "We're going."

They pass a pile of large metal cannisters and - 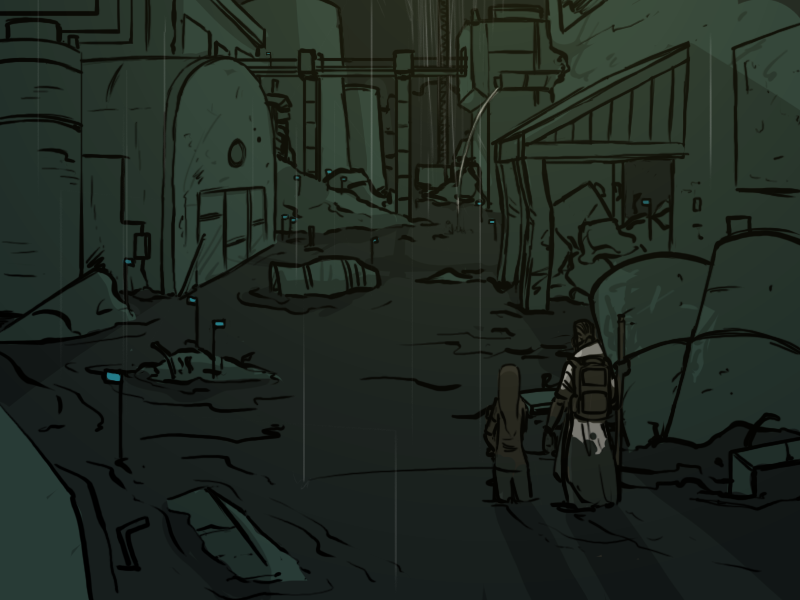 Whoever was down here has certainly been busy.

"I think I see the support beams. We should be almost there."

Yeah, I've rather butchered the pacing in this scene.