Bina tells Kendra about her brief jump back to the factory and about the people she saw.

"That sounds like you affected them. You talked to them, right?"

"That should have done something right? I left a basket open, and my balance goes all funny, you… arrange for a guy not to get killed through the thoughtful application of graffiti and you're unconscious for like an hour and then you can't talk. This was, like, a hundred years ago, just breathing should have… I dunno, changed who won the Russian revolution. I mean, chaos theory and butterfly wings, right?" 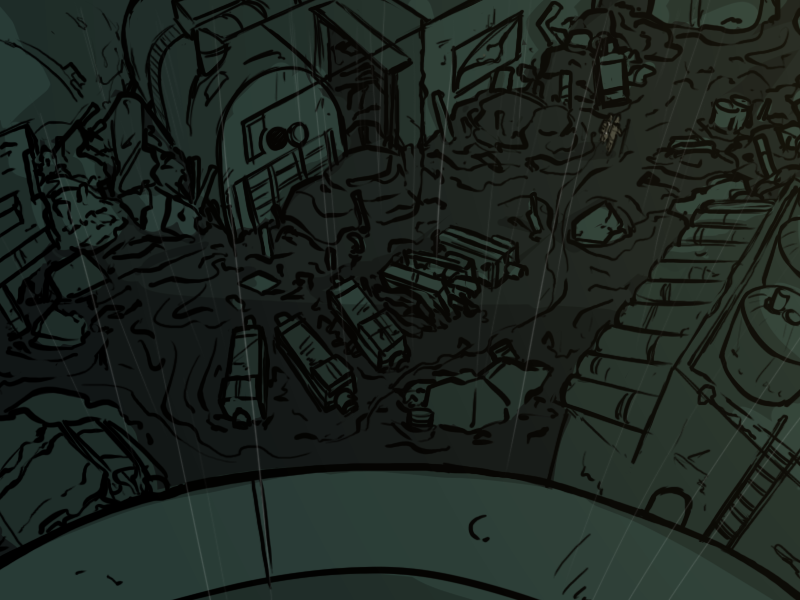 "Don't you think I'm a little big to be a butterfly?"

"Har har, but I'm serious. You were there before, right, you talked to the fat lady."

"Yeah, Josephine, but then she went and did the experiment. Like, right after."

"So? How does that explain you not affecting history."

"Well, umm," Bina pauses, "She made a device that like… cracked time, right?"

"Yeah. I mean, that's what it sounds like, from what you've said."

"Well, what would happen if… what if you're there. Nearby I mean, standing right next to the thing when it smashes time. What happens to you?"

"Hmm… well, I'm betting that you don't walk away from something like that."

"No. You really wouldn't. I think they died. Everyone who looked into Josephine's machine. Boom, smash, dead. Piotyr found a body. That's where the bad smell came from. She found a body. And I don't think it just killed the people. It killed everything. The factory. The day it happened on. It didn't just break time, it murdered it. Not all of it, but a little."

That's what the door had said at least. The corpse of a day.

"If the butterfly is in a bottle, and you throw away the bottle, does it matter what it's wings were doing? If you make a ripple, but you remove the lake, did the ripple even happen?"

"Y-You're not making much sense Bina."

Bina realizes that she's been saying what she was thinking again.

"Sorry, this is all jumbled in my head. I was just… trying to…" 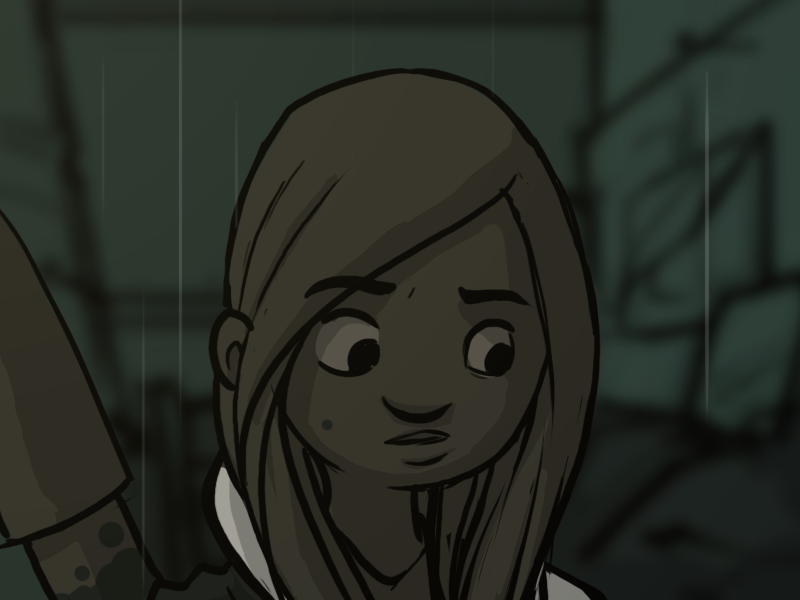 Bina trails off. She's not sure what she had been trying to do.

"You said Piotyr found a body? That's the Russian guys dog, right? The one you found in the factory with the people on the couch?"

"Oh yeah! I didn't explain that either."

Bina tells Kendra about her second weird dream involving the beagle. She cuts out the bits that happened before jumping into the not-dogs mouth, deciding that Kendra doesn't really needs to hear all the embarrassing or mushy bits with Laashya, but she does mention the conversation she overheard in the dream-factory.

"So… w-what you're telling me is that in addition to un-killable dogs the size of polar-bears, angry Russians with shovels, alien time bugs, and p-possibly nefarious and as-yet unknown people in gas-masks, there are also probably dead bodies down here? In the mud."

"The mud we are covered in."

Xindaris:
Ah, sorry. I thought since it was colored differently, very similar to how grandma's scarf was, that it might be a thing that was going to be kept when leaving the dream. And it's possible I'd still think she might leave with it if the images were intact, because I don't know all the rules of exiting a dream with an item, so it would be a "maybe it's Important enough that it doesn't matter you dropped it" idea.

Yeah, that does make sense, but during her last dream, Bina was missing some of the components necessary to bring a dream thing into the real world.

Also, this is page 150 of the All Night Laundry threads. That is getting close 4000 posts.

You are all wonderful. Thank you for reading and commenting and generally being awesome.