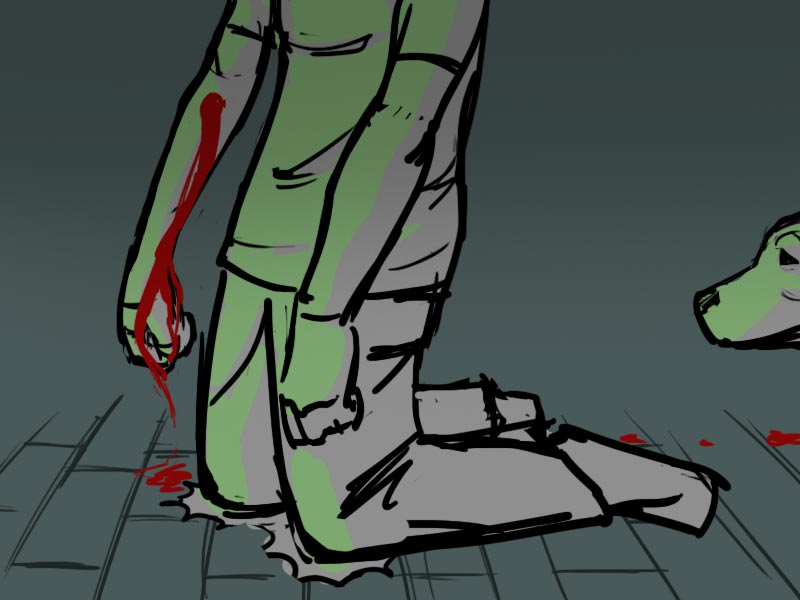 She crashes to her knees, but her treacherous head stays locked on the thing. She hears her knees crack on the cobbles but she feels nothing.

That should have hurt. A lot.

Oh crap! If she didn't feel THAT, what the hell is happening to her arm?

She tries to move, to throw herself backwards, but body fights her again, and she barely jerks this time.

Even now, she's not sure what the thing she's looking at is exactly. Behind the strange toothed ribbons reaching out toward her it pulses and changes. No, that's not right. Not pulsing, not even changing. It's like a whole lot of things all in the same place.

She decides that the fact that she can see this now is probably a bad sign. The tendrils stopped flickering a while back as well. That is also a bad sign.

She's not even sure if it's GREEN really.

It is really… pretty… though…

It's DOING something to you! Get ahold of yourself Bina!

Dregadude:
>Bina: suddenly find the power to close your eyes, now that you've been knocked off balance. 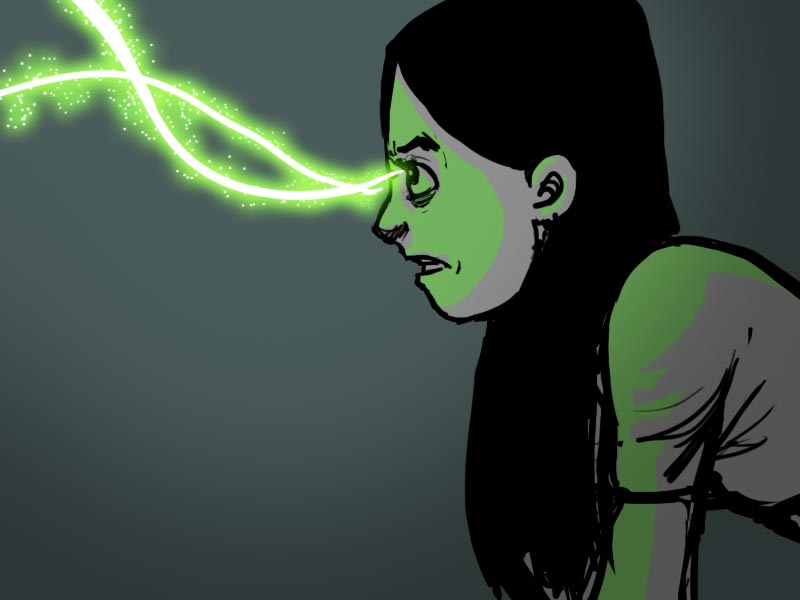 She throws every ounce of effort she has into it that she's got, the muscles of her forehead burn and she… 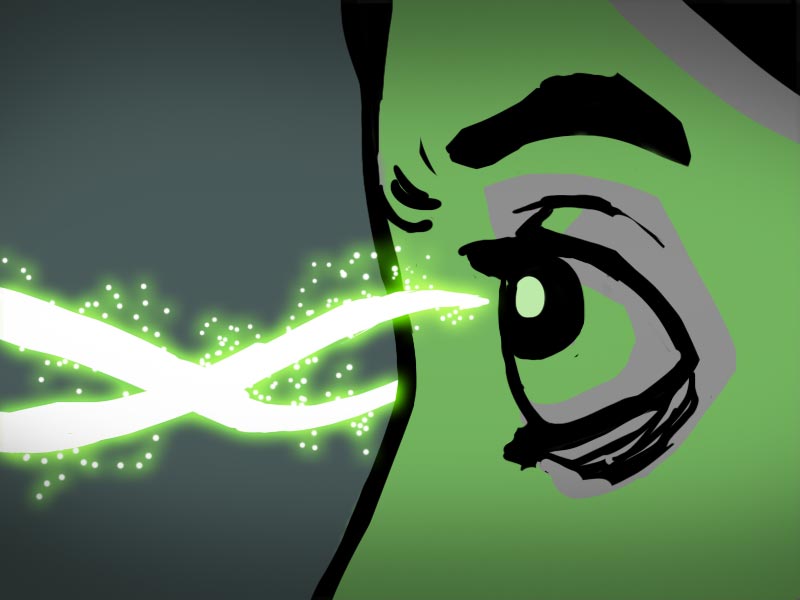 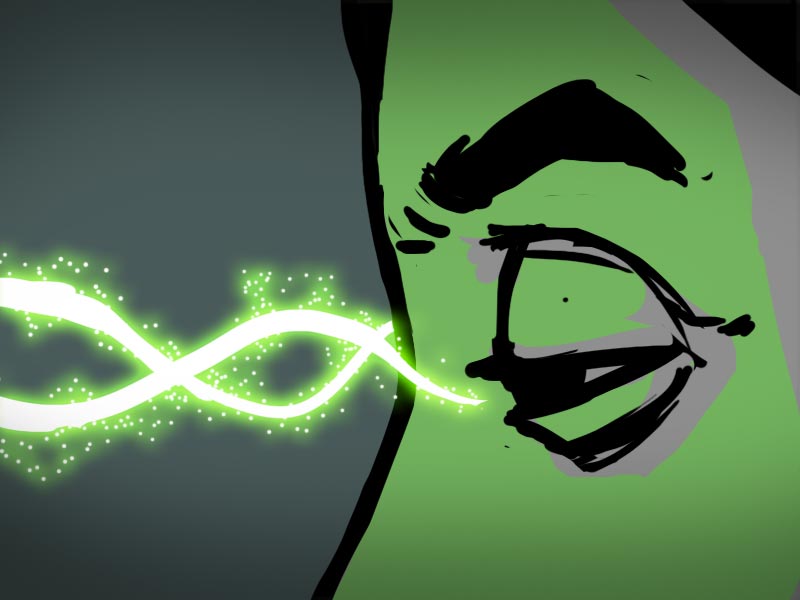 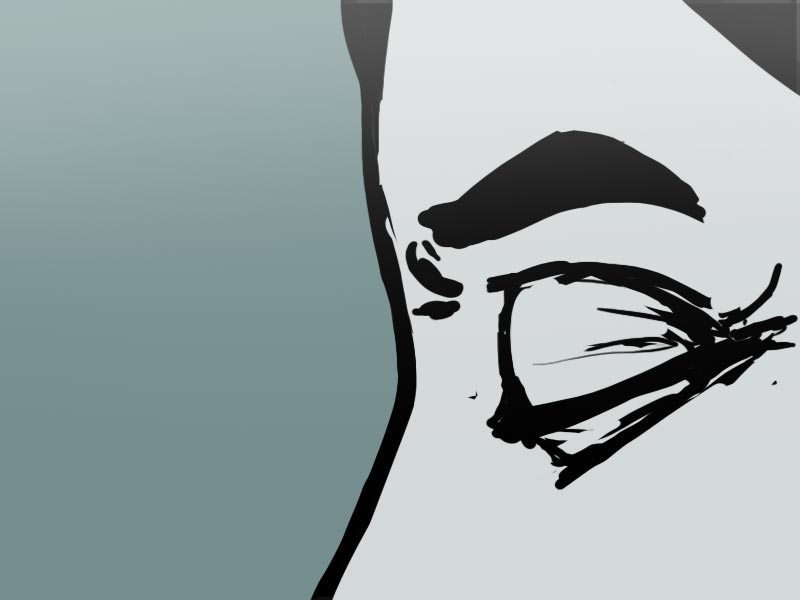 > Let the lasers touch your eyes to gain…

or very painful, unnecessary laser eye surgery to correct your vision due to the hallucination of blood loss caused by… blood loss.[/quote]

I do sort of regret my choice of abstraction in this scene, because it DOES look in a few of the shots like she is crying LASER TEARS. Which is totally going to be the name of my 80's style pop/goth cyberpunk rock band should I ever create one.

PS: This cold is still kicking my butt. Holy crap, give it up little bacteria army. This stopped being cute a while ago.