"Pipe down will you? We don't know if Sargent Shovel is out there listening." 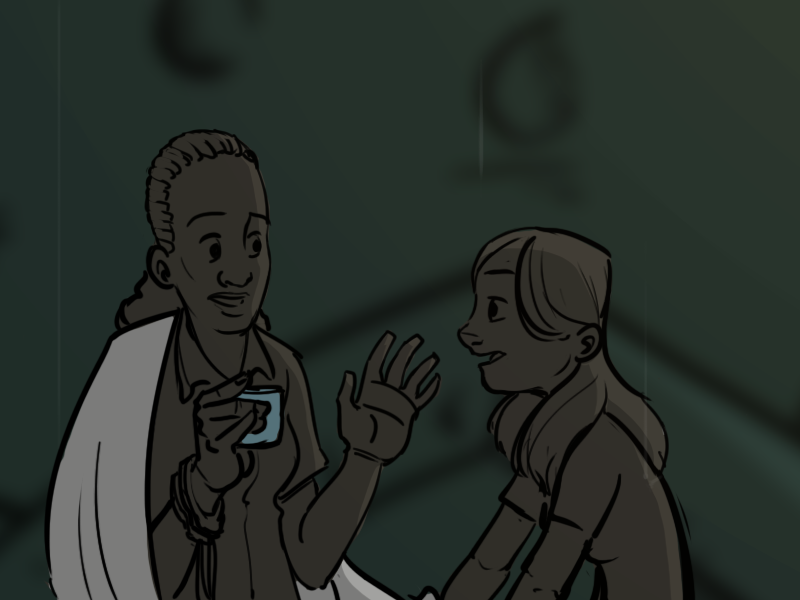 meganopteryx:
>woah, that sounds like it could be important. Ask Kendra what other strange things happened in the dream. Did anything become useful and symbolic like the scarf your grandma gave you?

xooxu:
What happened after you became aware? Did it become more relavent to stuff going on now?

"So what did he tell you? Did he give you anything? My grandmother gave me a - "

"No, no. He didn't give me anything. He just - look, can you tell me the rest of your thing before we get totally derailed? I can tell you about my dream later. You still haven't explained the alternate timelines."

Chizita:
Now's your chance to explain about those other Binas!

"Right, yes. OK. So… I ended up in Mrs. Hyung, you know, the developer? She of the wires-in-head? Anyway. I ended up in her office."

Bina explains how she walked in on the body of one of the construction workers, and how she went back in time when she let the green light from her arm touch it.

"Was it doing the 'glowing darkness' thing?"

"Yeah, like the TV. All over his body and the… blood, and stuff."

Then she describes her idea to save the construction worker, and pulling down the painting.

"Under the painting was all this writing, from me! Not from me in the future exactly, they had all signed as "B-whatever", as though there were lots of them. One of them couldn't find a marker and was writing in pen. Now I think about it, there wasn't a 'B1' or 'B2' on there, I don't think. I think the first message was from B3. The one that B12, the person who gave us this stuff said was lying to us."

Bina explains about the syringe full of epilepsy medicine, and the instructions to repeat 'I must lie down' over and over again.

"Why did you have to do that?"

"Because I saved him! The construction worker. But when I did that, I… I dunno. I broke my own timeline. I remember finding the dead guy, going back in time, injecting myself with the epilepsy medicine and lying down. But I ALSO remember walking into the room without a dead guy and then… well then everything goes fuzzy."

"And the fuzzy thing, that is what really happened, right?"

"Well then when I woke up from my seizure chained to you."

"So how do you know for sure that these alternative realities exist? I mean, it could just be the shovel guy messing with you."

"When did you do that? Before the basement? I thought -

"No! Afterward. After the whole thing came down. In another dream. We… talked, for a while. I got to ask her some questions."

"OK, so let me get this straight. The proof you have that all this multiple timelines stuff is actually happening is a bunch of writing on a wall, and a dream."

"And a backpack full of stuff that saved our lives."

"OK, that last one is actually pretty compelling but I am not entirely convinced. What did you ask her anyway?"

"You said you asked her some questions, well, what did she tell you?" 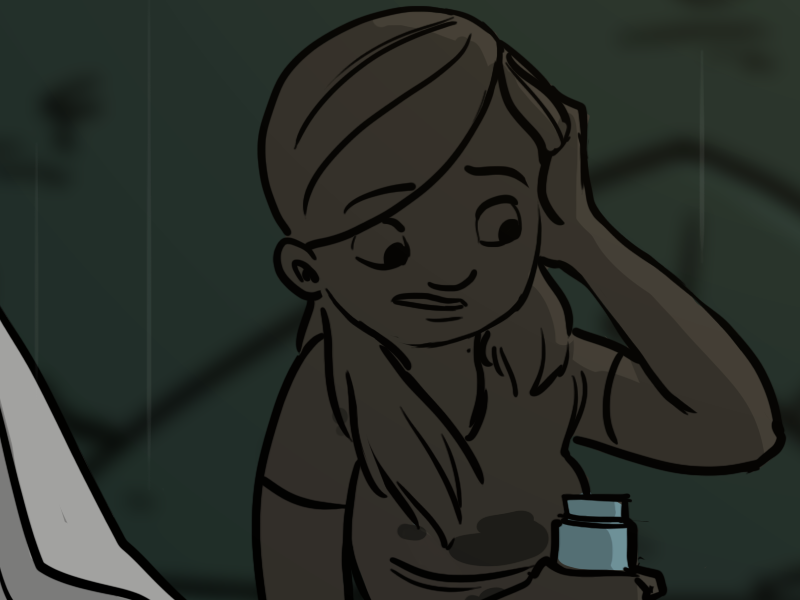 Crap! B12 had told her that the twelfth version of Kendra died! That's an awful thing to hear, but Bina really doesn't want to lie to her!