Primary Temporal Position: 0363
Reset Temporal Position
Xindaris:
>100 years ago, there was an experiment at a sugar factory to try and power a device using people's observations and various quantum stuff. It was supposed to power a green light. Bina knows this because she accidentally went back in time to right before said experiment. The woman responsible for the experiment didn't think anything could possibly go wrong, but this event appears to be the best guess at the origin of the botfly. Also, "What kind of maggot grows in the corpse of a day?"

"Ok, so, I think all this started because this woman called Josephine a hundred years ago."

"You already told me that bit. What happened after you got back to the Laundromat?" 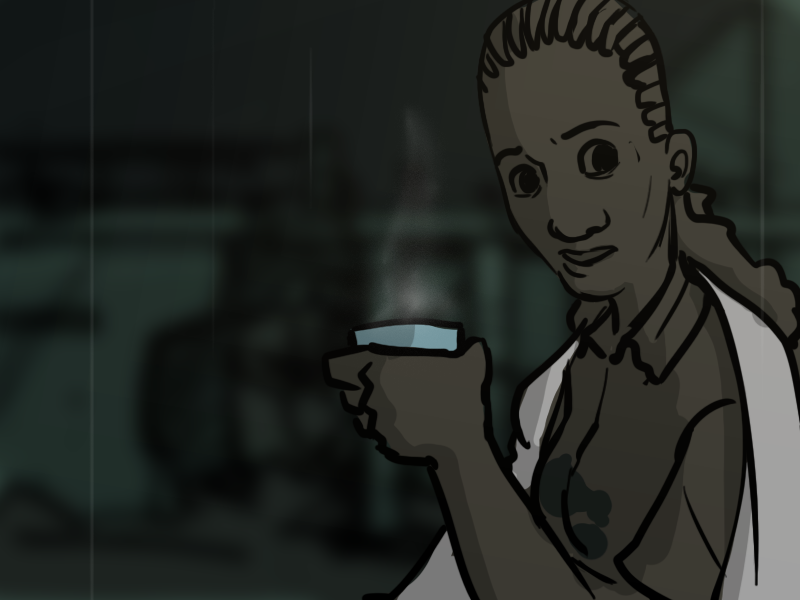 "Well Gregor showed up and…"

He'd been really weird. He seemed to know, somehow, where she'd been, and he acted like she was going to help him. She'd realized that while she'd been out, he'd kidnapped a third person -

- who turned out to be Kendra. Bina played along until she had the opportunity to escape through the back door, calling out that she was going to get help."

"Is THAT what you yelled?"

"No, I heard you, I just didn't understand what you were saying, being distracted by the gigantic violent yelling guy."

"You're not mad at me for leaving you?"

"Well you were planning on getting the police right?"

"Then no. That guy weighs like ten times as much as you do. I mean, it would have been better if you actually got away rather then getting captured again, but no. I'm not mad at you."

Then Bina explains how he'd chased her down the alley and through the construction site.

"I'm guessing that's what's above us now, the construction site?" 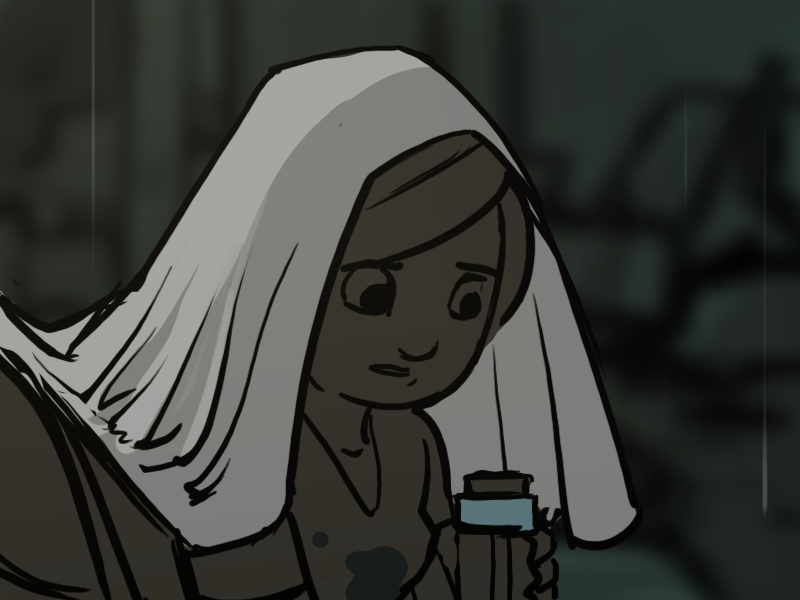 "No! She was just a normal dog. I don't have all the details yet. She found something, I think it was a dead body, up there in the construction site and something time woo-woo happened and she sort of got cut in half I think. One part of her went to the sugar-factory, and the other half… died. The half that died, that's what became the… the thing that you saw."

"When did you learn this?"

"Okkaaay… how did that work?"

Dregadude:
>Ask Kendra what she dreamed about.

"Did you have weird dreams? Just now?"

"I was just resting my eyes!"

"But yeah, I might have had some weird dreams. If I had been sleeping. Which I wasn't."

"What did you dream about?"

"If I had been dreaming, I might have dreamed about being fifteen. With my Dad."

"Yeah. About the last time I saw him before he died."

"A cop? No, he was a helicopter pilot, an ambulance driver up near Hudsons Bay. One of the ones for the little places that don't have nearby hospitals." 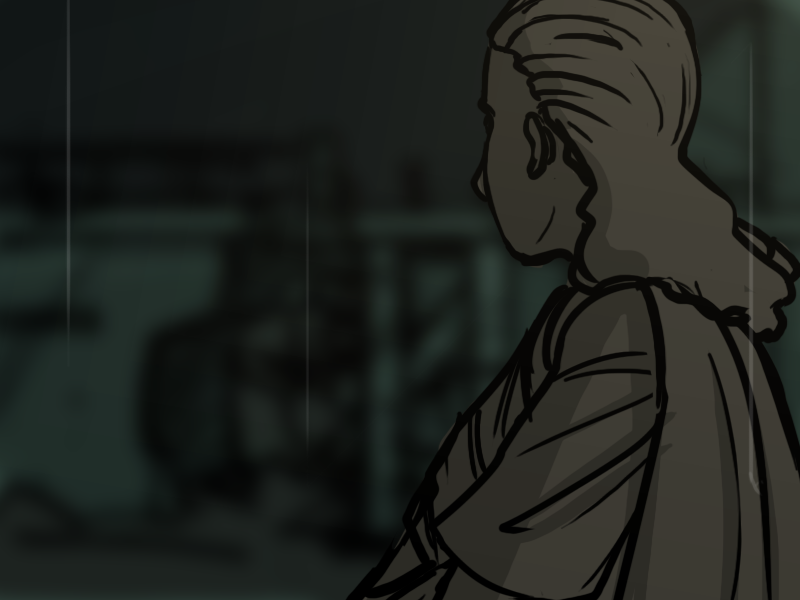 "Did his helicopter crash?"

"Heck no! No, he was going out to shovel the snow out of the driveway and he had a heart attack."

"It was a long time ago, but yeah, it sucks. Don't know why I d - why I might have - why I dreamed about it now. It was really vivid too, and strange. Most of my dreams are just like 'I'm ticketing someone and then they yell at me for ten hours!' but this one… I realized I was dreaming about half way though? That never happens to me."

Dregadude:
>Time skip to after Kendra is informed?

xooxu:
I second the time skip to an up to date Kendra and an empty thermos of hot chocolate.

I don't want to bog down with a huge explanation thing, because that is really boring, but I think we do need a bit of a recap here and I'm unlikely to get as good an opportunity to do it as I am here, so I'm going to abbreviate what I can and, theoretically, I should be able to have it done pretty quick.