"Because it's really wet down here and she didn't want it to turn into goo?"

xooxu:
>Note: be confusing and useless until later, when we figure something out and it all makes sense. 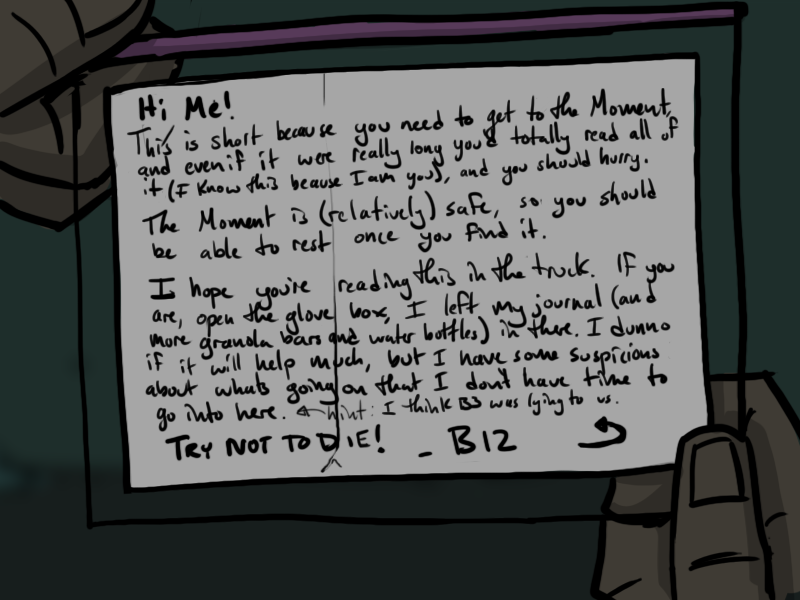 "She's writing as though you know what she's talking about."

"I must have missed a note somewhere."

"If it was in the laundromat, it's under a thousand tons of garbage now."

"Crap! Of course, she might just be being cryptic again."

"What's the other side say?" 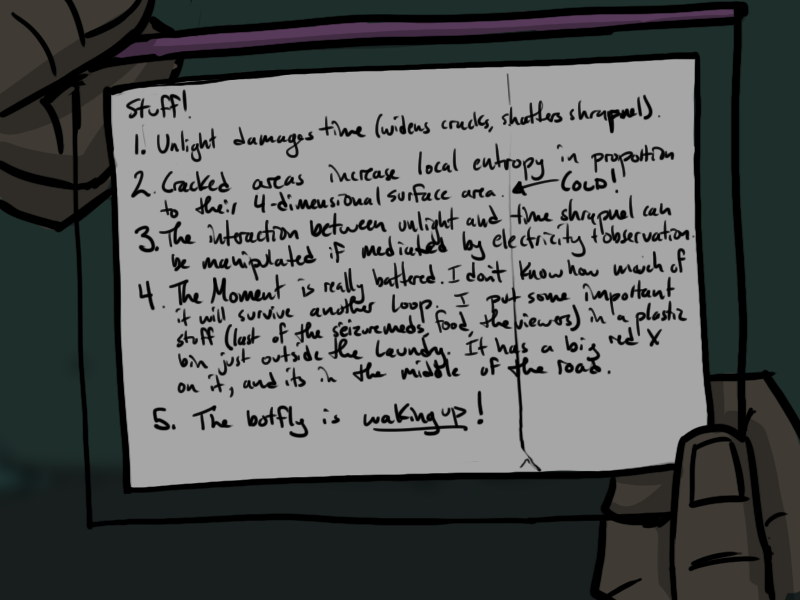 "The Moment" in this adventure will, alas, not be played by Billie Piper.

I've had that name in my notes since last JULY! Arrgh!

To those of you who have no idea what I'm talking about, it's a Dr. Who thing.