"No. It's not helping. She just keeps catching up with me."

AweshumeT:
Do the Dream thing. Stand bravely to this feat, and stomp it to the ground. Not literally, of course. He's too big for your feet.

"Are you going to fight her? This is your dream. You might be able to take her. That's what people do in this situation right? You face your fear! You step up! This is where I-we-you fight her."

"No it isn't! Besides I'm not even really that frightened of her."

"You totally are! You are a lying liar who lies."

"Well yeah, of course I'm afraid of her! She's a giant skeletal dog-thing that's the size of a truck! What I mean is - I mean - I just meant that she doesn't mean anything to me. Like, personally. She's in my dreams, but she's not MY dream. She's a monster, but she's not my monster. If you get what I'm saying."

"I've never been traumatized by a dog! I've never even owned one, not until Piotyr and I'm pretty sure I don't actually OWN Piotyr. She just sort of decided that she'd hang around in my head. I've never been chased by a dog down a dark alley, until like, five mintues ago. I'm not afraid of them! They aren't important to me. I'm more of a cat person, really. This isn't about me."

"This isn't the moment when I face my fear and realise that the power was within me all along. I'm not the kind of person that sort of thing happens too! I've never even been in a fist fight. I'm a waitress!"

"You're more than a waitress."

"EVERY waitress is more than a waitress."

"Look - if I tried to fight her, I'm pretty sure I'd just go kersplut. Besides, even if I won, Debbie has a nasty habit of not staying dead."

"Then what are you going to do about her?"

"Oh look, that would be Debbie."

"Of course it is. That's just great." 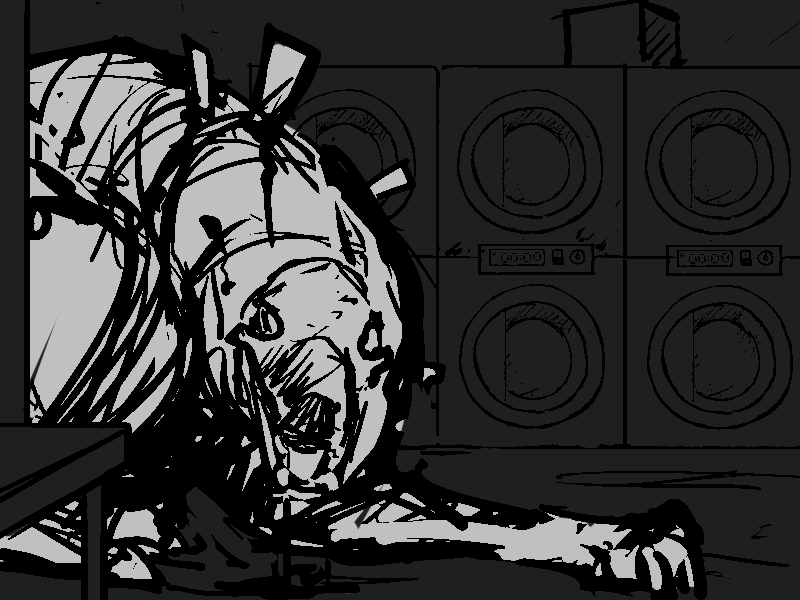 "I think she looks a mite tetchy, don't you?"

"Well you do keep getting away from her. It's got to be getting annoying."

"But she keeps finding me."

"So go somewhere else!"

"Really? Are you sure about that?"