The Dog travels in time by damaging Bina's timeline, causing it to stretch and break and then using the released energy to propel itself through time, right? That's probably what happened when she met it first in the laundry (well, the first time since jack-fractal started telling the story), and in theory she could use the same method herself - she would need to remember an event, and then purposefully change it so it happens differently. Based on what she has learned from her other iterations it certainly seems possible.

There's two complications to it, though. First, she has no idea how to control where she ends up. Second, current Bina is, what, the twelfth iteration and her timeline is already pretty banged up so damaging it more probably isn't a very good idea - which brings me to my point: why the Dog is so keen to get its hands on Pjotr?

Let's assume for a moment that the Dog and Pjotr are one and the same being. What if current Bina's timeline is so used up that there's no more energy left to be extracted from it, so the Dog needs to start cannibalizing its own timeline? What if Bina denies it the access, what then?

That makes a weird kind of sense maybe! I don't know!

I need time to think, but I am not killing the puppy. I just, no. I can't. Not even if I knew for certain, and I don't.

I am sick of this thing chasing me. I am sick of running away. It does NOT get to play around in MY life and scare MY FRIENDS. NOT EVEN THE CRAPPY ONES LIKE SAM!

But I need to get Piotyr away from this thing and get a second to think, so I hurl myself back across the bed away from it.

Lash and Sam are both yelling, now, but the thing ignores them and slithers after me and Piotyr on a film of dirty water and slick dead skin. For a second, I think it's almost got me, then just as I'm slipping off the bed, the supports give out and it the beast gets tangled in springy fluffiness. Took long enough! Jeeze! Danged sturdy bed-frames!

I scoot into the corner as the thing goes ballistic, wedging myself between the window and the lamp.

Gouts of stuffing spray across the room as the hound dismantles the offending mattress. 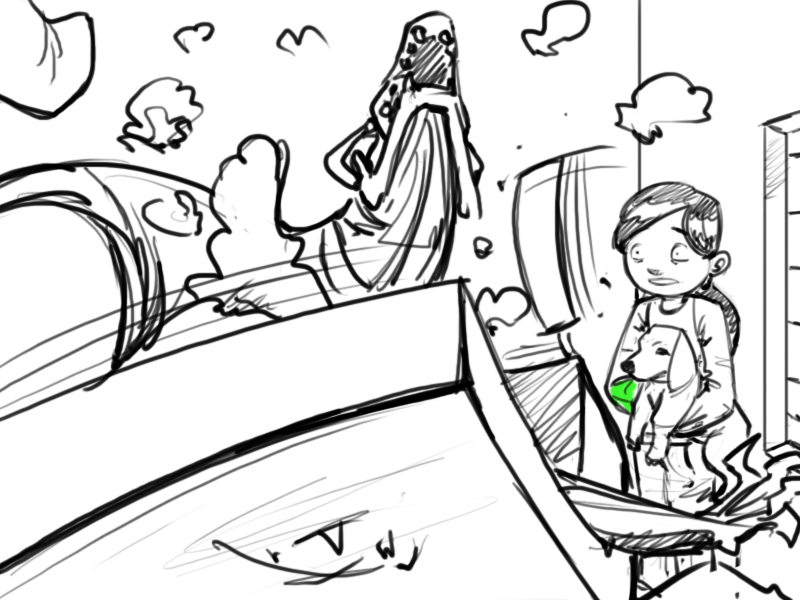 Gosh, I guess the thing really IS a dog.

Dregadude:
>I don't suppose you want to quickly fill us in on what happens with Lash in sixteen months?

What!? Right now! I'm sort of in a life or death struggle here! I can't just go and - 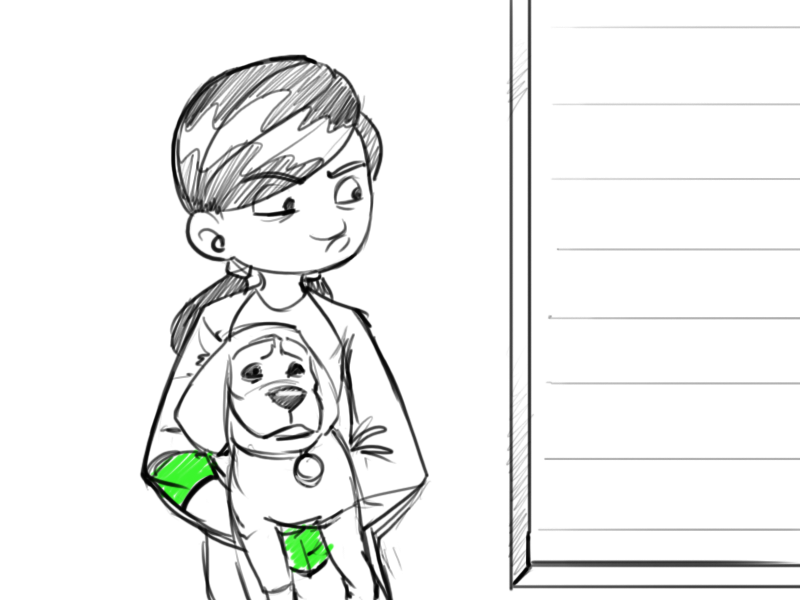 That - that's actually not a bad idea.

This is a dream, right?

wolftamer9:
> Well, what's the holdup? Get the ever-loving crap out of there!

I think I will, more then that, I think I know how!

This window should lead to a sixteen story fall, because people haven't built exterior staircases on skyscrapers since the early 1930's, but it won't, because this is MY dream, and it has to do what I say.

"Window," I say, "You are going to take me to my first kiss now. Do you understand?" 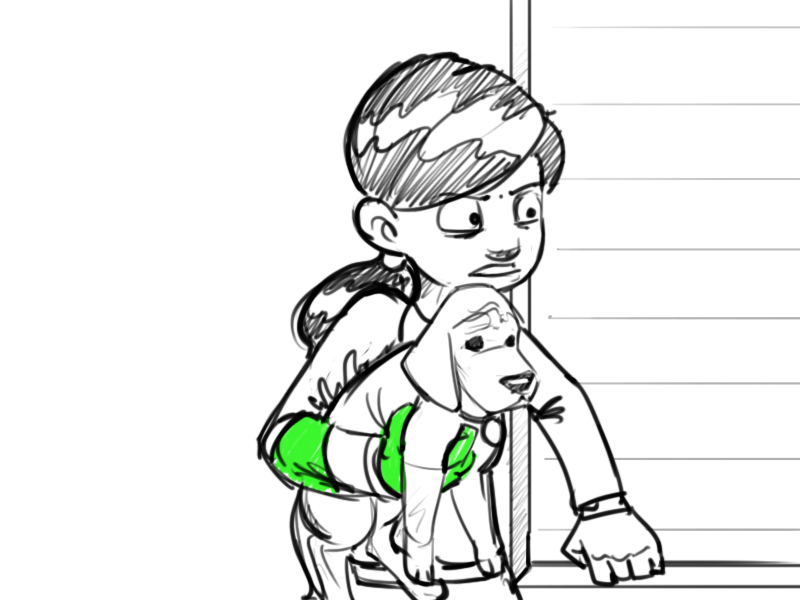 The window says nothing, but when I open the blind it certainly isn't a sixteen story drop.

"You're a good girl too Piotyr!"

Then I shout "Catch me if you can doggy!" and then I jump out the window.

tegerioreo:
Do the Timewarp again!

Sort of. I kind of misjudge the height of the frame. 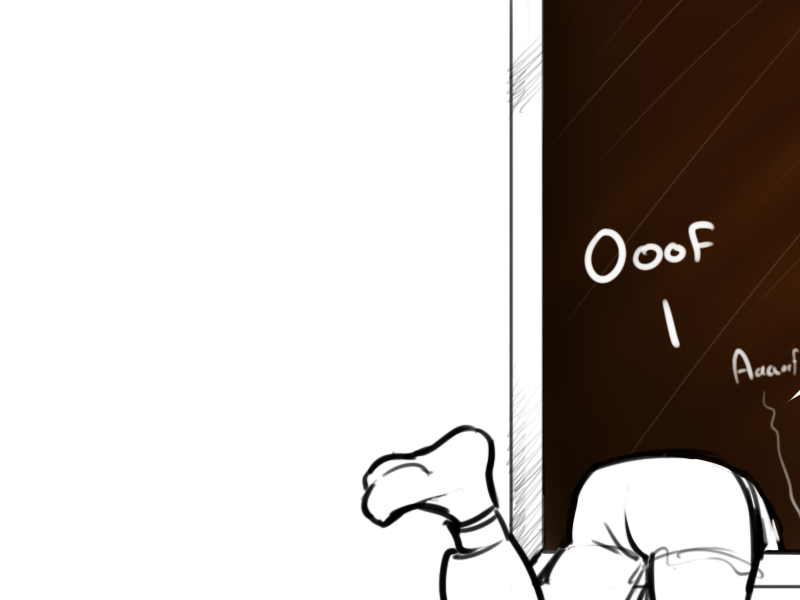 Hey! Look! It's not easy to jump when your arms are full of beagle! 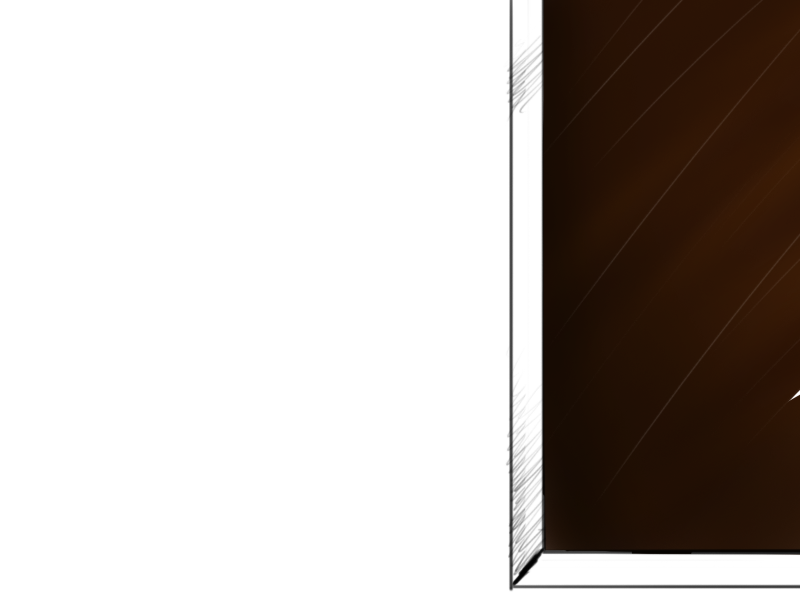 Dang it!!! I almost managed a cool exit there!