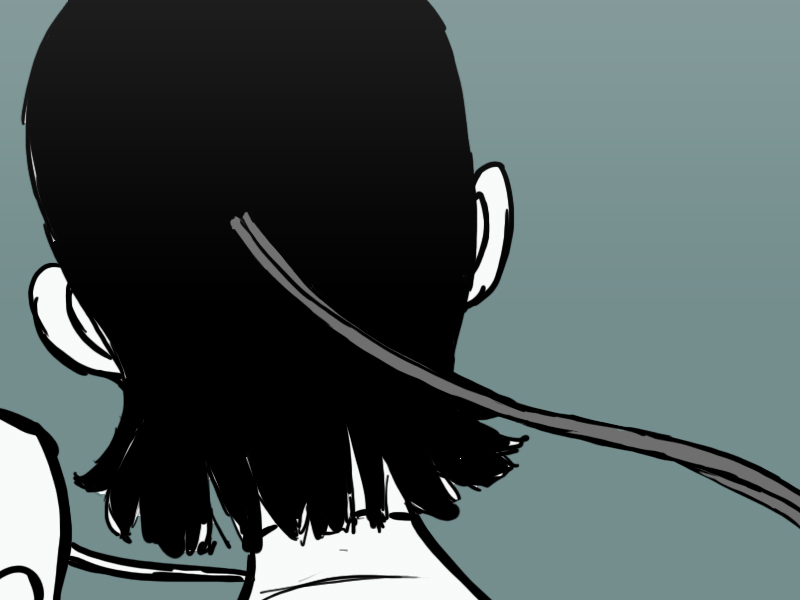 No. It's… totally a wire. Coming out of their heads.

Power cable, the flat kind with two wires, like you see on lamps.

Kíeros:
> Slowly walk around behind them

When Bina steps forward, the woman cocks her head to one side and then snaps her fingers. She explains that she just remembered where she knows Bina from. Bina works at the cafe right? The one down the street?

The man shoots the woman a dirty look and says that this is not surprise. She is not from around here. She is condo developer. She is one who is tearing up half of block. Whose builders make so much noise with the pounding and shouting at seven in the morning. It is her fault that they are all here now. Her and her machines and her digging.

The woman ignores him and introduces herself as Mrs. Hyung.

Bina, introduces herself as well. She maybe remembers Mrs. Hyung coming into the cafe once or twice for croissants.

Mrs. Hyung stares at the man for several seconds and then sighs, throws her hands up in the air, and tells Bina that this is is Grandimir Petrovich. He owns the laundromat, and he is rude.

Bina introduces herself to Mr. Petrovich. She was pretty sure that was who he was.

KuruKuruGuy:
They're connected to the couch. They must have assumed you were too. Ask where you are and why they're like that. 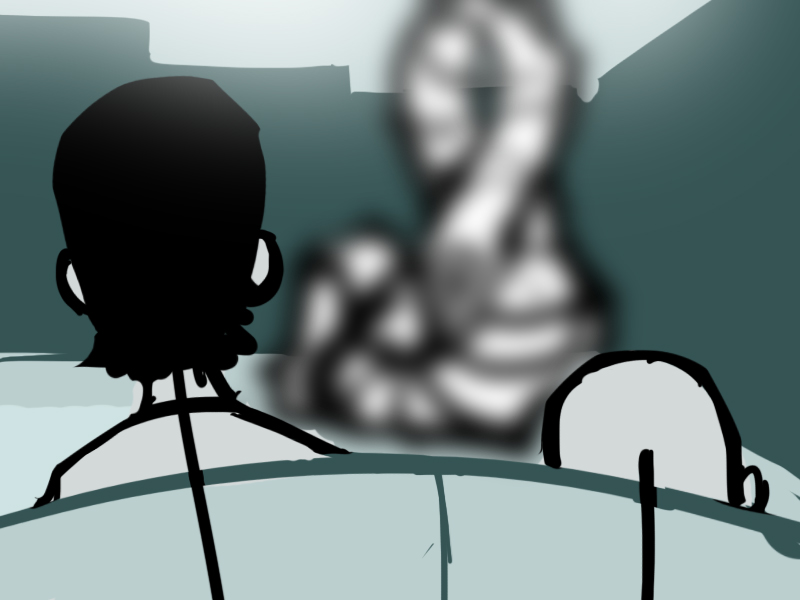 Bina steps around the couch and see's that, as she suspected, Mr. Petrovich has a wire coming out of his head as well.

Bina says that, now that they're all properly introduced and everything. Maybe they could tell her why they have power cables coming out of their heads?

Neither of them turn around. Bina has the strange certainty that they can't.

Mr. Petrovich is thinking that she is not seeing what they are seeing. 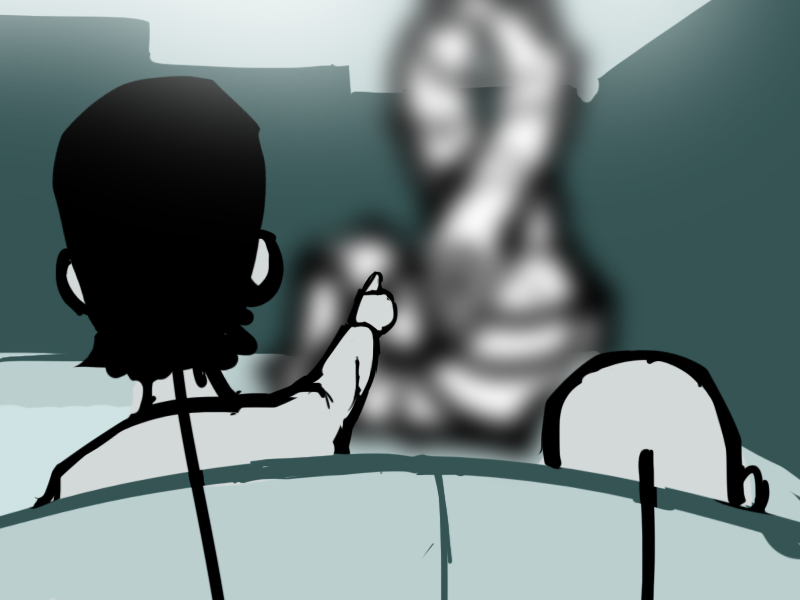 Mrs. Hyung lifts one hand and points in front of her. She asks, Bina, what she sees when she looks at that?

tegerioreo:
Is the TV plugged into their HEADS??? 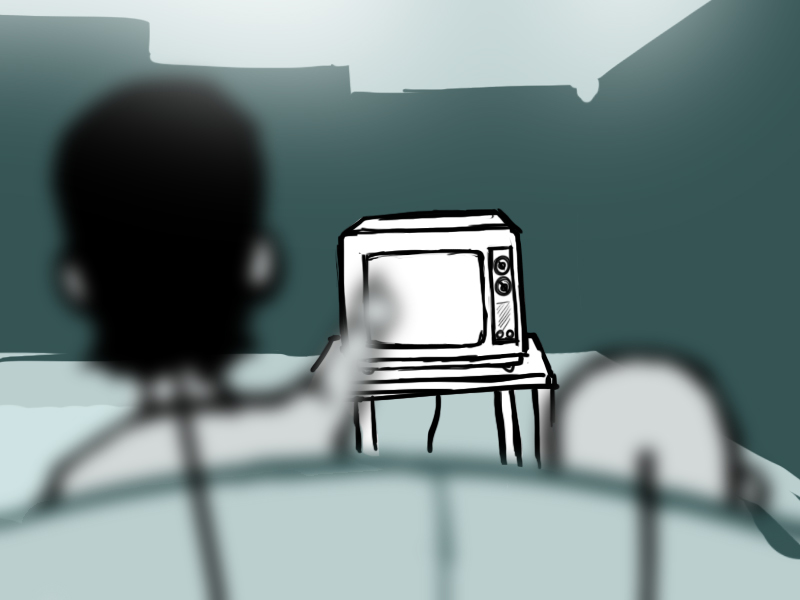 tegerioreo:
Is the TV plugged into their HEADS??? Tell them that your grandfather told you this was impossible.

Like most people, Bina had two grandfathers, but she only met one of them. Her dad's dad.

He was pretty cool, as grandfathers go. He was a newspaper man in Hyderabad for like forty years, and he'd seen pretty much everything the world can throw at a person by the time Bina came around. She doesn't think he ever said anything about this particular situation though.

She's pretty sure she'd remember if he sat her down one day and said 'Bina. I know you are only six, but you have to remember that when you are twenty, and you go into a laundromat in the middle of the night during your first semester at college, and are chased by a horrible monster, who does something weird that like teleports you or sends you through time or something, remember this important thing about people with TV's plugged into their heads. They are impossible.'