Yes, but we're sixteen stories up. Lash lives in a high-rise apartment building.

Jumping out would be… probably not good.

tegerioreo:
Do you have time to build a pillow fort?

We do not. I suspect that air-filled interior doors and particle board furniture will not hold the Hound back for very long.

tegerioreo:
And for Piotr's sake! .. undo those handcuffs. 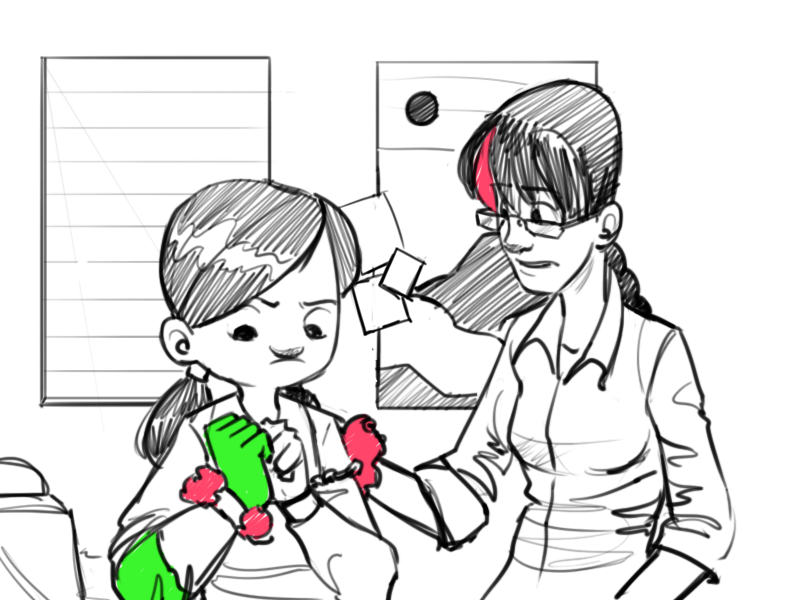 Corpseguide:
You know Lash better than we do Bina, could she handle learning about the time dog?

She's one of the sturdiest people that I know. She might not believe me if I start talking about undead dogs and time travel, but she'll believe that I believe it, which is pretty much the same thing.

The problem is, I have no time to explain it properly, and it's so weird that I -

"Bina? I think there's something out there. In the living room. I think it just broke my couch."

Lacemaker:
Bina-> "The dangerous thing that was in the factory with Sam and I is now outside the door because we were talking about it, which we promised we would not do! Hopefully this will slow it down long enough for us to come up with a plan."

Say something to this effect, it will convey the appropriate amount of urgency and caution to your friends while letting them know, in the barest terms, what is happening. In short, it will get them moving so you can actually do something, whatever something you think that should be.

"Um… look, it's sort of complicated. It's maybe, kind of, my dog. She's been chasing me because…"

I trail off. I realize that I have no idea why the dog monster is after me.

Maybe it has something to do with my spooky hand? I don't know!

Every time I've seen it, it has seemed so driven, desperate to get at me. It careens forward, rushing at me headlong, and I have no idea why.

It comes right for me. Too quickly sometimes, it fell down the basement stairs. There has to be a reason why it's so intent on getting to -

"Your dog? You mean Piotyr?" 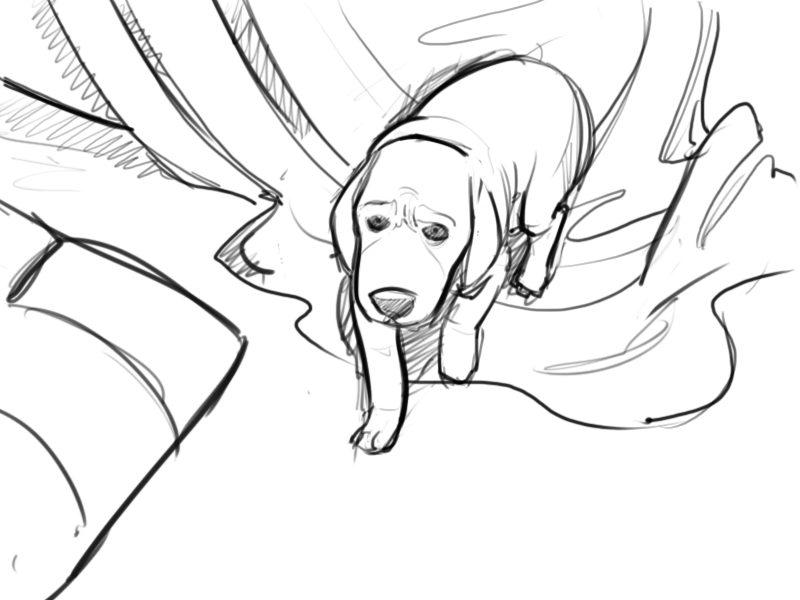 She's stopped barking and is whining and backing away from the door.

Maybe I'm not the one the hound is here for after all.