Too late, sorry. I already looked. 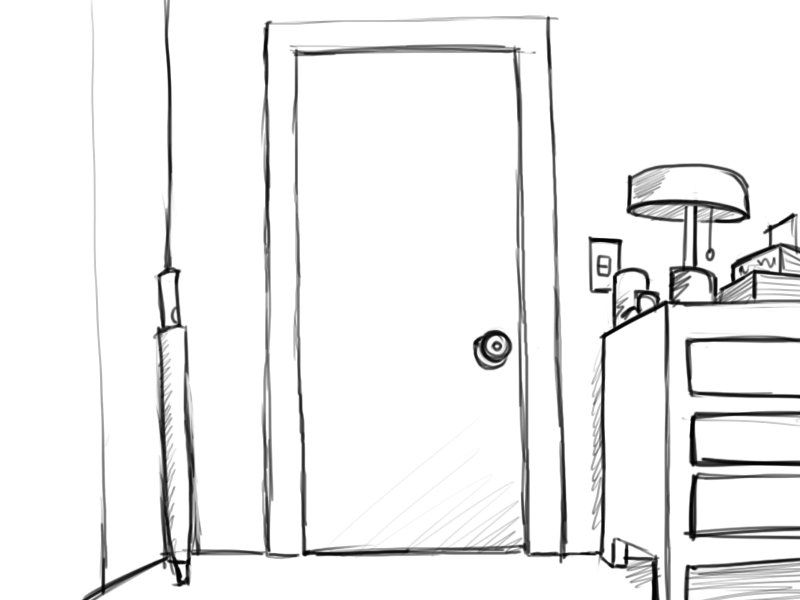 She's barking at the door to Lash's room.

That door stays closed. I know this because this has already happend. It stays closed until about two in the morning, when Lash's mom pokes her head in to see how we're doing and we all pretend to be asleep.

It already happened. There is no-one else in the appartment except Sam, Lash, and me. There won't be for another five hours when her parents get home.

Which is why I've been ignoring the sounds coming from outside the door for some time now.

Maltor:
Were they speaking Russian?

No, they were speaking -

We were crouching near a window. By the time we'd reached the main floor we could both hear the voices.

The fact that she had been wrong about the voices had taken a lot of the pep out of Sam's voice. She kept biting her lower lip.

I didn't exactly think that the voices were ghosts, but I couldn't think of ANY good reason for non-ghost regular people to be in this building. We certainly didn't have one, and I was worried about the fact that nobody knew where we were.

"Can you understand what they're saying?"

"Don't you take French in school?"

"Don't you take French in school?"

And I couldn't understand the voices, because I don't speak French.

But I do in the future, and that version of me is listening through my ears.

This is what she hears:

- realize what you've done? How much entropy have you generated by moving us here?"

"I had to. You went and got yourself laminated all over the walls here. I couldn't filter out your pattern from the rest of this place, there's too much contamination. I had to bring the whole damned factory."

"You know that there will be consequences for doing this, oui? Dire consequences. One cannot simply move several million tons of brick around willy nilly and expect nothing to come of it."

"I am well aware of the situation, thank you. I have an anchor here, and I've forward shifted any resulting temporal shadows out of this iteration."

"You realize that this is not a solution. This is just putting off the problem for another day?"

"Even if there ARE temporal shadows, the damage to my own timeline would have to be far more severe then it is now for this to cause any serious danger. Even if there are another six or seven loops there won't be any catastrophic damage. I know what I'm doing."

"Oh dear, please tell me that you are not mucking with your own timeline again. This is very dangerous. I warned you not to do it."

"What are you talking about? You never warned me about anything."

"Maybe it wasn't this copy of you who got my warning. Which one are you anyways? I do not think I have met this you."

"Ah, so that means this mess is all your fault then."