Primary Temporal Position: 0313
Reset Temporal Position
meganopteryx:
>Just get out of that room as quickly as possible, you don't want to be around whatever is making the noise.
Morphimus:
> Head upstairs and look for the oven already!
xooxu:
>Yeah, just hurry up. This place isn't … good.

That's what we did.

"Watch this stair here, I think its coming lose."

"Third from the top. Right there." 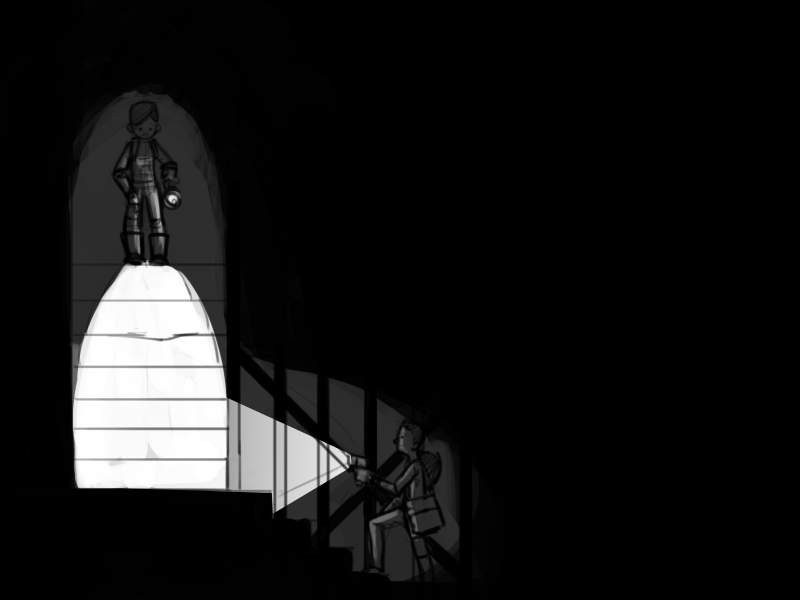 "I guess the fire got in here too."

"There's a lot of weird materials in buildings, even old ones, I bet that's the wiring or the insulation or something we're smelling."

"Doesn't smell like wires. It smells like… you know in the summer when they cut the street open with the big spinny wheel things? To get at the pipes and stuff under the pavement? Smells like that. Sorta."

That wasn't quite right, but it was close. 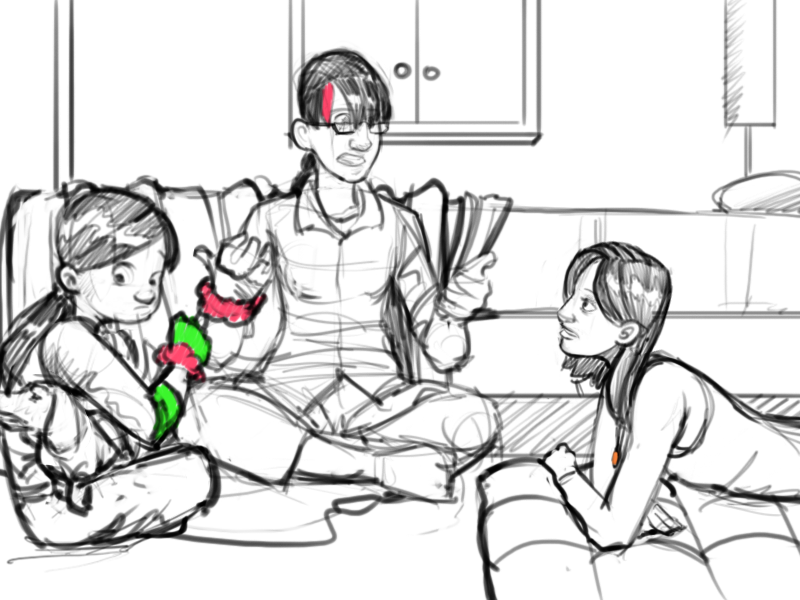 "WERE there any voices? I mean real ones?"

Sam looks like she doesn't want to answer, so I do. "Yes! There totally were!"

"Yeah, yeah, but we never saw who it was. We ran into the cops first."

xooxu:
>How did the cops know to look at the factory, anyway?

"What were the cops even doing out there anyway? That doesn't make any sense."

"Shh! Piotyr! No! Lay down you goofball."

I was trying to snuggle her into calming down but it wasn't working. 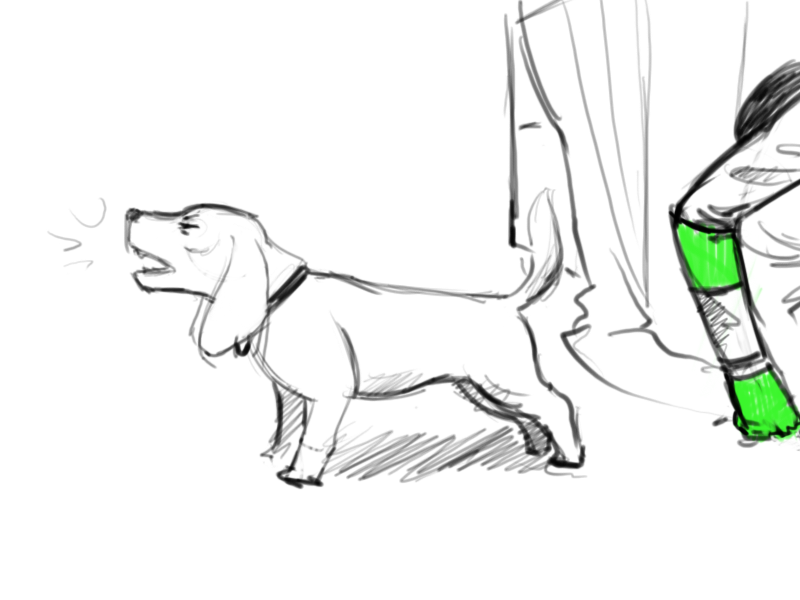 She kept wriggling away from me and barking.

"Some guy living in a trailer nearby had called in a noise complaint," said Sam.

"Yeah, you never looked into this?"

"No! I just wanted to forget about it. I thought that's what we both wanted."

"Rrriight," said Sam, not taking my hint, "Anyway some guy called in a complaint about light and noise. They thought it was an illegal rave or something."

"You two were making that much noise?"

"Not us, we were quiet as mice, it musta been the other people. Before we got there."

"So who were they? Did you hear what they were talking about?"

"Well, we couldn't understand what they were saying," says Sam.

Thank you lacemaker! You are marvelous.

Lacemaker:
I get it now, Piotyr was barking in the bedroom, not at the factory. That explains it! (Kind of embarrassing it took me that long though…)

No need to be embarassed. That update originally had another image in it, so that the conversation where Piotyr was barking was clearly set in the bedroom.

I had to cut it for time constraints and it made that section less clear then I'd like.

Thank you, I think. This is the only section of this whole story that has spooked me out while writing it.