Bina is not going to hurt Piotr. He - SHE seems like a nice little dog.

Bina is confused, so she steps forward and asks… err doing what?

Kyky25:
>Walk towards them

She was planning on it, but after she asks her question the man starts gesticulating and speaking very fast, a welter of broken english and what Bina guesses is Russian.

He reaches out and leans forward but does not get up from the couch.

The woman turns to him, grabbing his arm and telling him to calm down you old coot. He's scaring the kid. 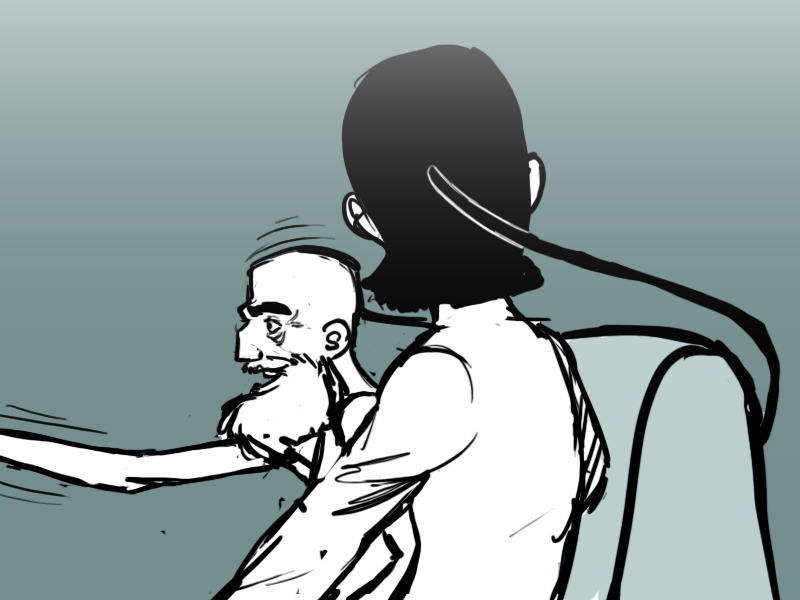 While she grabs his arm, Bina notices something very strange. It looks like there's something coming out of the back of the womans head and trailing down behind the couch.

When the man has stopped shouting, the woman turns back to her and starts to say something, before pausing and with a thoughtful expression on her face.

She says wait, hold on, she knows you, right? She snaps her fingers, your name is… she pauses, Benny? Binny?

Now that she thinks about it, Bina does recognize the woman from somewhere, but she can't quite place it.