Primary Temporal Position: 0309
Reset Temporal Position
wolftamer9:
> Exactly when and where are you right now? Pinch yourself, or look at some written words twice to see if they change. Are you sure you're just dreaming?

I am fifteen years old, and I am at a sleepover with my friends.

And I am thirteen years old, and I am walking toward a building that stands in a place where no building should be.

And I am twenty years old, and I am asleep, dreaming, held by a stranger. I don't know her, but we keep saving each others lives.

Anthano:
> I'm guessing it was at this point that you recommended you call it a night and head back?

I didn't want Sam to think I was a wuss or anything, but you're right, I didn't want anything to do with that building.

I wasn't too worried though, not yet. I was pretty sure we'd be stopped before we got inside. A building of that size, even abandoned, would have a fence. My plan was, when we hit the fence, to to suggest that we just take some pictures of the outside and we could tell them that we couldn't get in.

It was going to be a long walk back, and I was missing my sleeping bag.

ArcusofBrambles:
> So did it take you much longer to reach the factory?

Not as long as I thought it would. I had been worried about climbing the hill, but we found a good straight path from the beach up to the factory. I remember being glad to get off the uneven rocks of the shoreline without having to scramble up a hill through a forest. Neither of us questioned why there might be a path leading to an abandoned factory.

I would question that now.

Worse. It looked worse up close. Much worse.

The angles were wrong. It's peaked roofs, far too many of them, loomed at us. It wasn't the single building it had appeared to be across the bay, but half a dozen of different shapes and sizes, all jumbled together. The trees seemed to huddle away from them, as though unwilling to hang their branches over the wrought iron fence. 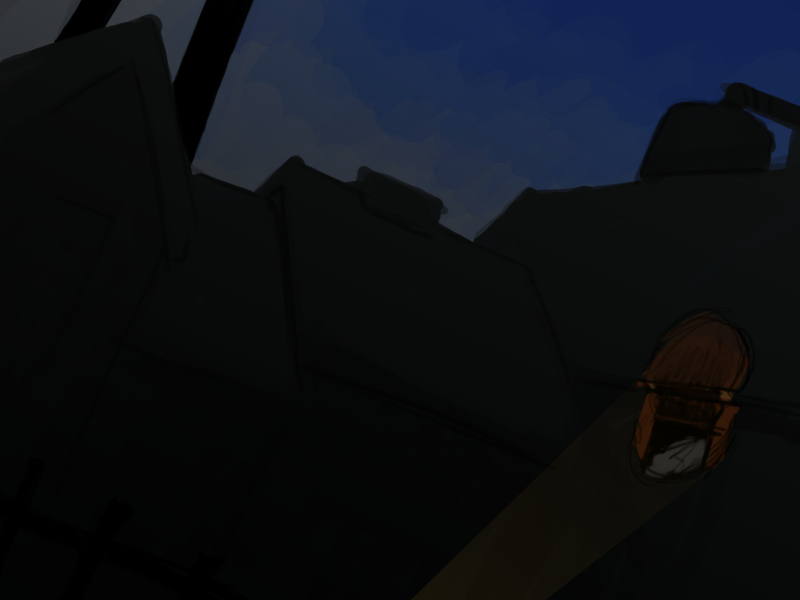 The buildings were dark, their windows boarded up or papered over, and long black stains curled out of them. Not down, like you'd expect from water damage or rust, but in flowing streams toward the sky. Soot stains on old red brick.

Fire damage, and lots of it. This place had burned in the past.

And there was a smell, faint, but still noticeable.

The fence, thank the gods there was a fence, was a tall, no nonsense, barrier of black points. I was about to step forward to tell Sam my plan, when I realized that I'd lost her.

Oh, she was here, oh thank gods, my skin went all over with pins and needles in relief.

"I'm right here!" I couldn't see where she was. That was the problem!

"What are you waiting for?"

She was inside the fence. 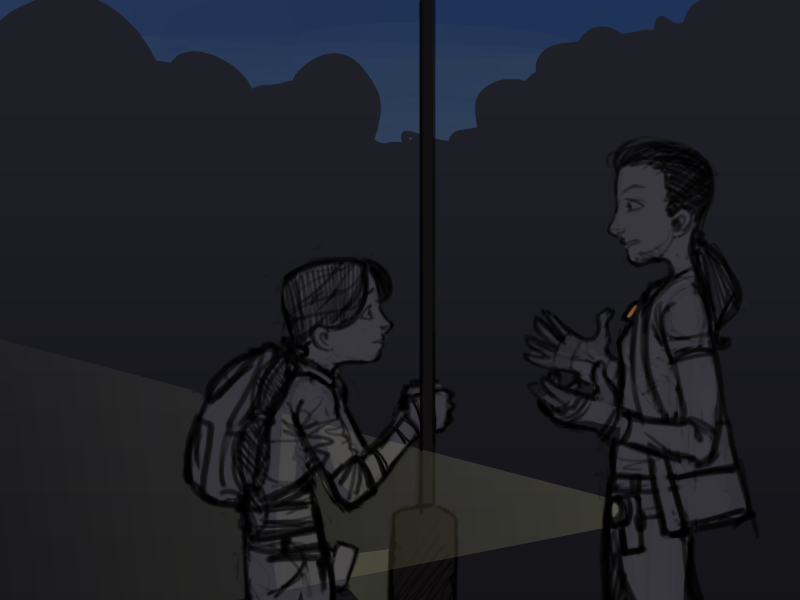 "I told you, there's a gap 'round the corner there," she said, "Weren't you listening?"

I realized that I hadn't been. I'd been staring up at the buildings for several minutes and must have completely missed what she had been saying.

"Come on!" said Sam, over her shoulder, "I think we can get in this way. One of the windows is broken here."