Lacemaker:
How did you escape the counselors without being seen?

We waited until full dark, when the moon was up, and we were reasonably certain that they'd all gone to bed. 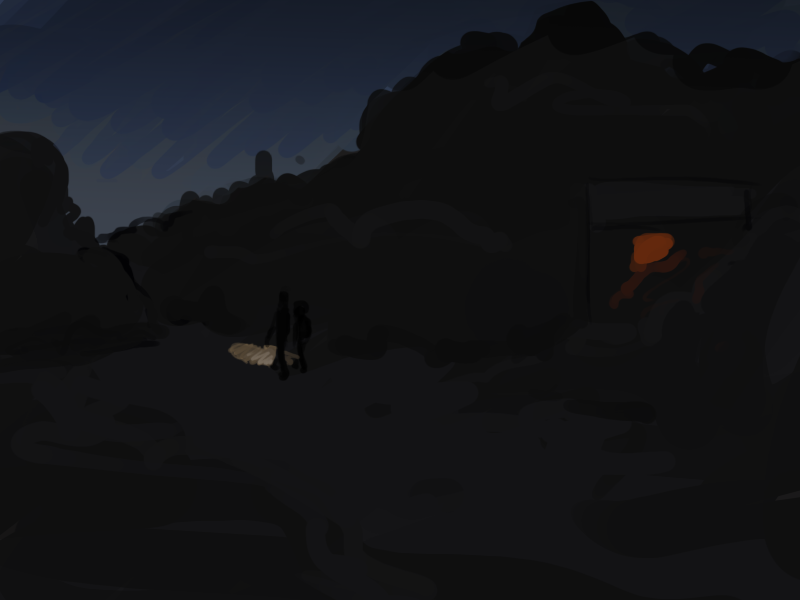 The night air was chilly, and I had been glad of my rubber boots. Sam had forgone hers, and her sneakers made tiny squeaky noises, soaked through with dew.

We didn't talk much while we were still within the camp's grounds. We expected that we might run into other campers going between their cabins and the squat low building that served as a combination bathroom and changing room.

That was our cover, if we ran into any of the camp staff, we planned to tell them that we were going to the washroom. It was a bit strange to carry a backpack of supplies with you, but we might have been taking a late-night shower. Our planning proved to be unnecessary, as we didn't see anyone, campers or counselors, before we climbed over the old wire-metal fence that marked the boundaries of the camp, and slipped out into the dark.

Sam had googled the area during the afternoon, and she'd printed out some satellite maps from the tiny black-and-white printer in the lounge. They were pretty fuzzy, but both the camp and the bakery were on the lake, and if we knew that if we followed the shore we'd get there eventually. We didn't know the bakery's address, of course, but if the grey blobby thing on the map was really the same building as the one with the smokestacks, then it was only about four kilometers away. Sam said that she'd read somewhere that people walked at about four kilometers an hour, so we thought we would get there by eleven thirty.

We hadn't counted on the numerous little bays and inlets on the lake that we had to walk around, or the difficulty in clambering over uneven rocks in the dark. The walk was hard, and I was pretty tired, but my energy was up, and the moon was bright, and while it could have been scary had I been on my own, I was OK with Sam there. I was fairly certain that nothing scared her, and I admired her for it.

She didn't seem worried at all, about the dark, the ghosts, or the very real chance we'd get in serious trouble with the camp authorities.

It was well after midnight by the time we rounded the last bend of the lake and saw the factory. It was very large and it's silhouette was dominated by two enormous smoke-stacks protruding from what, by moonlight, looked like little more then a massive pile of lumpy shadows. 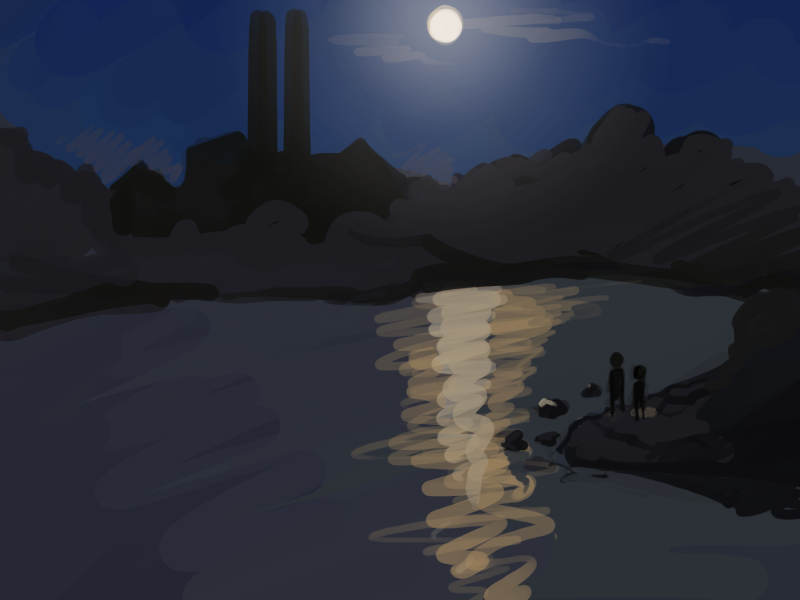 A bit of fear wiggled its way down my back now I saw the place properly. What was something like this doing out here? Why would someone ever need a bakery so large? And why, if one were to construct such an unnecessary structure, would you build it out here? We were almost two hundred kilometers from the nearest city, and that city was Fredericton, not exactly a thrumming hive of commerce in need of vast quantities of baked goods.

The building was wrong. Out of place.

More then that, it gave me a weird feeling when I looked at it, looming across the tiny bay. The feeling was not one of neglect, which I would have expected, for the roof line was even and unsagging, and the two towering smokestacks were straight as rulers. Nor was it one of menace, which might be explained by its spooky reputation. It was one of… incompleteness.

As though it were unfinished.

Or possibly, as though it were waiting for something.

So, telling a non-interactive story in an interactive medium is a bit… non-functional. Apologies, but this is probably going to last another few days.