It totally WAS her fault!

I mean, by the next night I'd pretty much forgotten the whole thing. I'd never been to a summer-camp like this before and everything was new and exciting. I was so busy doing stuff, I didn't have time to worry about being away from home, or that I didn't know anyone here, let alone Sam's weird… stuff.

So when Sam marched up to me at dinner and asked me if I had a flashlight, I was confused. 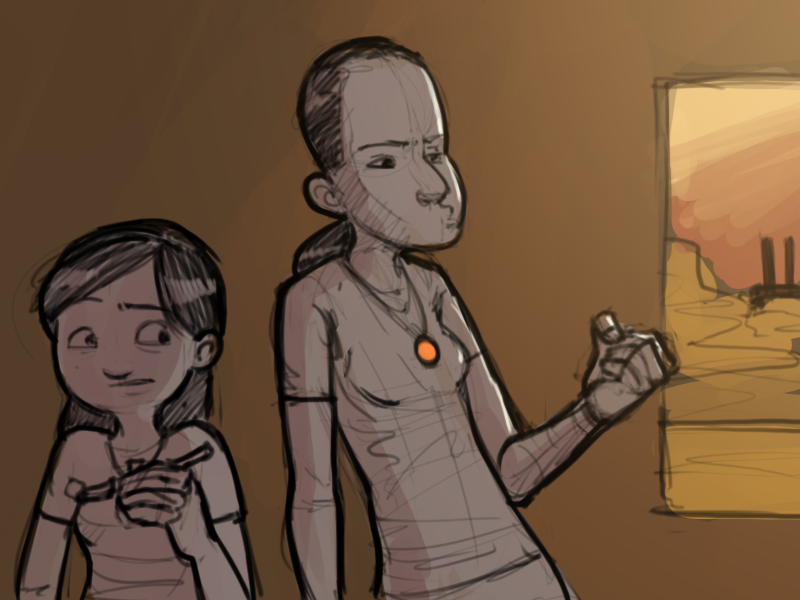 "Um, yeah," I answered, "It was in the list of stuff you're supposed to bring to camp. Like, eight t-shirts, long pants, suntan lotion, bathing suit, socks, flashlight, and some other stuff. Did you forget yours? I can let you borrow mine if you want."

"No, I have my own, I was just checking for later. You might wanna save some of that food, and maybe grab a bottle of water, just in case."

"Later?" I really had forgotten. I thought she maybe meant for like, going to the bathroom or something.

"For the mission. You know? To the bakery."

"You - you're actually going to do that?"

"WE'RE going to do it," she said, putting extra emphasis on the 'we', "And what do you mean 'actually going to', of COURSE we're going to do it!"

And so we did.

TheBurningFox:
I was scared.
Thank you my friend!