We didn't get a chance to tell any of our own spooky stories. It was just the counselors, at least around the fire..

"Most of the stories were pretty traditional, as ghost stories go," said Sam, "Like 'there were people who inherited an old house and it was haaaaaunted! They saw a spooky kiiiiid who had diiiied eighty years ago in a snoooooooorkeling accident!', real old school stuff. Sorta corny, but still cool. I liked 'em."

I had too, I'm not normally into that sort of stuff, but it was different sitting there in the dark with new friends, and the smell of wood-smoke all around, full of good food and a little sticky from all the marshmallows.

It had been pretty great. 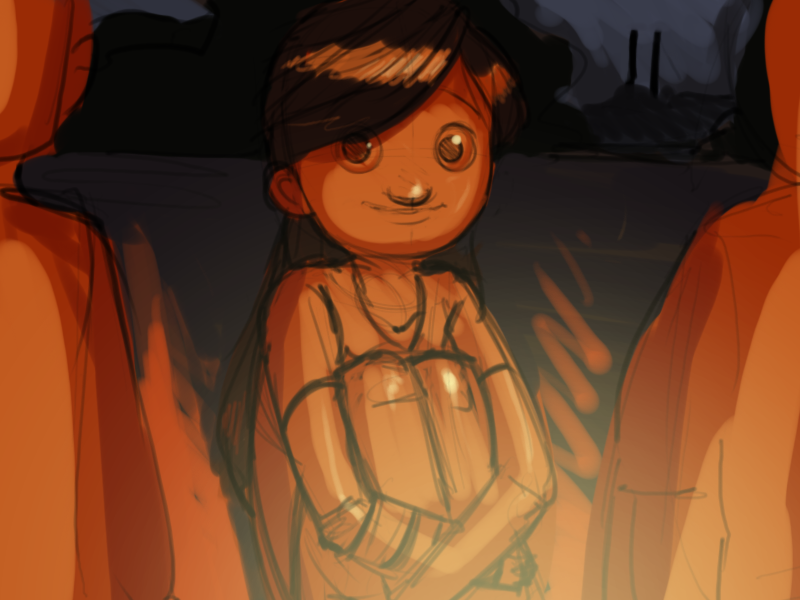 "The best one was about this guy who'd owned a bakery, like one of the big ones for supermarkets. He'd gone crazy one night and locked all the bakers, like thirty people, in this huge industrial oven and burned them all alive."

"They couldn't, he burned himself up too! That was the super gruesome part. After he'd burned all the other bakers, including his wife and his little kids -

"His little kids were bakers?"

"You know what I mean! After he'd killed all the other people, he poured lamp oil all over himself and lit himself on fire. They said that, even now, you could see his ghost at night, wandering through the bakery, still burning, and if he touched you, you'd light right up, and burn and burn until there was nothing left of you."

"OK, but what was the point?" Lash pursed her lips.

"What? It was a scary story! There doesn't have to be a point."

"Yes there does. Ghost stories always have, like, a lesson," said Lash, "They're always about something. Like, does he only kill people who are bad at cooking or something? Or, ok, I mean - take the Hook, he kills people who are - "

"Uuurgh, you are not allowed to bring English class stuff into this!"

"I wasn't bringing English class stuff into it! I was just saying th-

"It was just a scary ghost story! It doesn't have to mean anything!" said Sam, "And anyway that wasn't even the point."

[size=10]"Look, you had the paperclip bent too far, see? You gotta straighten it out like this."[/size]

"I had it straight, it keeps bending when I twist it," said Lash, looking at the paperclip.

"I said that wasn't the POINT!"

"So what WAS the point Sam?"

"When it's straight, you just have to sort of slip it in, like this, and -" 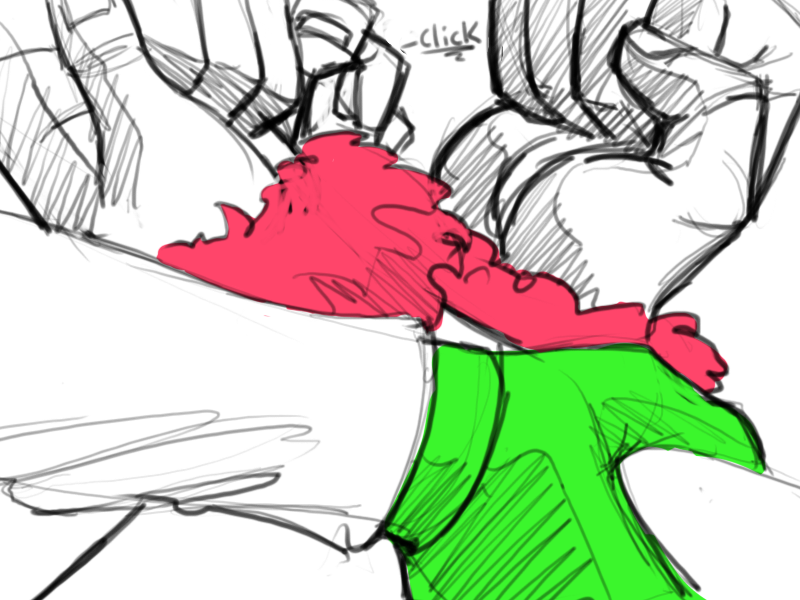 "You are really ARE good at this Bina. So do you tw-

"The point," said Sam, interrupting, "Was that it wasn't a regular old ghost story about something that happened far away. This had happened nearby. You could see the old smokestacks of the bakery from where we were sitting."

When Anna, the counselor, had pointed them out, thick black stripes rising out of the forest against a rapidly darkening sky, a long low 'Ooooooooh' had welled up around the campfire.

That's a lot of layers. I'd almost be impressed, if I hadn't done it by almost entirely by accident.

xooxu:
To be honest, this is shaping up to be a pretty interesting story. A real R. L. Stine contender.

I don't quite know how to respond to that one. :|