That is gross, though. Why would Lash agree to that??

I know it's gross! I said that! Right at the start! 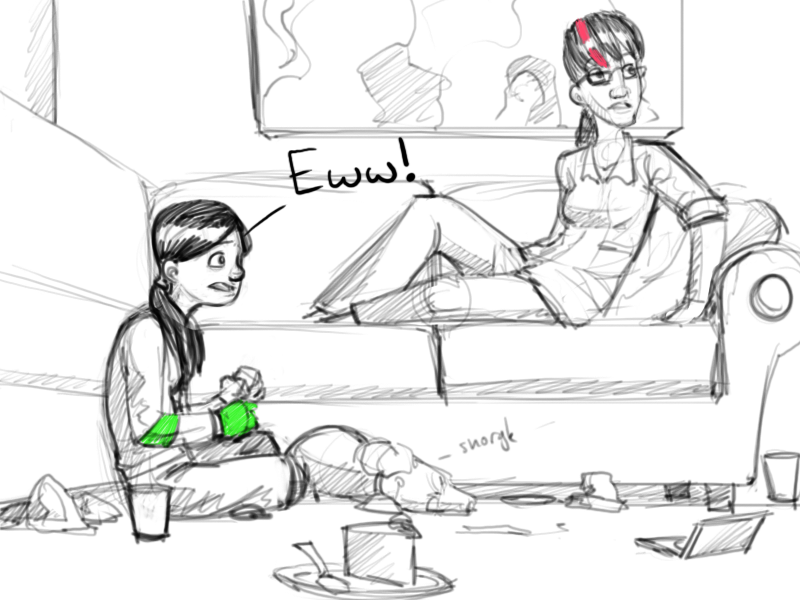 But Sam just ran off anyway. She loves gross.

I don't know why Lash didn't stop her.

I would have! If it were my parents room!

I wouldn't have wanted her to do it, anyway.

I think she just honestly didn't think we'd find anything, and didn't feel like dealing with Sam whining.

She was SUPER mortified when we found them though.

"Look at THEEEEESE! Oh my gaaaaaaawd! This is WAAAAY better then I thought it would be!"

"I thought maybe we'd find a box of condoms, or like, some dirty pictures if I was lucky. But this? It's so kinky!"

"I am eating ALL the cake! I don't even care if I get sick. It is worth it! Ha hah! I win! You should see the look on your face!"

"What is it?" I said, moving closer. I had decided to look in the closet because I didn't really know what we were looking for and Lash's Mom had some really nice coats.

I couldn't figure out what I was looking at really, it just looked like a ball of pink fuzz in Sam's hands. I thought maybe it was a stuffed animal.

I had a sinking feeling in the pit of my stomach. A familiar one. 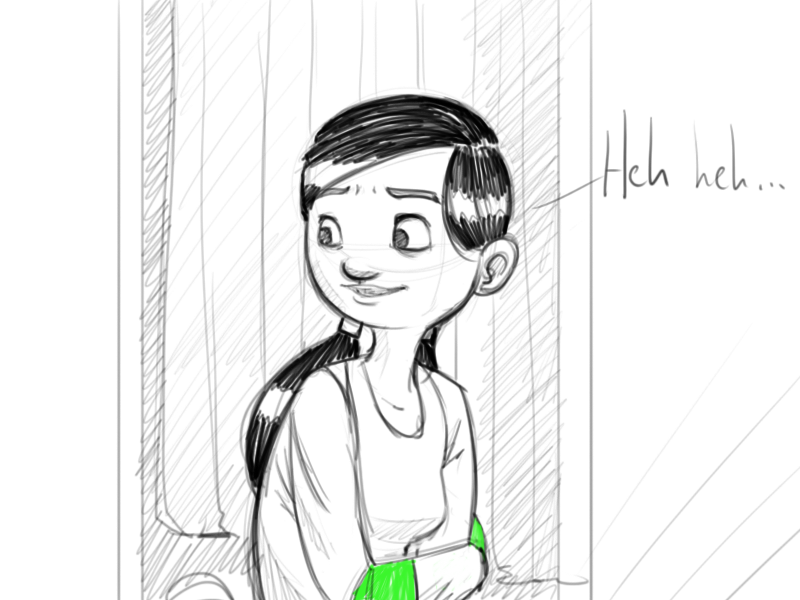 This was about sex.

That was what we were there looking for, in Lash's parent room. Sex stuff. I got that, it was sort of gross, and super invasive but I got that.

But I didn't understand how this had anything to do with that.

It was happening again.

It was always like this. It was like, everyone else in the whole world got a manual about this big important THING, that explained everything, and had instructions, and numbered lists, and everything, but whoever was handing it out skipped me.

I didn't get one.

Silly little Bina, just bumbling along behind everyone, not getting any of the jokes.

Did you hear that she 'dated' Diego Benitez last year for six weeks without even knowing it? She did! She thought he just liked going to movies and to the park! Oh, isn't it just adorable! Poor Diego!

I am such an idiot about this stuff!

It wasn't that I didn't know how… you know, how it worked, at least by this point, but every time I thought I had it sort of figured out, it turned out that there was all this new stuff, this whole new area, and everyone else had got there before me and had taken all the good seats.

So I didn't say anything. I just sat there.

I thought that maybe if I didn't say anything, they wouldn't notice.