"Craaaap," says Bina. "Did you mean to say 'hamper'? 'Cause if you didn't, I think you might have the talky brain thing I had. It's ok though, it should be tempo -

Kendra lets out a coughing sound that might be a laugh, then winces and clutches her head. "No."

"I don't have 'your talky brain thing'," her voice is raspy and faint, "I meant to say hamper. It's what we missed."

"Uh." Bina isn't sure what she's talking about.

"The laundry hamper. In the office. I opened it when we were looking for the clock, but it was empty. It should have been closed. I…" she trails off, distracted, "God, I am so cold. Where are we?"

"We're in the sugar factory."

"No. No, I mean the remains of the sugar factory. It's buried in the construction site behind the laundromat - err - behind where the laundromat used to be. I didn't get to tell you before, uh…"

"I'm not really thinking too clearly right now, but, that does not make any sense, at all, does it?"

"Oh good. We'll just, you know," she waves a hand in the air as though drawing a line on a chalkboard, "Add that one to the list." 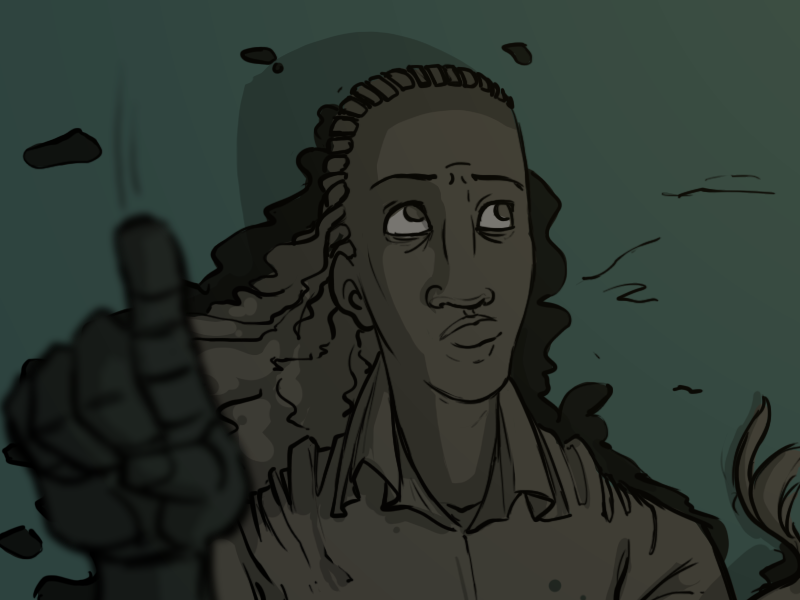 "This is a long shot I know, but just to be sure, we're not, currently, spinning around really fast, are we? Like on a theme-park ride?"

"Uh, no. We're lying on the ground, not moving at all. We're more," she yawns, "We're more sort of freezing to death, I think."

Bina is aware that she should feel more worried about this, but it's hard to feel much of anything right now. It doesn't even feel that cold anymore.

"Oh," says Kendra, then, after a few seconds, as though after great deliberation, "That really sucks."