Bina can't move. She knows she has to, she knows that if they stay here out in the cold they'll freeze to death.

And if she isn't going to move, then she should at least be trying to figure out what's going on. She should be planning. Thinking.

But she just can't.

For a long time, she is just… still.

Perhaps she sleeps a little. 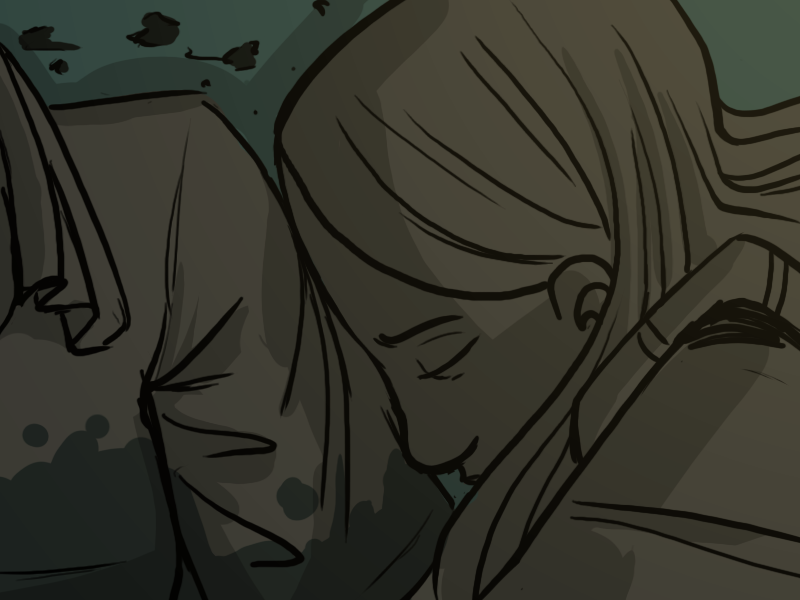 If she does, no dreams come.

Later, possibly much later, she manages the extraordinary feet of opening her eyes.

In front of her, she can see Kendra's chest going slowly up and down.

She licks her lips. They're dry, covered in grit, and taste like blood. "You're not dead."

"I thought maybe you were. Are you ok?"

What an ridiculous question. Bina feels silly for even asking it.

The arm that Bina is holding (She's holding Kendra's arm? She doesn't remember doing that.) flexes, then Kendra says "Hamper."

Dalmationer:
this adventure is probably in my top three adventure's on this forum.
It's like
a proper adventure.

Anthano:
yeah I'll say it once and I'll say it again this is fantastic and your devotion to updating every day is super inspiring keep it up ;v;

Aww, thanks everyone. *blushes*