Primary Temporal Position: 0279
Reset Temporal Position
CrimsonMage:
>Bina: That's interesting. The moment you fulfilled your purpose, fulfilling the past, you were forced out as if you were situated on an unwinding coil. Before, right after you had changed the past instead of fulfilling it, you were torn out. I'm not sure what this signifies other than, Bina, you just found another form of time travel.

"We'd better see whether we came back all the way. That would be kind of silly wouldn't it? I mean, dropping us off half-way-back-to-the-future."

"Well the TV is still the right way up. Or the wrong way up I guess. It's pointing at the ceiling, not in the mud or angled at the wall like it was originally. And it's cracked. You cracked it when you kicked it over, so I think we're good."

"Dang, I don't like that kind of time travel. It's really awful, I mean the other way isn't great because you have to be super careful about changing stuff, but this way? You have to change stuff, and you can't do anything about it. What if you saw yourself die and it was like that? You'd be trying and trying not to die but it wouldn't help. Eurgh. No thanks. Not doing that again. 'Still dunno why it worked like that though. We went back in time. Maybe Josephine just got it wrong."

"I hope I'm still on my Mom's dental insurance. You don't think I'm going to be able to find my tooth in all that rubble back there do you? I think it's way cheaper to get a tooth put back in then get a fake one."

"Hmm. Probably not. Even if I did, it'd probably be covered in laundromat junk. I don't think I'd want anything like that in my mouth."

"Oh well. Maybe I could get a cool one. Like gold or sparkly or something. I could look like a pirate! My mom would totally kill me, but how often do you have the opportunity to get a real gold tooth? Not very often."

xooxu:
>Nap. I vote nap. It's like 4? 3? in the morning. Bina's lost some blood tonight and hasn't really eaten or rehydrated. She's going to need to crash soon.


"Man, I hope B12 packed some sandwiches in this backpack. I am starving! And tired, gosh. I'm wired right now, but I'm betting in like ten minutes I'm going go be snoooring. That always happens to me when I pull all-nighters for school. I'm totally fine 'till like six, then I get SUPER HYPER for ten minutes, then I just pass out."

"At least this kind of time travel doesn't come… with… Kendra? Are you ok?" 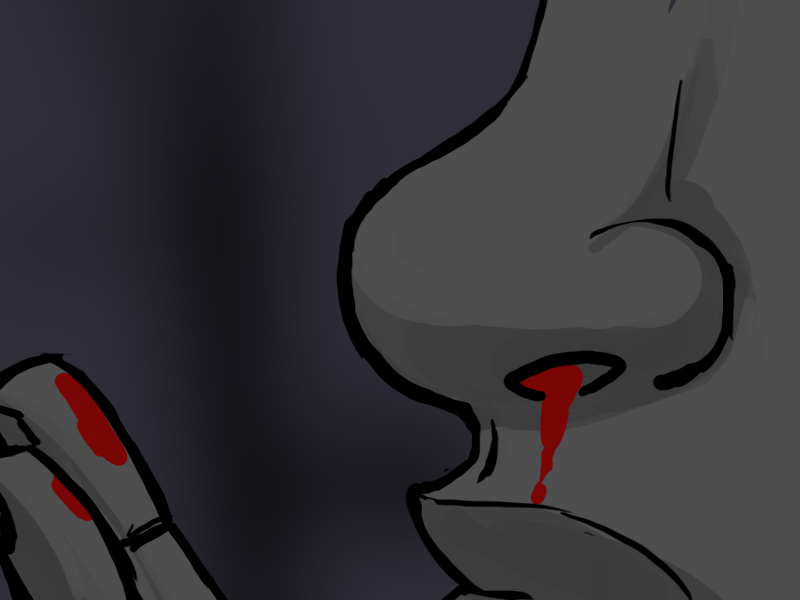 meganopteryx:
Kendra is my favorite!