Primary Temporal Position: 0264
Reset Temporal Position
Kíeros:
> There aren't enough yesses in the world.
Anthano:
> JUST A BIT
Wessolf27:
>It messes with everything you know about reality.

"Heck yeah it does. Super bad…"

Bina can feel something in her own head, there's a thought there, but she can't quite wrap her brain around it.

Bina spins the broken piece of time in her hand.

I dropped this thing, I let it go, and it flew out of my hand and stuck in the TV, and the TV turned on. Later, in the tunnel, me and my weird arm will get near that same TV and it will turn on again.

And a bit of this thing, this bit of THEN, will still be inside it.

And I did both of those things. I think.

I think that both of those events were me, and both of them were accidents. I didn't mean too turn on the TV with the time nonsense I'm carrying around, and I didn't willingly let go of this thing just a few minutes ago.

But after it got stuck in the TV, Kendra pulled it out, and it broke, and the TV turned off.

And hours from now, a lifetime from now, Kendra will kick over that same TV, and it will turn off again.

Again, for the first time.

Bina tongues the hole where her tooth was. The absence feels wrong. Dreamlike. Haven't I had dreams of all my teeth falling out? 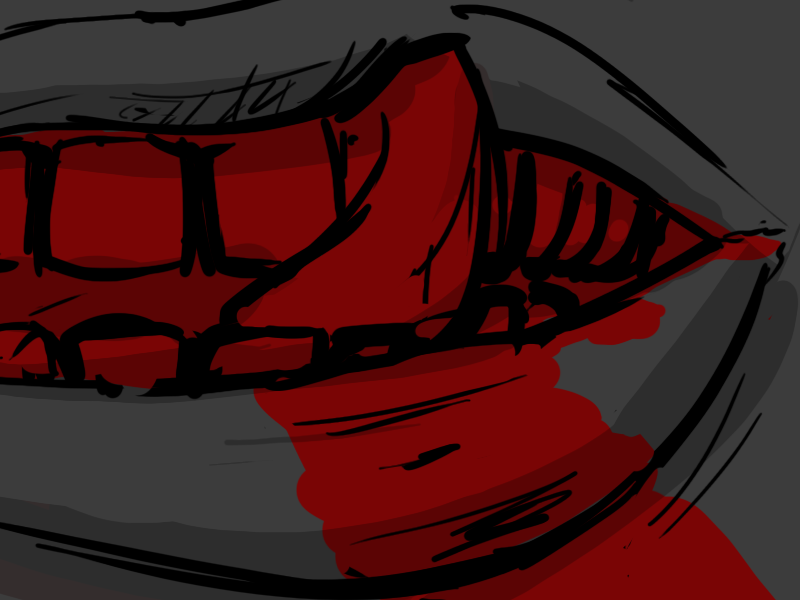 "That blood is yours. Was yours." A pause."Will be yours."

"You sorta… you got some blood on the carpet. From your mouth. Just now. A little sorta smudge."

"Oh." Bina wipes her mouth with the back of her hand. She tastes the bitter sweetness of the tunnel mud. Bleh.

"I spent a long time looking at that blood when I was chained to that desk, thinking I was going to die. I thought it was from his previous victims. I created a whole string of them in my head. Dozens. Maybe hundreds. I thought and he was going to come back and stab me, or shoot me, or just choke me to death."

"It's kind of funny really. The Russian guy had nothing to do with it. I'm the one who did it. Heh."

There's a sharp, ragged intake of breath. If Bina were paying attention she would have recognized it as as something that was almost a sob.

But she's not paying attention. She's too busy chasing that weird thought in her head, down, down, and down. There are patterns in all this. Shapes slithering in the dark.

Both those things, breaking this piece of time, and kicking the screen over, they were done by Kendra. Both were intentional, she meant to kick over that screen. She meant to grab the splinter. Does that mean Kendra is the one in charge of all this? Or is she trapped like Bina, just another fly in some invisible web?

Did that little bit of Then, so close to it's twin, snap when Kendra kicked the TV over? Was THAT what pulled her through time?

It might be. It feels right, though Bina has no idea how the actual mechanics of something like that would work.

But Bina chose to come back here. She threw the brick. She jumped.

Kendra came back by accident.

Accidents and intentions, all snarled together. Josephine said that her device ran on perception. If she could just see all of this from the right angle it would all make sense. Like a puzzle.

What IS this little thing in her hand? How can you hold time? And shouldn't it weigh more then this? This hardly weighs anything. Her hand drops down onto her chest.

How much time is this little thing? A minute? A second? Less. It's gotta be less.

Her mouth hurts, her clothes are filthy and starting to chafe really badly, and her arm, the bad one, itches.

But it's warm in this little room. The warmth of real midsummer. And the carpet is soft, and smells faintly of mothballs and alcohol. The chill of the basement is far away.

Everything feels far away now.