Bina isn't sure, but if that's Gregor back there she's going to find out. She's not letting him get her again, and screw the consequences. Whatever Gregor's plans are for her, she wants no part of them.

xooxu:
> Explore the office, but try not to be seen by Gregor. Be the ninja.

Kíeros:
> See who (or what) is trying to be quiet.

Bina creeps forward, placing each foot carefully on the linoleum floor. Now that she's paying attention too it, she can feel the uneven slope of the floor even here. The basement is already well on its way to collapsing. 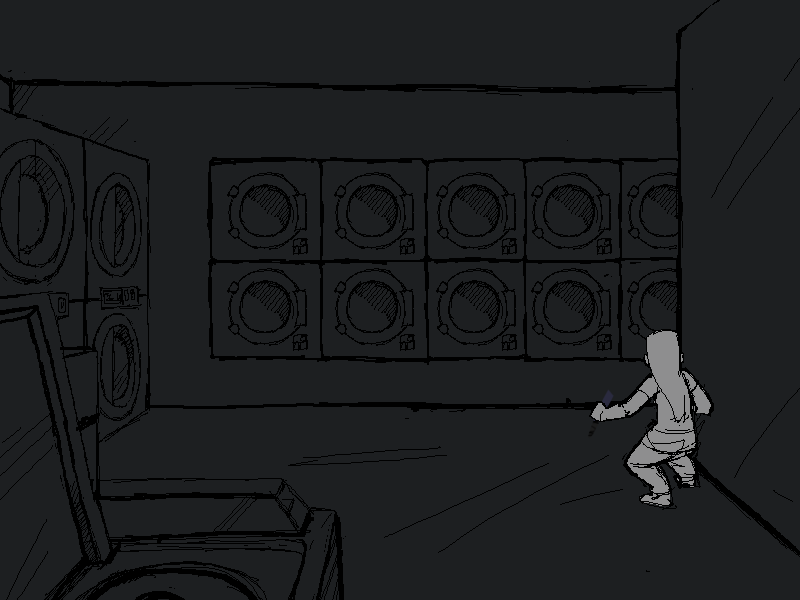 Bed. Bed and painkillers. And a shower! A shower first. Then sleep for a week.

Her exhaustion is like wall - No! Like one of those construction loaders, big and heavy, covered in mud, rumbling towards her. There's going to be a point, sooner then she'd like, when it's going to catch up with her she's going to have to stop, whether she wants too or not.

But it's not yet.

Whoever it is, they've gone absolutely still. The skin on the back of her neck crawls. Past-her is going to be coming through the door behind her in just a few seconds.