Dang. She did, didn't she? She said something about, it's pretty hard to remember, but she said that 'the damage to the timeline wasn't looping'. That it was continuing to get worse, despite the whole Groundhogs Day thing that all the previous Bina's have been doing.

And if anything she's seen so far looks like 'damage to the timeline' this is it.

Bina reaches out her hand toward the thing. It would be super weird if she could touch it. 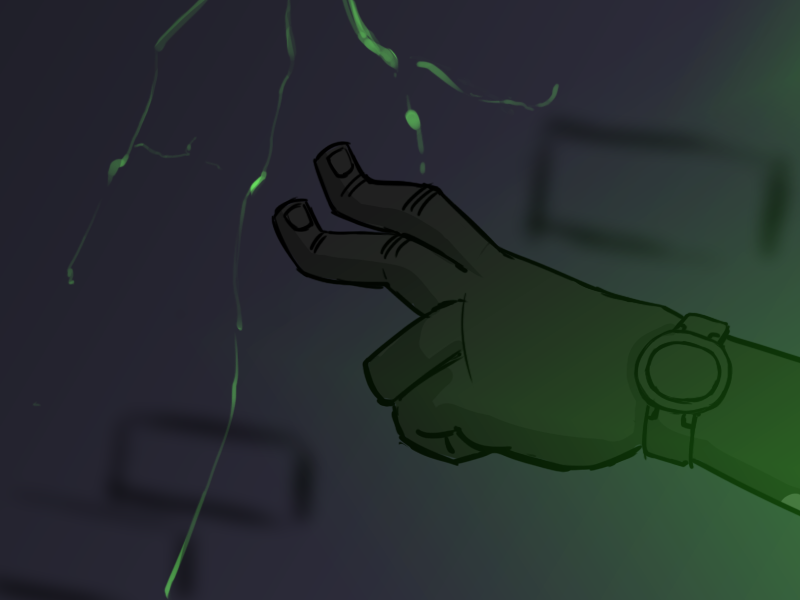 She can touch it. It feels, well, normal. Disappointingly normal. Smooth, but not slippery.

Touching the hard air sucked all the heat out of her fingers as though she had dipped them in an ice bath. Even standing close to the thing makes her shiver, as though she were standing beside a furnace turned inside-out. The thing seems to radiate cold.

tegerioreo:
Now's your chance to find out what reality tastes like.

In the middle of her tangled thoughts she wonders for a brief moment what it would be like to lick the cracked air.

I mean, who else can say they've tasted time? She bets it tastes like clocks.

She then wonders, for a somewhat longer moment, if she's gone entirely mad. 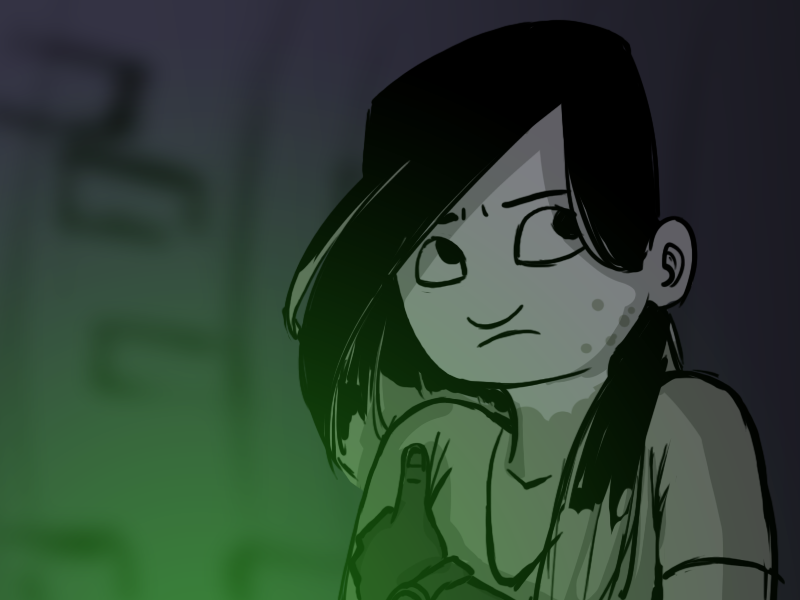 So, right… this has to be what Kendra fell through. That means that if SHE, Bina, goes through it, then she'll probably fall to the same place, the same time, as Kendra did. That stands to reason, for a given and shaky value of 'reason'.

But none of that matters if she can't make the crack bigger again.

She breathes on her hand and puts her hand back on the freezing wall of time, careful not to put it anywhere near one of the edges. She'd rather not slice her hand open on the fabric of the universe if she can help it.

There's no telling what might happen if she did. 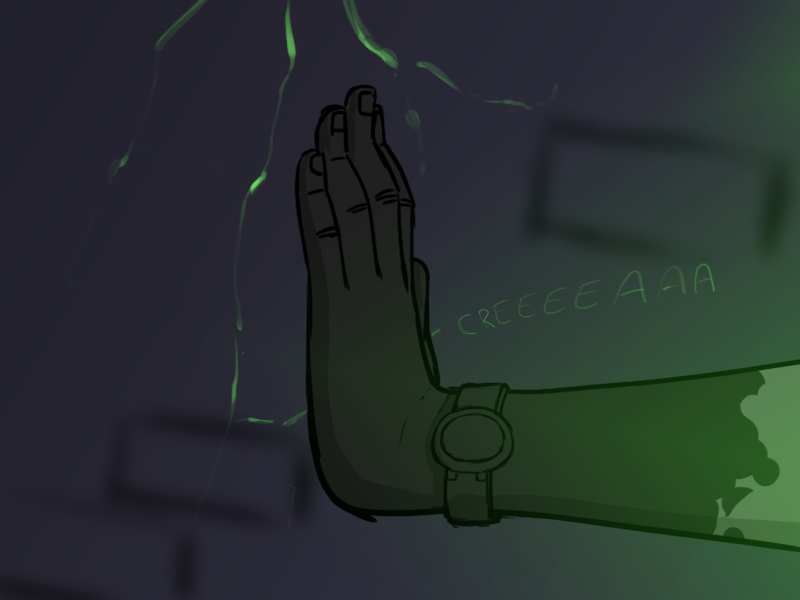 The edge of the crack makes a grating noise, unpleasant organic, as though she was sliding a sharpened chicken bone across a dirty plate.

And it moves. Not a lot, but it moves.

xooxu:
I'm a huge fan of this panel. A) That light cracking looks really cool, and it look impressively like refracted 3D light. And B) I just like Bina's pose, lol.

tronn:
I love the lighting effects in this update, very nice!

I was hoping that I could cheat, and use the emboss effect in photoshop, but alas, it looked really terrible, so I had to paint it.