Primary Temporal Position: 0247
Reset Temporal Position
xooxu:
Wait, if Kendra went back to that time, maybe she already altered some stuff on your timeline. When you think about first walking into the laudromat, is anything weird, like the note on the door? Any retcon?

Bina thinks back to first entering the Laundromat. Was anything weird? Yes! Everything was weird. The lights were off. Gregor's coat was on the ground for some reason. She kept seeing things in the corners of her eye and -

And the TV had turned on again hadn't it? It had been on when she was outside, then it went off, then it turned itself back on. She thought it was Gregor screwing with her at the time but now?

Did she and Kendra just do that? Can they do that?

The TV, and she swears it IS the same TV, the one from the laundromat, was here and it was on. Maybe it was activated by her spooky hand, maybe not. It was plugged in back then. It's possible that Gregor really was watching it. 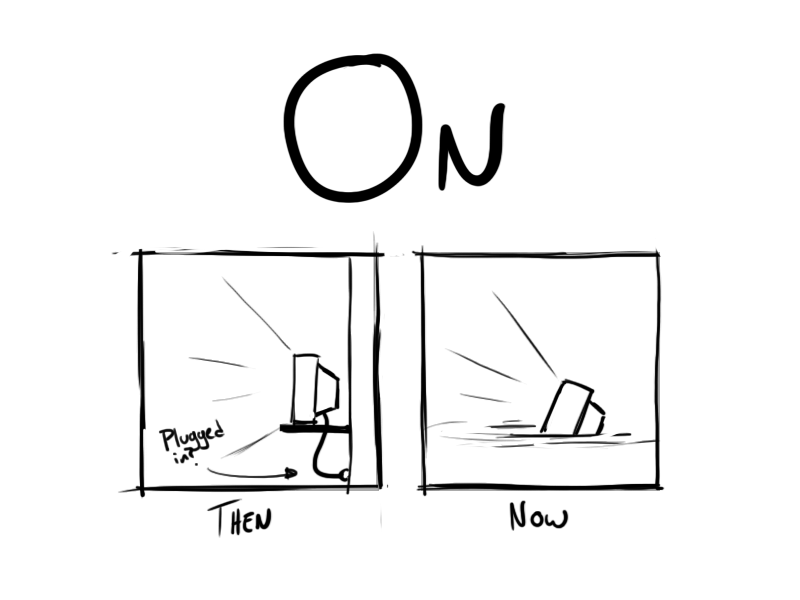 Then Kendra kicked it over and it turned off. Bina hadn't seen what happened before, but she bets that it turned off by itself. 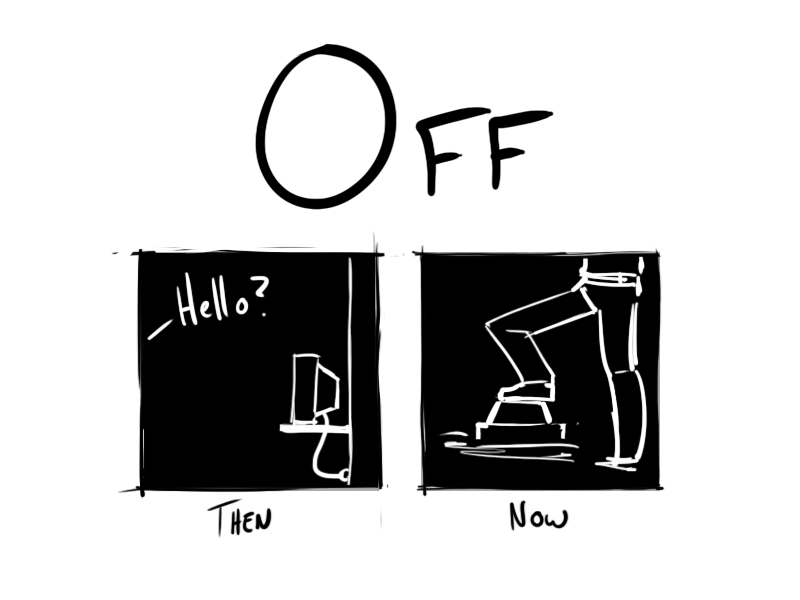 Then Bina had… pulled it out of the muck and reactivated it somehow. It turned on again. 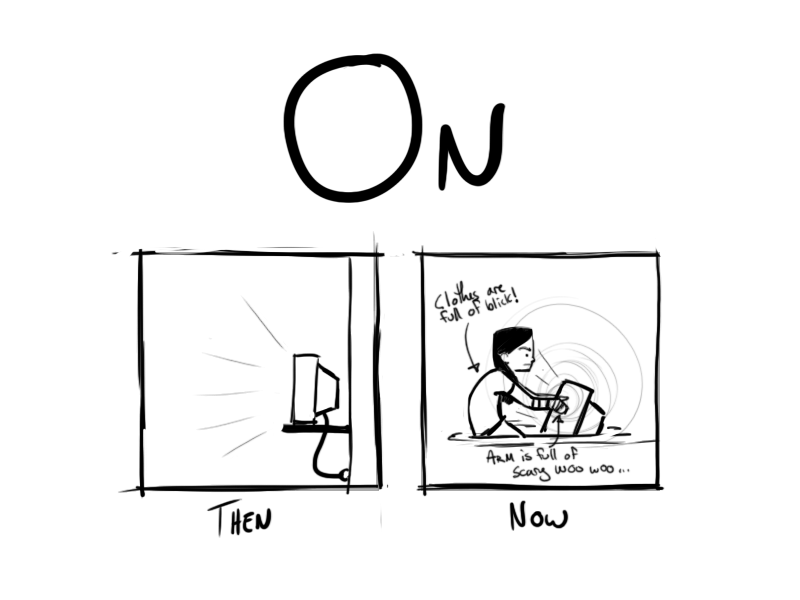 Then her younger self, looking for caffeine, had seen the TV and had turned it off again. And it had turned off here as well. 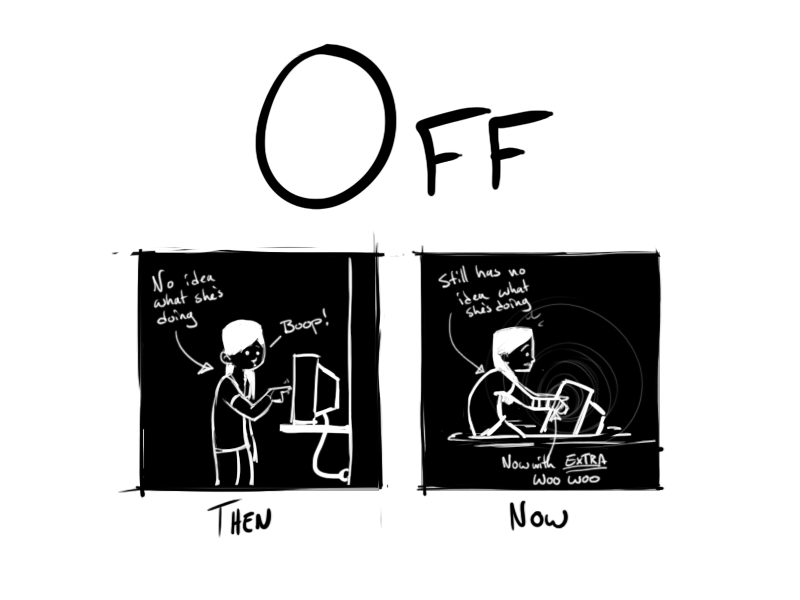 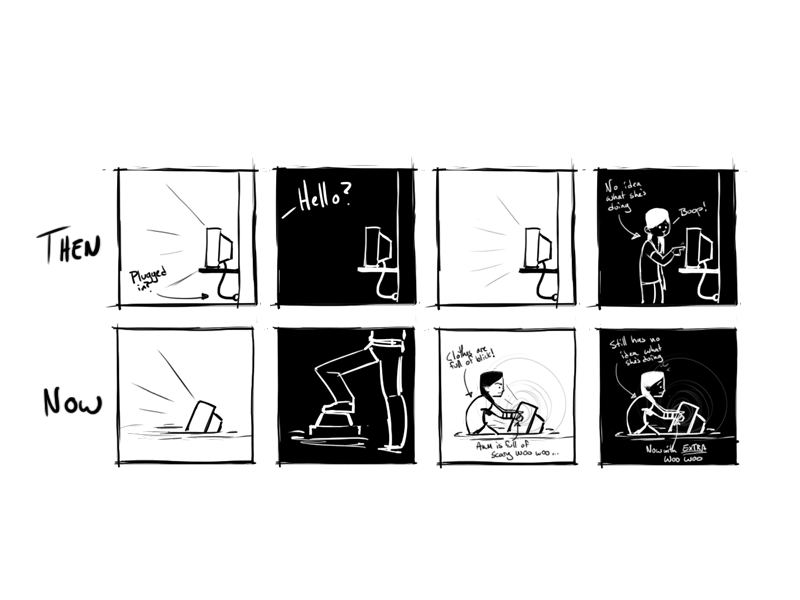 Here and in the past.

Even the timing fits. She had that awkward conversation with Gregor in the past, then put her laundry in the machine. Now-her had checked the wall for secrets, found the sugar factory, then picked up the brick.

But that's nuts! What if she'd done something else? What happens if she turns it on again? What if she'd smashed it? She was going to smash it on general principals, but she thought maybe it might show her where Kendra was.

And how does any of this have to do with finding Kendra. This is weird and confusing and possibly important but it's not helping her find her friend!

Dangit! She was sure the television was involved! It had the not-glowing stuff…