OK, regular old static on an television with no power that is shot through with pulsing circles of green and malignant light…

K25fF:
I think the screen is reacting to her hand again. Maybe wave that around over the screen. Like a magician.

She shimmys forward a bit to prop the TV on her knees, and waves her spooky hand over the tv.

The circles of light follow her hand. So she's definitely still radiating whatever it is even with it covered.

Maybe if she cut off her -

She shuts down that train of thought. Not happening. Nope. Not ever. She likes her hand, its one of her favourites, and it's staying put. The green stuff is going to come OUT and her hand is going to stay ON.

CrimsonMage:
>Bina: Your the one causing it to happen, the flickering image, I mean. Perhaps you can "recharge" the TV as well. Put your hand on the TV with the bandage still on, then with the bandage off while keeping your eyes closed. If this doesn't work, open your eyes and try again. You have to save her.

So if it's responding to her hand, maybe she could clear up the image by touching the screen directly? It's not a bad idea. She gets the brick ready in case of funny business.

That seems to help! It gets clearer, but not clear enough to actually tell anything what's going on.

She was hoping she wasn't going to have to do this but she's NOT leaving Kendra behind this time. She did it before and it -

And not just because there's no way in heck she'd be able to climb five stories of scaffolding in her condition.

Or because she's pretty sure that Kendra is significantly tougher then she is and she's scared of stumbling upon Gregor alone.

Or because she already feels super guilty about leaving Kendra behind the first time and she's really scared about what she's going to think of her when she DOES find out that Bina made a concious decision to leave her she'd really like to have done something awesome like rescued her from time shenanigans first before she figures it out. Possibly with a sword or something.

Well not just because of that.

She's going to figure this out.

Kytin:
Ok, this whole mess started from an experiment that was about generating power by observing something. So if we want to build up the 'charge' on the TV our best shot is to look at the screen for a bit. If that doesn't seem to work then we can try shining the green light on it.

And figuring this out probably involves the damned light in her arm. 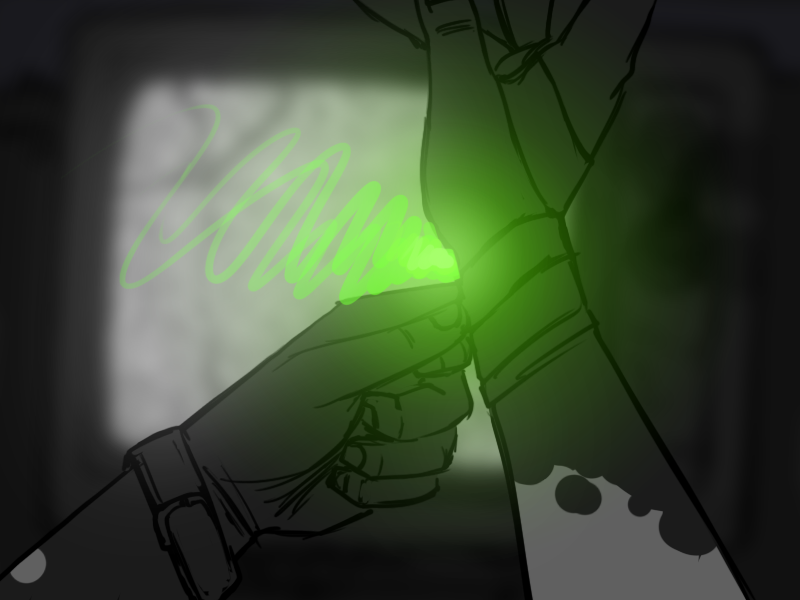 The gritty bandage slides down just a little, just enough to let a little of the green light out.

When the light touches the screen, image is solidifies. 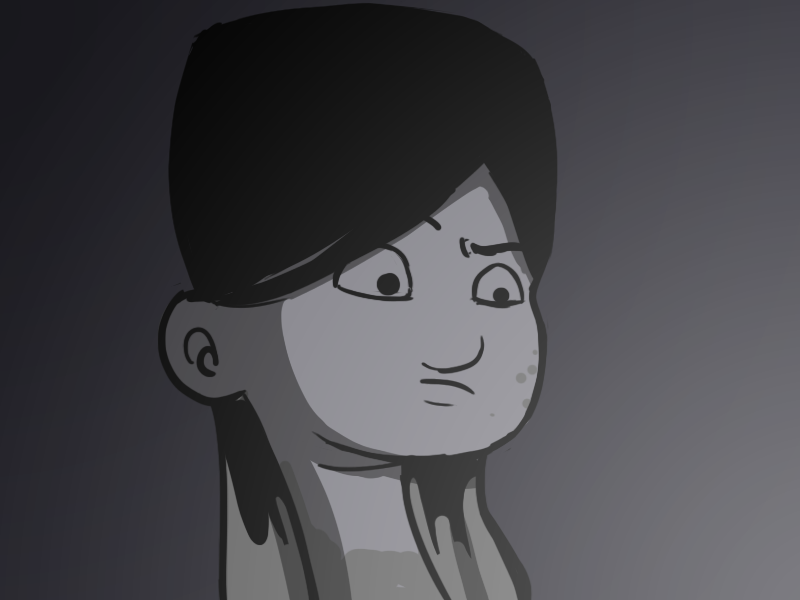 Crowstone:
okie okie on the screen is kendra in the past fighting off a horde of dog monsters with her new green light- laser eyes

So this was not what she expected to see. In her head, she'd been expecting to see Kendra, fighting dog monsters. Lasers were involved. Possibly broadswords.

This is just weird.