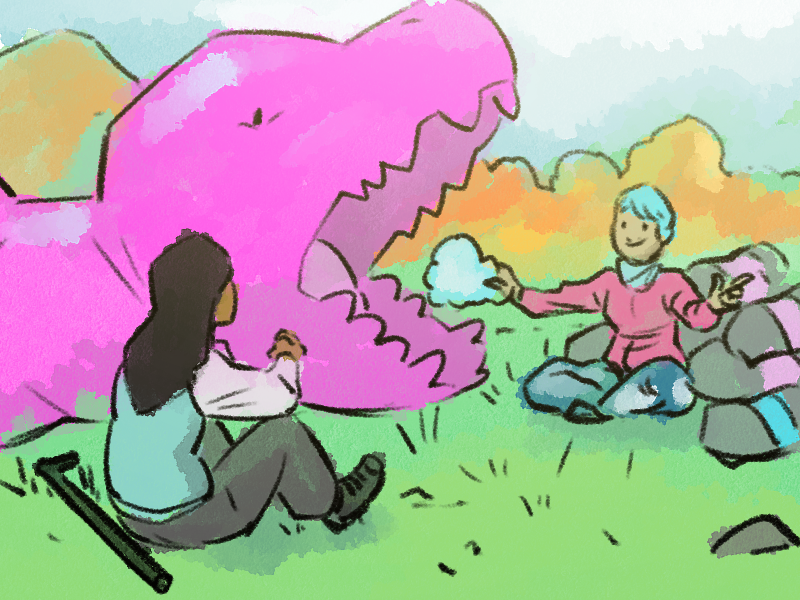 Buddy, the enormous pink dinosaur, makes a mournful sound like a duck crossed with a foghorn.

"Don't give me that look!" says Amie. "I know you like them - but we agreed together!"

They're in a clearing in the forest, some distance into the woods and it's… very pretty. 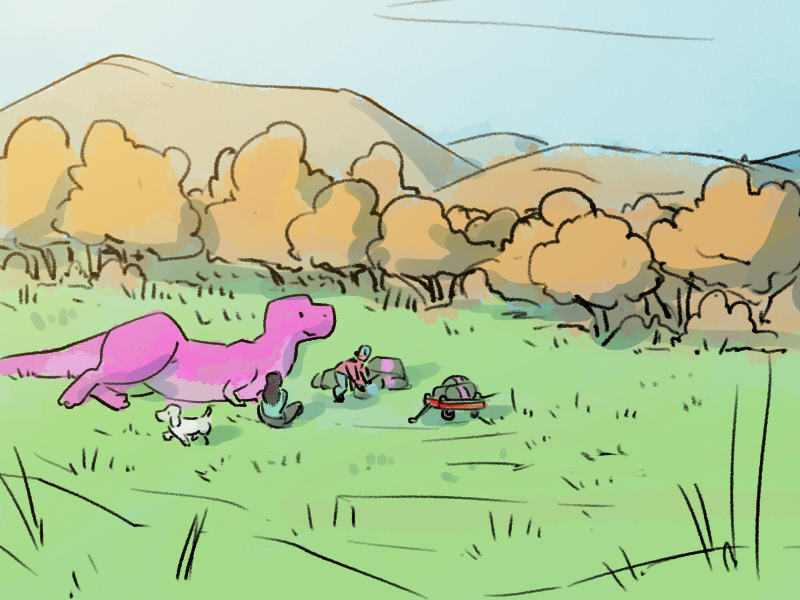 "Not that I'm judging or anything," says Bina, tossing her own cotton candy into Buddy's mouth. "But shouldn't you be eating meat?"

Buddy makes a disgusted face. Amie rolls her eyes, "We tried that, but Buddy here is an imaginary dinosaur. I gave them pretty much every kind of meat I could find, but they just didn't want it."

Bina thinks about that as the two of them continue to feed the vast creature spun sugar and food coloring. The experience is extremely surreal and Bina keeps shooting glances at Amie to see if the feeling is mutual.

It doesn't appear to be. Amie is very chill with this entire situation, which makes sense as she's been doing it for months now.

"I think so," says Amie. "I'd have to rent a refrigerator van, and those aren't cheap."

"I don't suppose…" says Bina. "That you know how to get back to my grandmothers imagination?"

Amie frowns at her friend. "Bina, you're not allowed to freak out about this."

"I'm not freaking out about this!" says Bina, who thinks she's doing a reasonable job of dealing with the everything right now.

"We're fine! Buddy's fine. I'm fine. Right Buddy? We even found them a cave for when it rains." 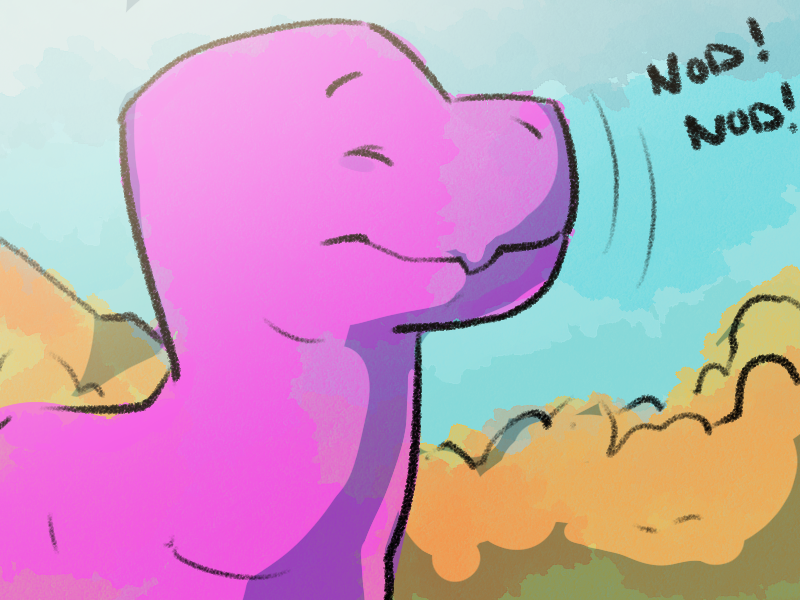 "See? Nothing to worry about," says Amie. "You're still recovering. You're not allowed to freak out about this. We'll figure out how to get Buddy back where they belong eventually. Until then, they're safe here."

"I'm not freaking out about this," says Bina.

"You're a little freaking out about this," says Amie. "Just relax. Enjoy the scenery."

Bina tries. It is very nice scenery. The mornings are getting chilly and all the trees are wearing their fall finery.

"You don't mind having to drive all this way every few days?" asks Bina, after a few minutes.

"Nah," says Amie, finishing off the last of the cotton candy. "Gets me out of the city. Besides - Buddy's good company. And it's beautiful here."

"You don't mind Lash staying with us?" asks Bina, eventually. "For a while at least?"

"Nah," says Amie. "She's cool. I can see why you like her." She looks at Bina with some speculation. "How'd she react when you told her about - you know - the whole deal?"

Bina rubs her arm, and looks away. 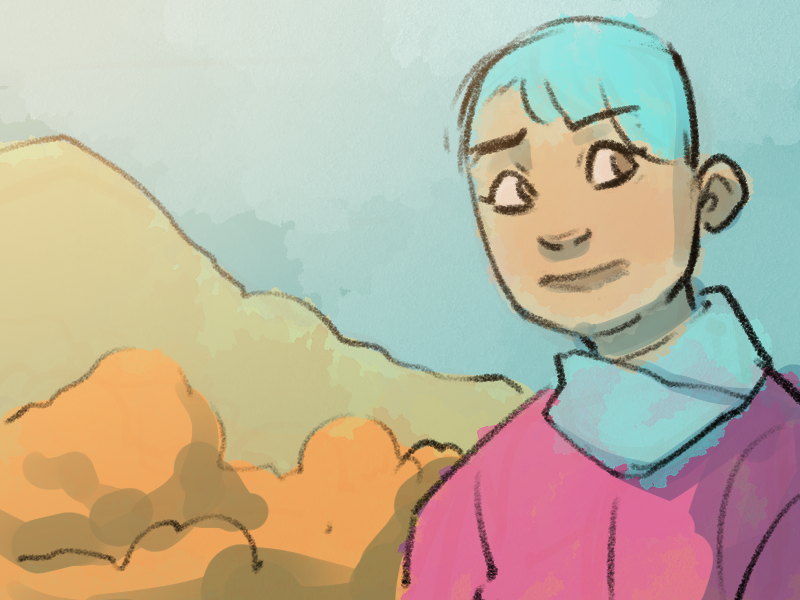 Bina sighs and shrugs. "Oh, she uh - she didn't believe me."

"She tried," says Bina. "She really did, but it's sort of an impossible story right?" 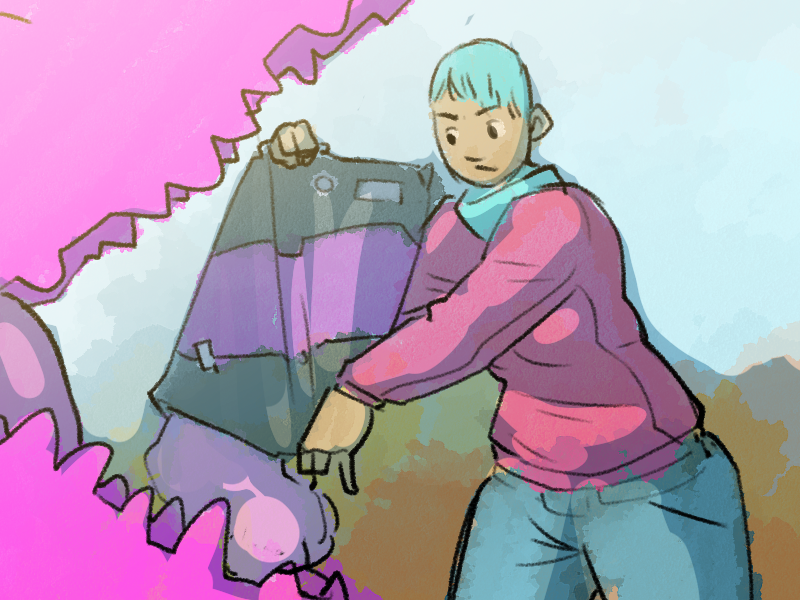 "Anyway, she said she believed me, but I was pretty sure she thought - I dunno, that my brain aneurysm had made me hallucinate or I'd had psychotic break or… something."

"Of course then I introduced her to Piotyr the magical teleporting dog and she changed her tune." 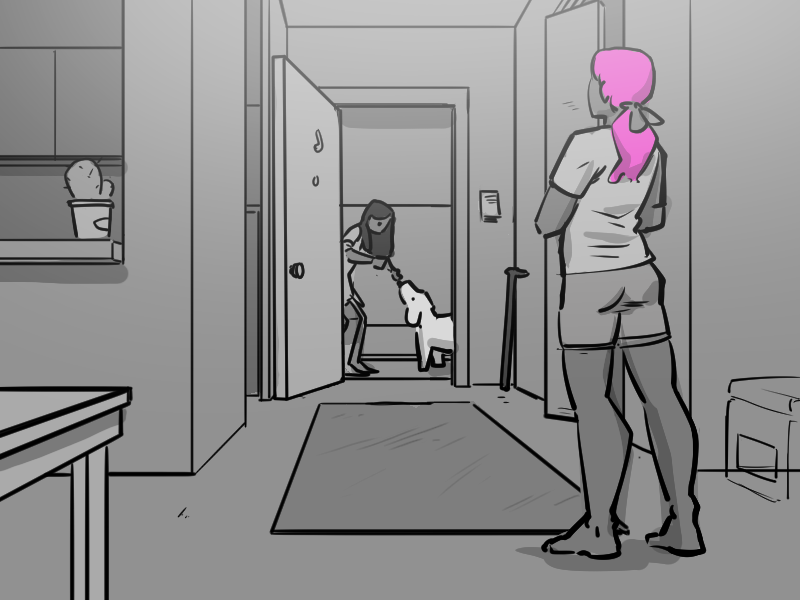 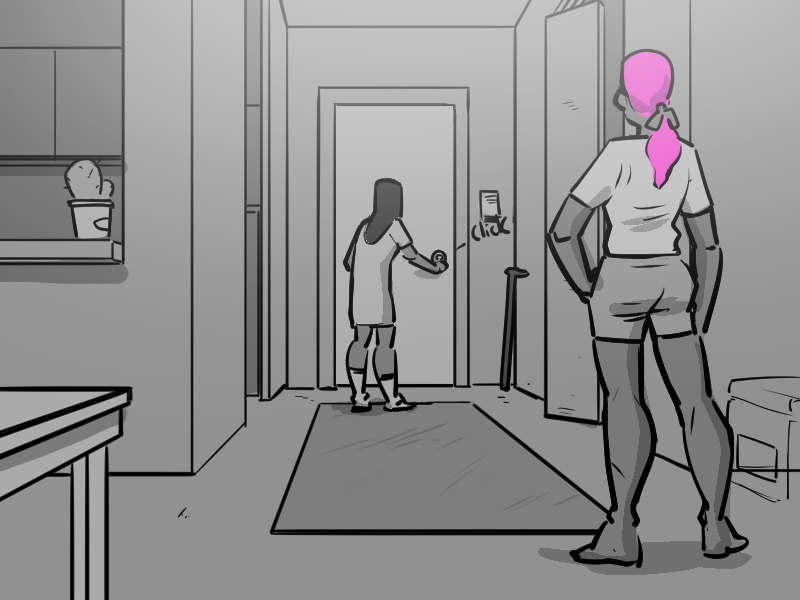 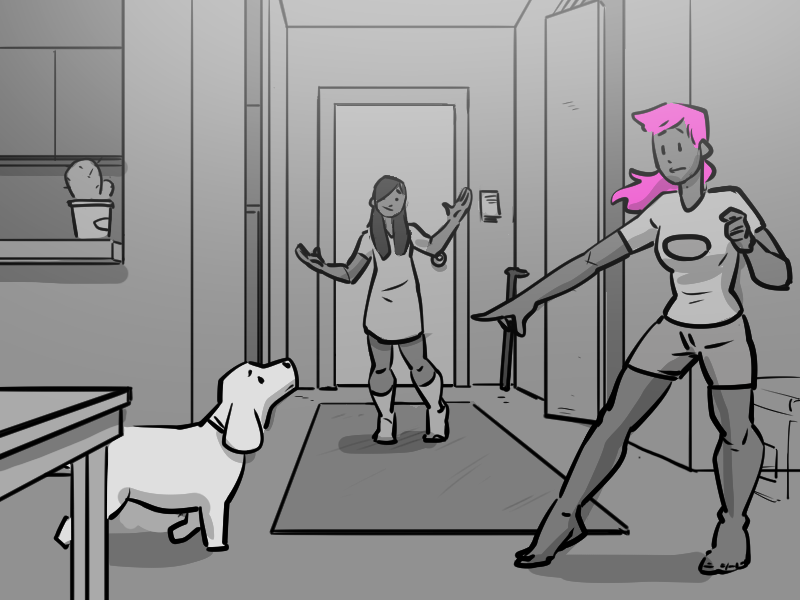 Piotyr is suddenly in her lap, a wet little nose inspects the situation.

"I don't have any more bacon doggo. You ate it all on the way up here!" 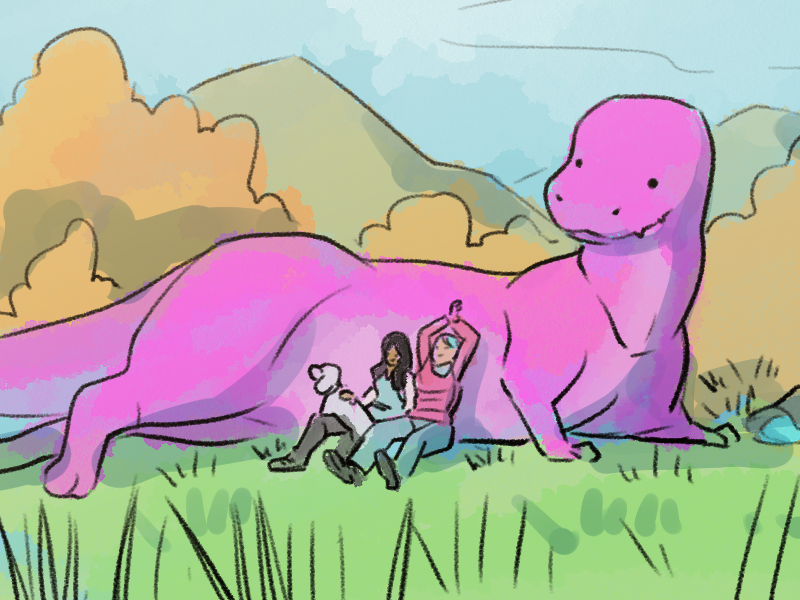 "Hey," says Bina, petting her dog and leaning on a dinosaur. "You think Buddy would like twizzlers?" 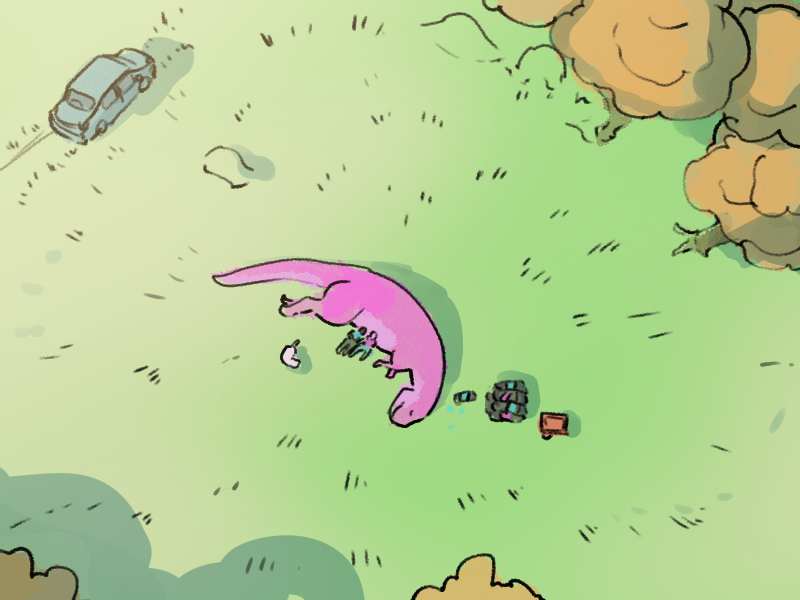