"Woah - hey, careful with the standing OK? You're still supposed to be in bed, and if you topple off of there, I'll be in trouble." 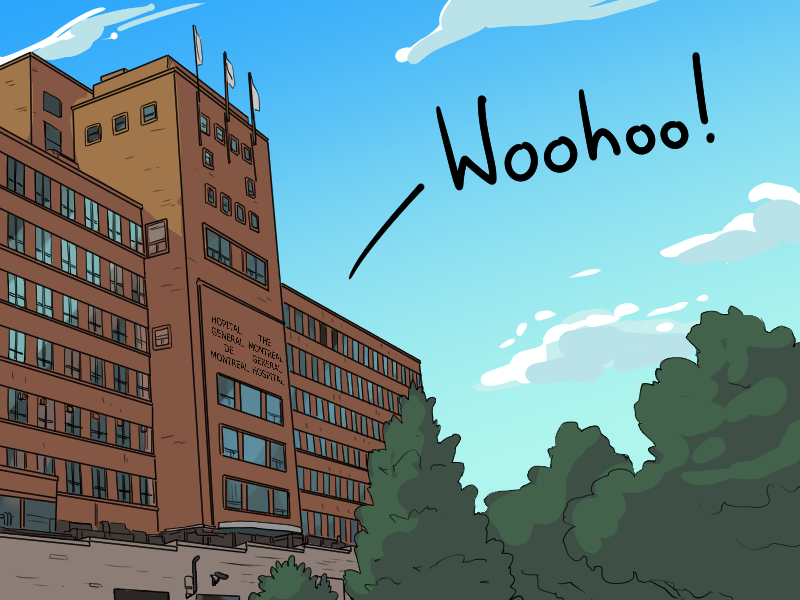 "I just want to feel the wind a bit," says Bina, breathing in the air and smiling contentedly. "I'll be good."

Kendra rolls her eyes. "I'll believe that when I see it." 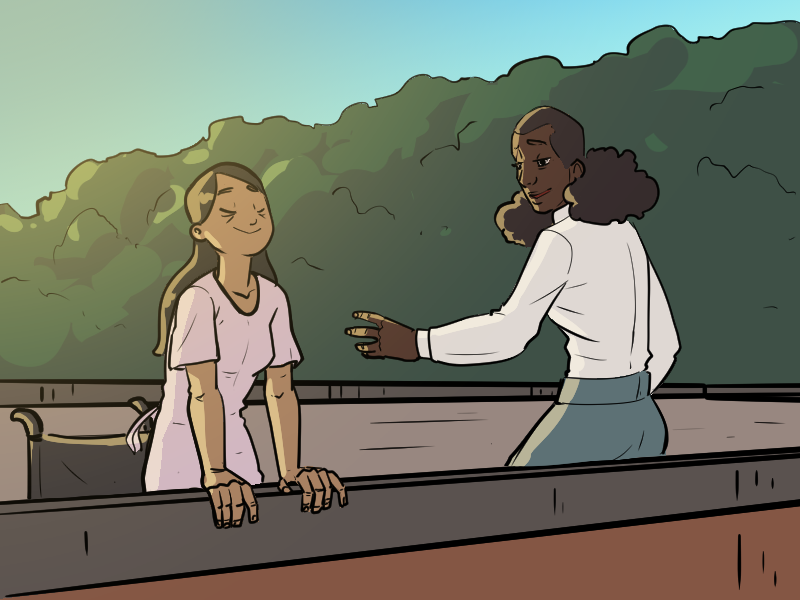 After being inside for almost two months, the sun on her skin feels like a hug by an old friend.

Kendra leans against the railing beside her, smiling at her obvious pleasure. "So," she says, eventually. "How are you dealing with it?"

She knows what Kendra is getting at, but would rather talk about almost anything else.

"The memories," says Kendra. "For me, it's still really weird - and I only have one set of extras, and only for about maybe a month of subjective time."

Ugh, they're having this conversation. 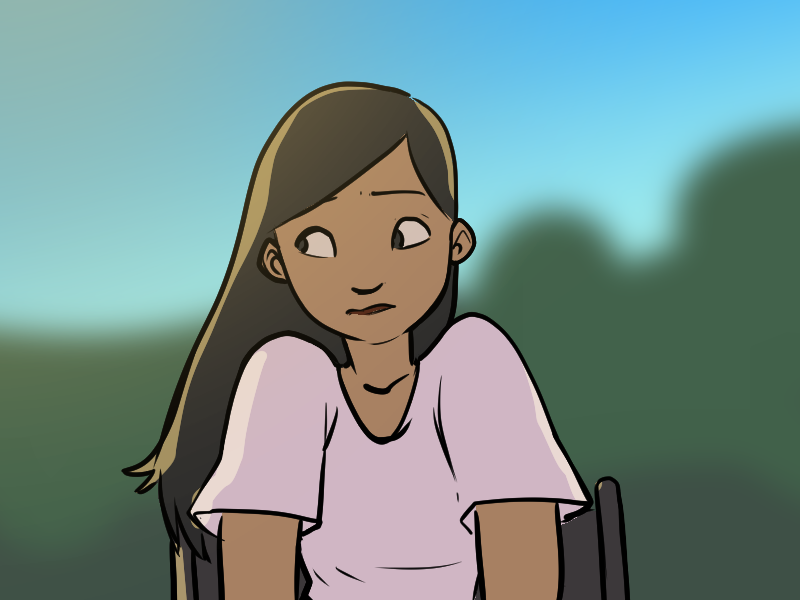 She sighs, and leans on the railing, feeling the sun-warmed crackles in the paint where water has gotten in. "I mean - I'm all me, they're all my memories, but -"

This is not an easy concept to put into words.

Beside her, Kendra doesn't say anything, giving her time to work it out.

"I still feel like Thirteen I guess," says Bina eventually. "The others are there - here - in my head, but there's a sort of… boundary between us. Like I'm looking at them through glass. I can see them - I can see them perfectly - but… the glass is still there."

Kendra nods, as not surprised. "I felt like that too," she says. "At least at first. So did the others, I think. Amie especially. Like - we were us, but also had this other bundle of memories sort of attached to us."

"That faded," she says. "Took a few weeks, but… it faded." She pats Bina on the shoulder, and suppresses the urge to wince at how thin that shoulder is, how close the bones are to the surface.

"I think I did that on purpose," says Bina. "Like - Three did. At least. To sort of delay how the memories were released. If they happened all at once well…"

She makes an exploding noise with her mouth. 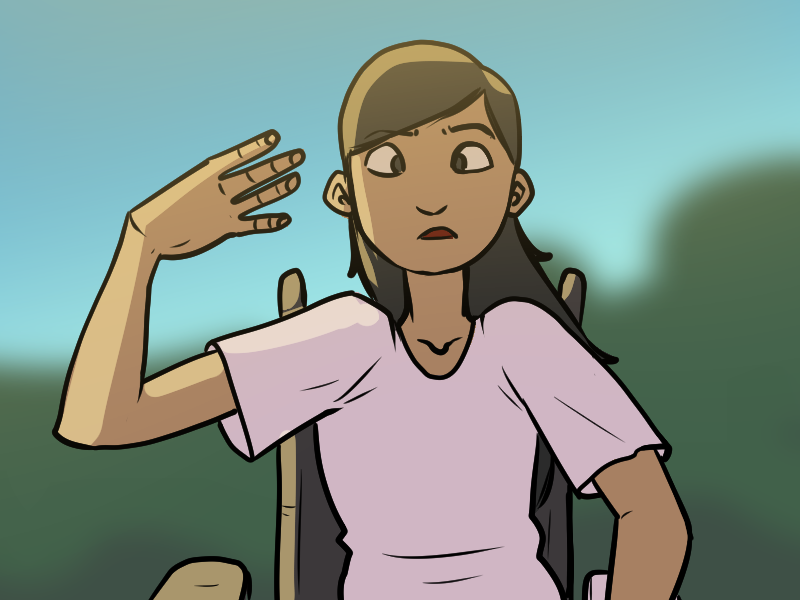 Kendra laughs, "And you couldn't make it so it didn't fuck us all up like that? Or like - not have it effect everyone all at once? It was all very well for Amie and Emmie with their whole 'sleeping in a bed like a reasonable person' thing - but I was at work! How bad would you feel if I'd banged my head open on the sidewalk after everything we went through? And then you went and got yourself a coma for two months and made us all worry!"

"Well it was very hard!"

Bina folds her arms over her chest and glares out at the city. It had been very hard indeed.

Kendra bends down and Bina can feel the tickle of her lips on the top of her head. "I am extremely glad that you are alive," she says. 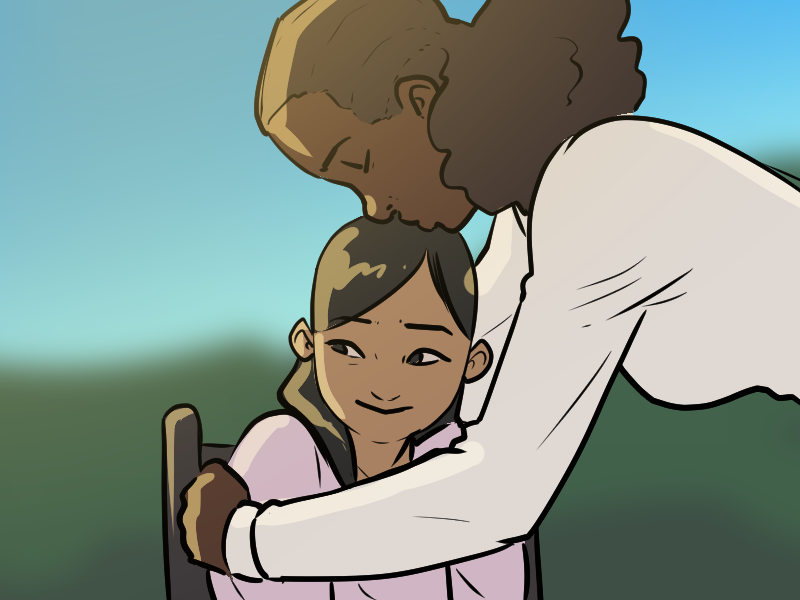 "You too," whispers Bina, unclenching a bit. The others are being so reasonable about the fact that they arrived as memories in their own heads, and not as fully separate people that it's making her feel very guilty. They'd all only been unconscious for a day or two, and it had been the only way to make the ridiculous device work properly - but still…

She looks up at Kendra, who is leaning against the railing again, looking thoughtful. Bina's eyes flick down to her hand on the railing.

"Oh!" she says, "And um - congratulations! On your engagement!"

Kendra starts, lifts her hand and looks at the ring on it with a combination of surprise and happiness.

"Hah!" she says, embarrassed, running a hand over her braids. "Yeah, Emmie uh - yeah. He - yeah, I'm still trying to get a handle on the idea myself." She fiddles with the ring, as though unsure of how well it fits. "It's not something that I ever really thought I would do but… well… you know…"

She sighs and gestures at the sky, "Love." 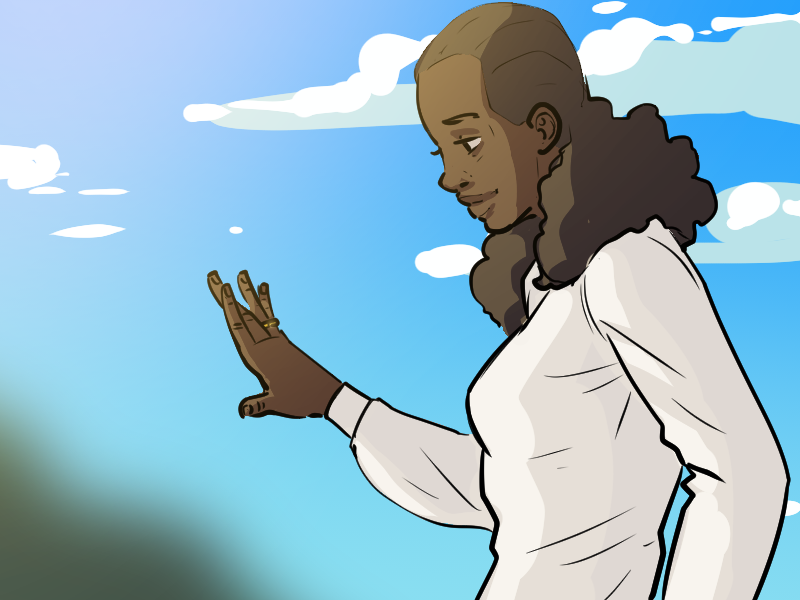 Kendra laughs, and then leans over the railing and points. "Speaking of love - isn't that your young lady over there getting off the bus?"

Bina looks down, eyes wide and spots Lash on the sidewalk, heading up the towards the hospital. 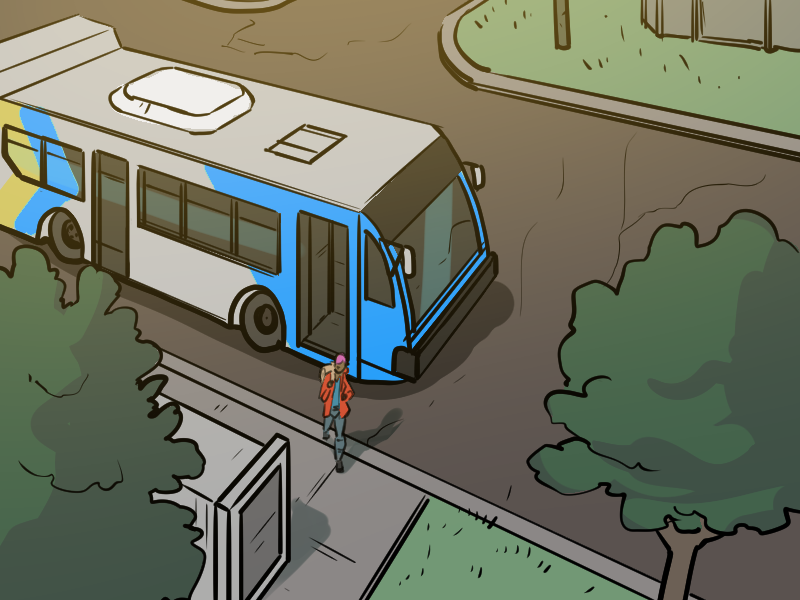 "Bina," says Kendra. "That girl just spent the entire summer in a hospital waiting for you to wake up. She certainly appears to be under the impression that you are her young lady." 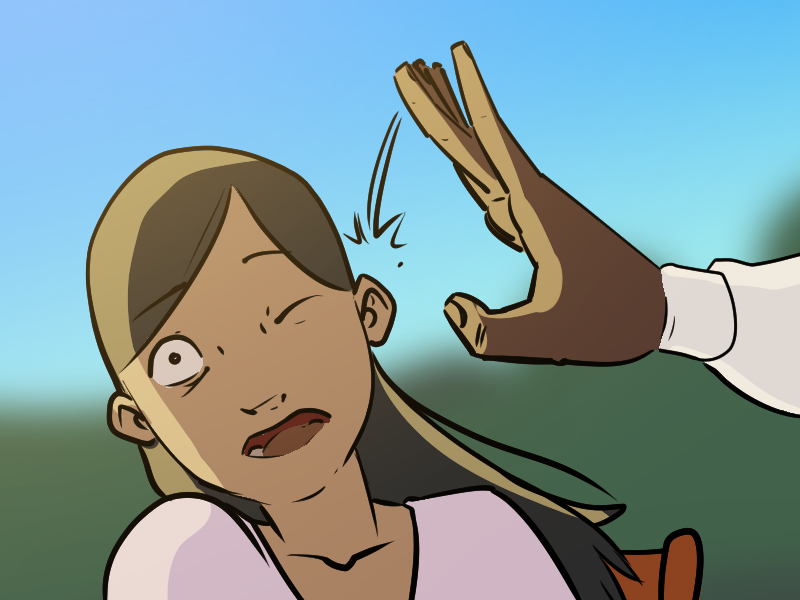 "You keep on like that, I'll do it again," says Kendra.

"You're not allowed!" says Bina, outraged. "I'm recovering from brain damage! And a coma!"

"Bina," says Kendra. "You just defeated a god. You're not allowed to have low self esteem!"

Bina hunches up even further, her eyes following Lash as she walks up the drive. "Fiiine," she mumbles. "I guess she's my girl…"

This makes Kendra look, in Bina's opinion, indecently pleased with herself. She nudges Bina in the shoulder again and says, "Good! Because she's very sweet, and if you're mean to her I'll beat you up."

"I know," says Kendra. "Which will make it very easy for me to beat you up!"

They stay there for some time, and the sun and the wind do not go away. 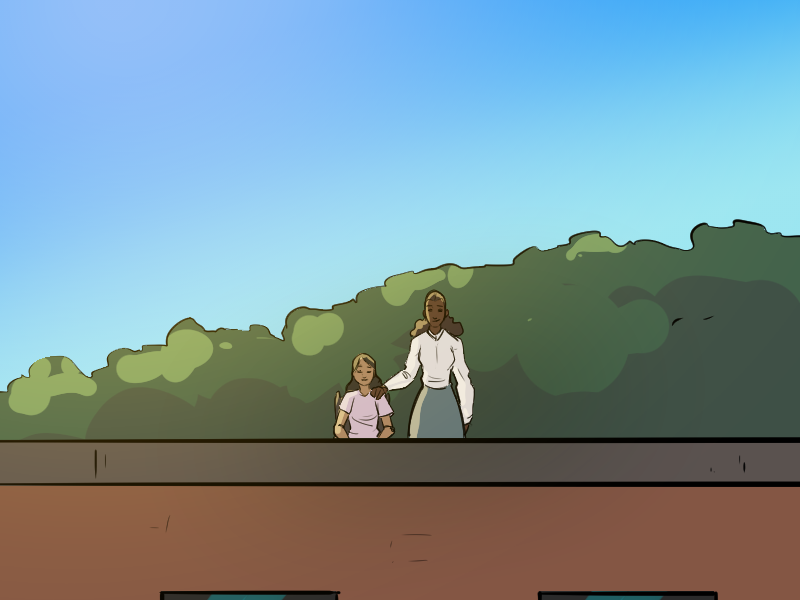 "Can I come to your wedding?"