Primary Temporal Position: 0240
Reset Temporal Position
KanjiGirl:
Before you do that, are you sure there's nothing in the room that you should try to take with you? I still think checking the place in the wall where the TV was shining would be a good idea. There might be something there.

Or… maybe she could try something else first. You know… just to be safe.

She carefully pulls the bandages back over her hand.

Maybe there was another mysterious message though right? It might have been B12! Maybe she's hidden something behind one of these bricks. Maybe her scarf? She had one, Bina remembers noticing it. She also had a coat, which Bina wouldn't say no too right now. It can't be more then a few degrees above freezing and its only adrenaline that's keeping her from shivering.

Bina checks the wall that the TV was pointing at, running her fingers along it and prying at the bricks. 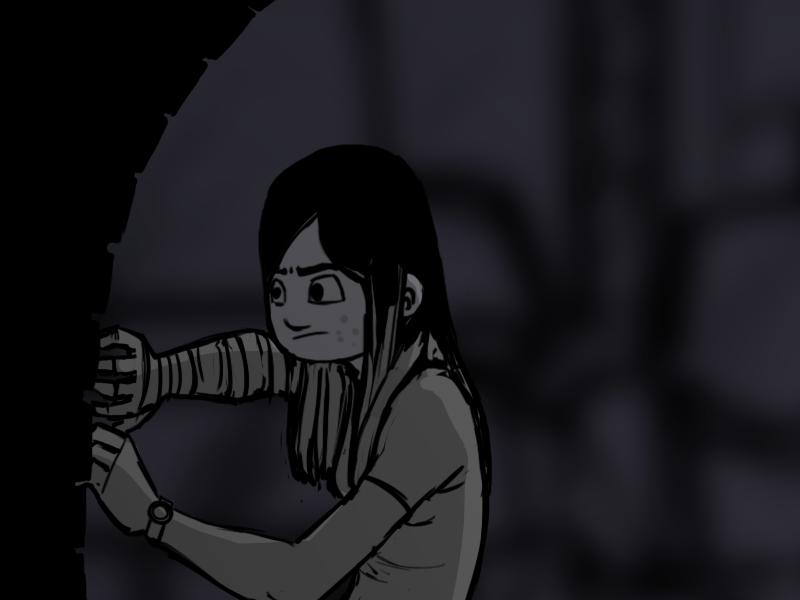 Wait… no, B12 had said that HER Kendra (K12?) hadn't gotten out of the basement in time. So she wouldn't know about this right? Or does she have some way of watching?

The bricks fail to yield any helpful time machines, snacks, or useful information.

tronn:
http://i40.tinypic.com/33mu7t2.png"/>
I guess I could draw her driving the worst Delorean?

Eee! That is pretty awesome. Thank you! Bina's life WOULD be easier if she just had one of those.