Primary Temporal Position: 2391
Reset Temporal Position
"Was that a boat!?" asks Twelve, grabbing Bina again and pulling her away from the tattered edges of the hole that said boat had torn in the world.

"Probably!" says Bina, as more random objects rain down around them. "There's several universes worth of junk getting thrown at us right now. Listen - we have to -"

"Use it! Save everyone! I'll deal with Her Greenness. You can't even walk!"

"I am bleeding quite badly."

"You're not going to fight me?" asks Twelve, incredulous. 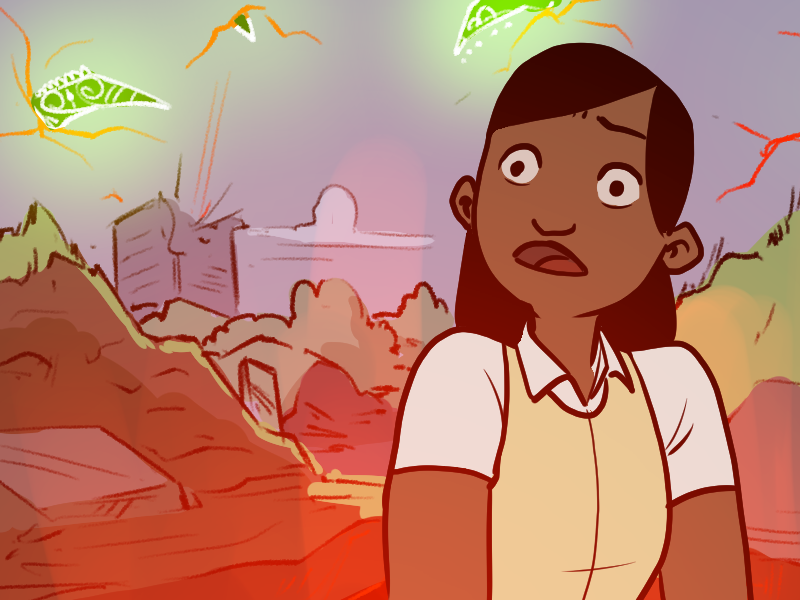 "Not this time!" says Bina.