Primary Temporal Position: 2389
Reset Temporal Position
"What's the plan?" asks Twelve slipping an arm around Bina and helping her away from the edge. "You're supposed to have a plan, right?"

"I have Six's slingshot," says Bina, wincing as she tries to put some weight on her bad leg. She really is bleeding quite a lot. Her experiment goes poorly and they almost topple over into the grass.

"The Lego thing is the bullet?" asks Twelve. "This is your plan!?"

"Yes!" says Bina, who is getting tired of everyone reacting that way. "Wait - You know how the slingshot works?"

"Hey! I'm the one who invented inter-timeline travel on my own. I've read everyone's notes," says Twelve. "Does that Lego thing even have enough entropy to make a wake? Without it, you're going to be trapped down he-"

"It doesn't matter!" says Bina, trying to get things back on track. "The bigger problem is that we have to stop the Botfly."

"Well - yeah," says Twelve. "We've been trying that for like ten iterations - 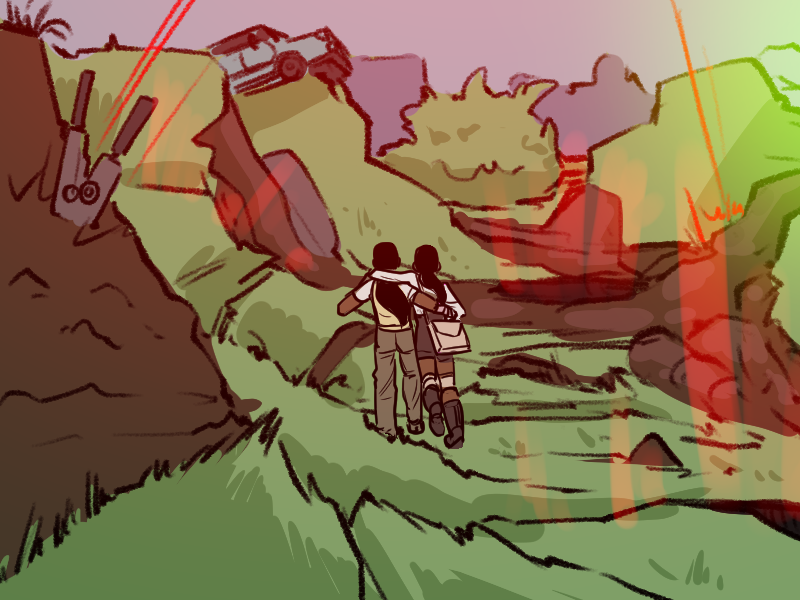 - How is that working out for us so far do you think?"