Primary Temporal Position: 2388
Reset Temporal Position
"No I haven't!" says Bina, clinging onto her own arm for dear life. "I mean - maybe a little, but not all the way! We're still on track, things are just… a little busy right now. The plan is working!?"

"This is your plan working?" says Twelve, gritting her teeth and pulling Bina up over the lip of the ledge. "Where are your friends!?" She peers over Bina's shoulder as though hoping to see Amie and the others holding onto her boots. 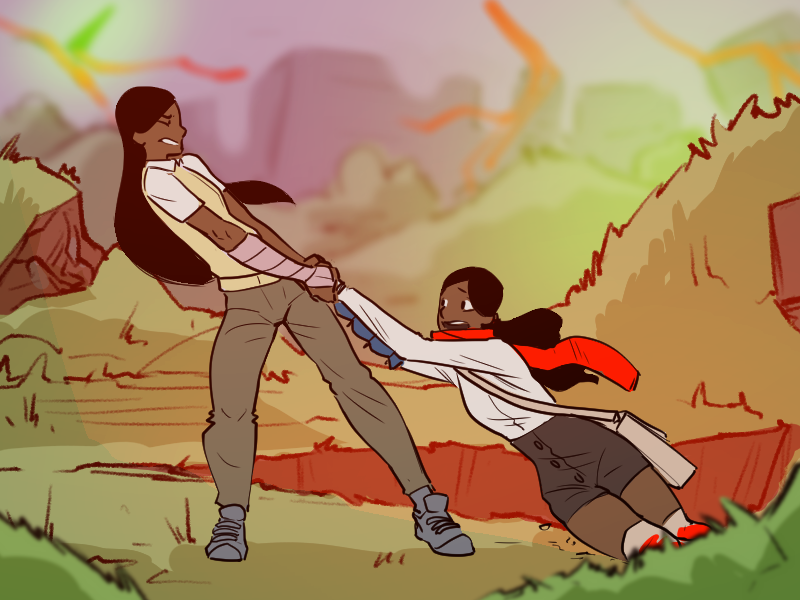 "How screwed up is our life that I absolutely believe that you're doing that?" asks Twelve.

"Pretty screwed up," says Bina. "But it's true. We can still fix this! We're not that far off the rails yet!"

"Uh huh," says Twelve, frowning. "How are your legs doing?"

"Not… so hot," says Bina, feeling sticky blood oozing in worrying amounts through her bandages. "How did you find me?"

"You seriously thought I was going to stop watching Five?"

"Come on," says Twelve. "Let's get away from the danged ledge."