It's just THIS time copy of them that's going to… stop.

It doesn't technically count as death. This is what she's been telling herself since the very first inkling of her absurd and ridiculous plan popped into her head. It's convincing - usually.

Also technically she's been destroying copies of the universe left and right, every time she's time traveled, and technically none of this is going to matter - but that doesn't stop her from wanting to tell them to run.

It also doesn't stop her feeling like a hypocrite for hoovering up all the copies of herself she could find. And Kendra, and Emmie, and Amie…

Does it really count as saving someone, if you don't save all of them? Do alternate time copies erased from existence count as you if they, quite literally, never existed?

The ethics of this situation make her head feel like it's being squished by large irregular polygons. It's why she tries not to think about it.

She needs space, even the trees overhead and the tiny fences feel stifling. 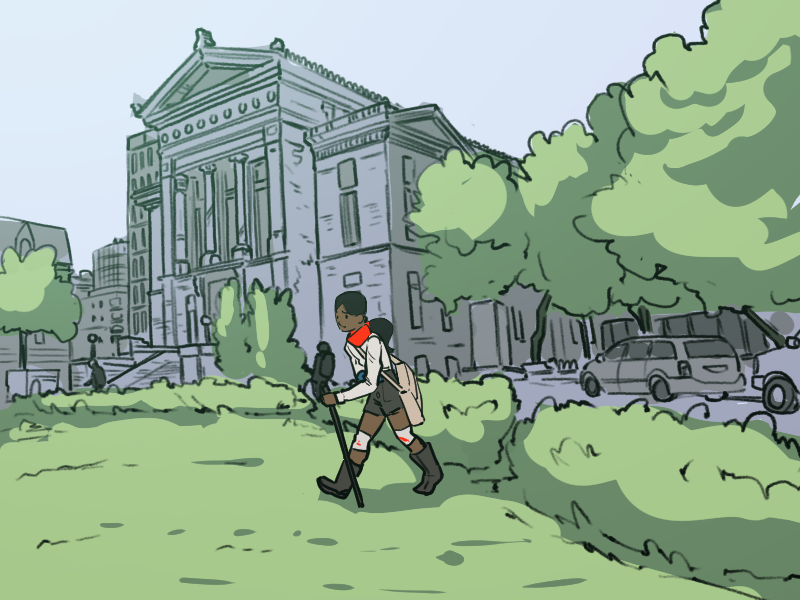 She heads for the field.

Did I set this scene here because I wanted to draw Redpath Museum?