Primary Temporal Position: 2368
Reset Temporal Position
Her mind immediately jumps to the lego. Of course it's the lego. She's stuck fifty people in there! She should have told Three about the plan - how she was going to steal all of the people affected by the botfly - but it wouldn't have mattered!

She put half a ghost dog in there.

She put a dinosaur in there!

And then she put Amie in there, which means she's not Mostly Infallible anymore and now everything is going to -

But then she looks down, and it isn't the Lego. 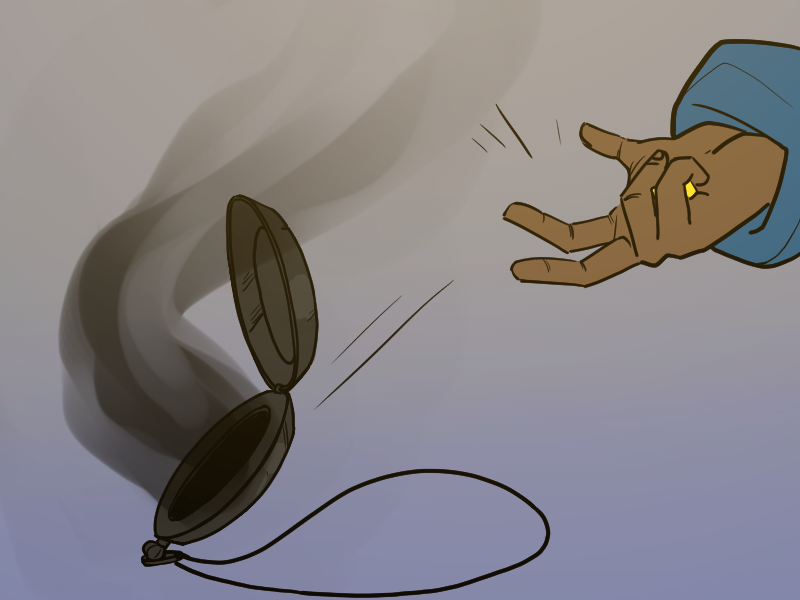 Black smoke pours from the Moment as it tumbles from her hand.